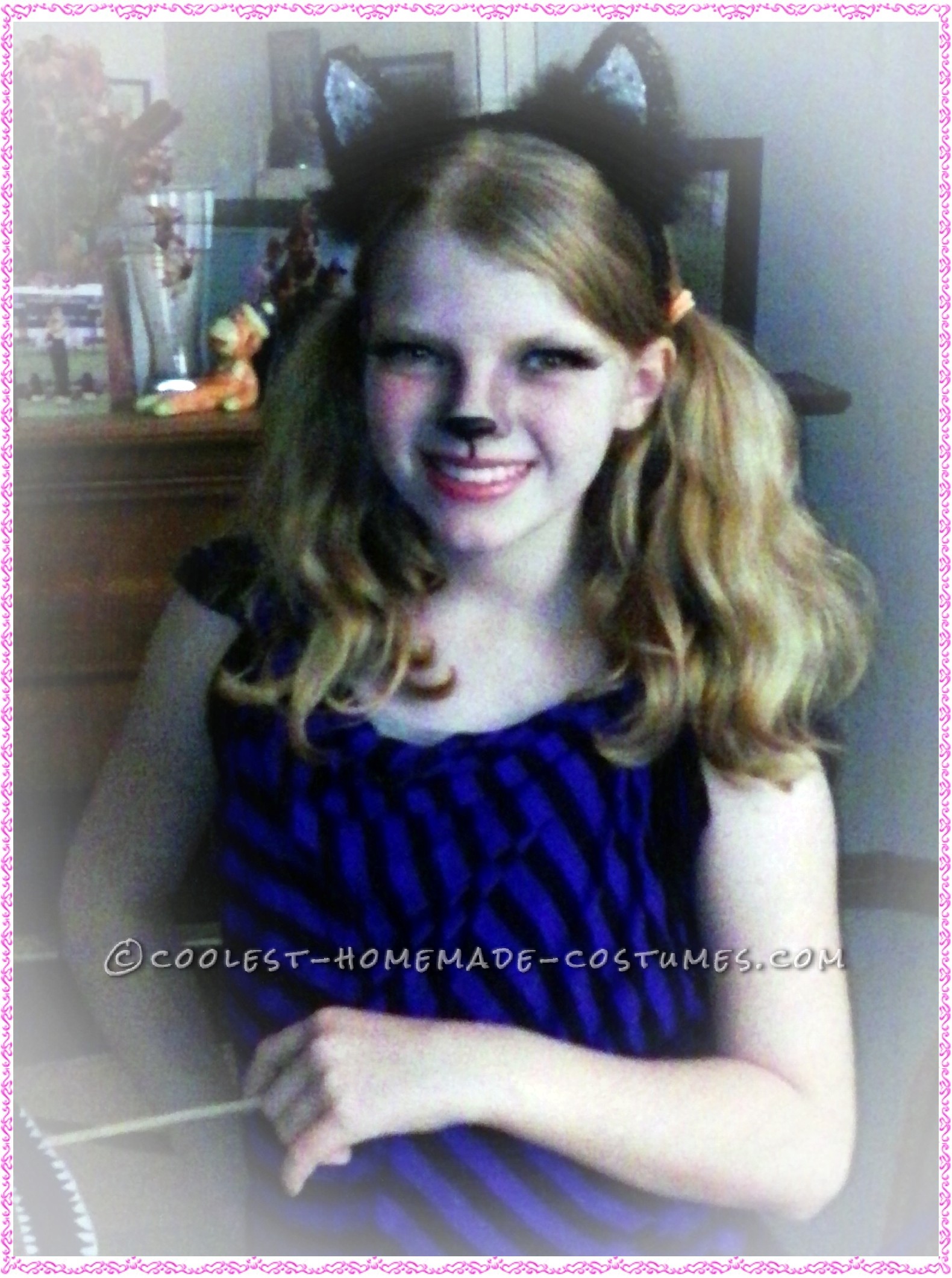 Every year, for the past 4-1/2 years, we have chosen to do family themed costumes. In 2009, we were the Addams Family. In 2010, we were the Flintstones. In 2011, we were a Pirate Family. In 2012, my husband deployed to Afghanistan for his 2nd deployment, so since we were not a “complete” family, I let our son (3 at the time) and our daughter (10 at the time) dress as they wished. This year, we were finally a “family” again, and we chose to do Alice in Wonderland. We have already chosen next year’s theme- Wizard of Oz!

Every year, we get the majority of our costume pieces at thrift stores. They are just regular ole clothing pieces that we vamp up and make into masterpieces. It is cheap and fun to do!

I was Alice. I simply bought a teal blue dress and a baking apron from the thrift store. I flipped the baking apron around to the back and then took a white sheet of felt and stapled it on to make it look like Alice’s white apron since I could not find one at the thrift store that was already white. I bought a pair of white and black striped tights at Walmart. I had the Mary Jane shoes already. I borrowed a cute blue hair bow that my daughter had. I did my makeup with pastel and bright colors.

Our 11 yr old daughter was Cheshire Cat. We got her purple and black striped shirt and black tu-tu skirt at the thrift store. She created her own costume from there. We got her a black cat ear and tail set at Walmart. She took some ball-ended ponytail holders and tied the shoulders of the top up some. She borrowed a pair of my black shoes to wear (since we wear the same size). She did her own hair and makeup. Our daughter also made a Cheshire smile on cardboard and then attached it to a cookie pastry stick and carried it around with her.

Our 4 yr old son was The White Rabbit. His outfit was the only one bought as new pieces since we couldn’t find what we wanted in the thrift store. We bought him a long sleeve, white button up top, a pair of blue dress pants, and a white rabbit ear and tail set at Walmart. He also used his sister’s black bow tie that came with her cat set. He already owned a blue dress jacket. My husband created a big pocket watch out of cardboard and then we attached it to his pants for him to carry around. We stapled the white tail to the back of his dress jacket.

All in all, we spent a total of probably less than $30 on everything. It was so much fun! 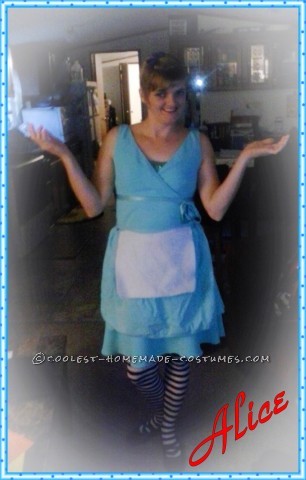 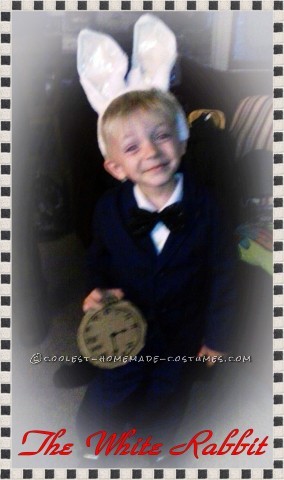 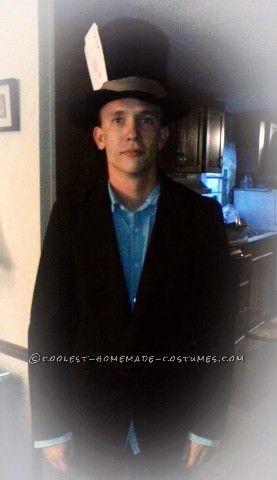 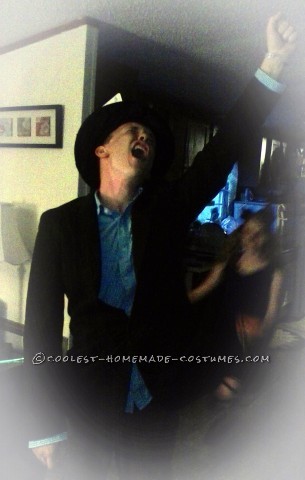