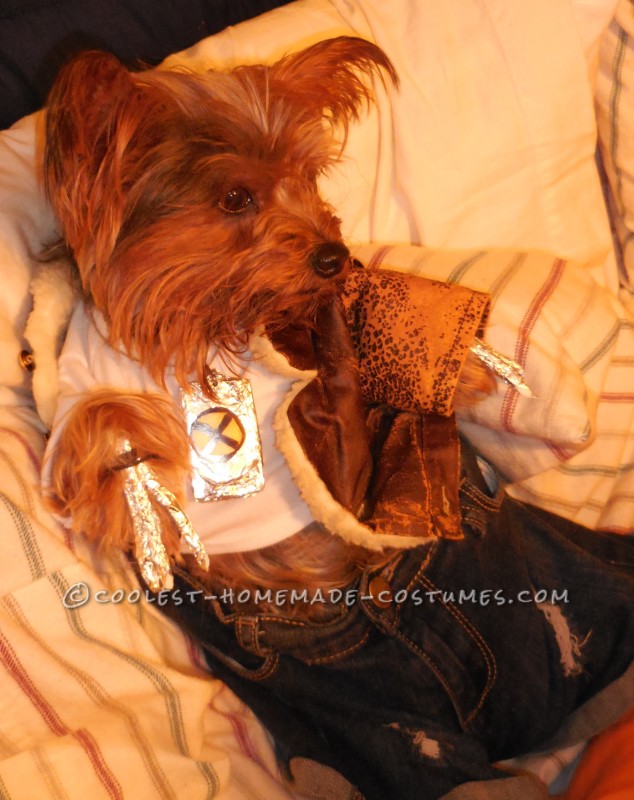 This year Halloween was not just about me. I was inspired to make my dog a part of the festive holiday. My dog has been dressed up before for different occasions with sweaters and dresses but never for Halloween. My dog is a Yorkie and she has a foxy/wolf  look to her, so I decided to get to work on finding a character that she could pull off.

I finally came up with the idea of Wolverine from the X-men. This idea took some preparing.

How I Made the Wolverine Costume

I placed my dog against the pillows on my bed to get a front view of her. This position was to help her look like she is standing or posing. I placed treats and had another person catch her attention to get her to have the effect of looking away, but still posing.

This costume was fun to make and the experience was even more laughs. The end product was all inspired by the idea that my dog acts like a human, but is an animal and who better to dress her as then as Wolverine from X-men.