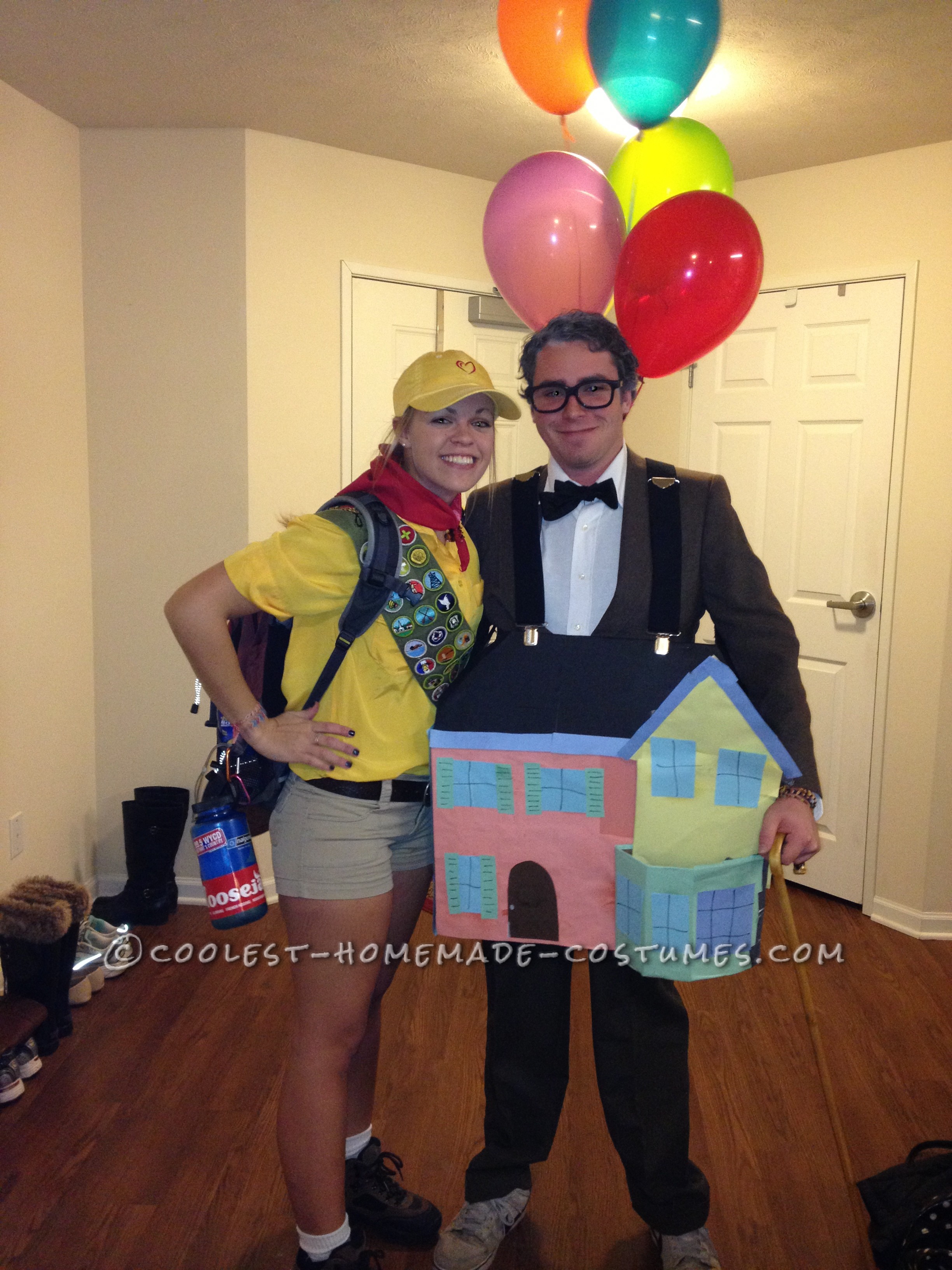 My sorority has a Halloween Date dance every year and instead of dressing as something generic I wanted to go all out with creativity, so I decided to be Russell from Up and my boyfriend, Josh was Carl Fredricksen.

We ended up finding most of our costume at Salvation Army or by using stuff we already had. My yellow shirt, hat and hiking boots as well as the “old man” suit were all found at Salvation army. I borrowed my Dad’s Eagle Scout sash which has every single badge he could ever get on it. Josh’s cane even had a tennis ball on it just like Mr. Fredricksen’s did in the movie. I carried my North Face backpack with a bunch of stuff dangling off of it just like Russell did. I attached a pan, a water bottle, bug spray etc.

We didn’t realize we were all out of the gray hairspray, so we had to improvise with baby powder, but it still worked!

The House:I built the house out of a cardboard box by cutting and gluing it together, I was able to make it look like a house this was probably the hardest part about this costume. In addition, I used construction paper to make the “siding”. To hold the house up on Josh’s body and before the dance we went to Meier and got balloons which we tied to the back of the house.

At the end of the dance Josh and I found out we were voted The Most Creative Costume and we won a box of candy – Woo hoo! But I still love winning even if it is just for a box of Gobstoppers. 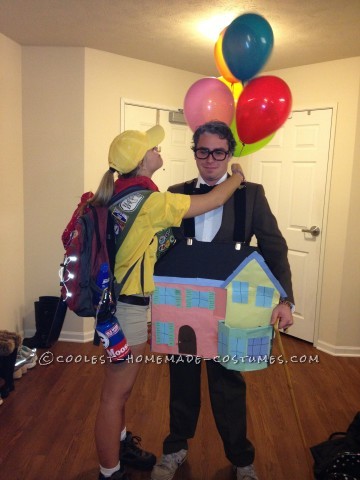 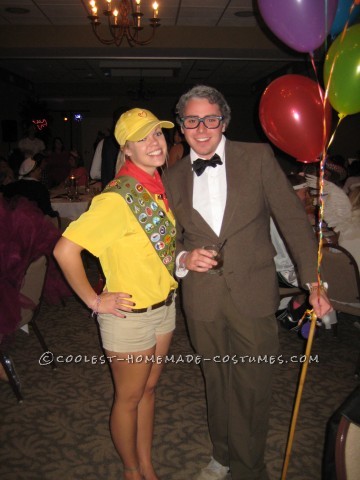 Coolest Disney Character Russell from the Movie UP with Balloons

Last Minute Russell From UP Costume

Cool Carl and Russell from Up Couple Halloween Costume