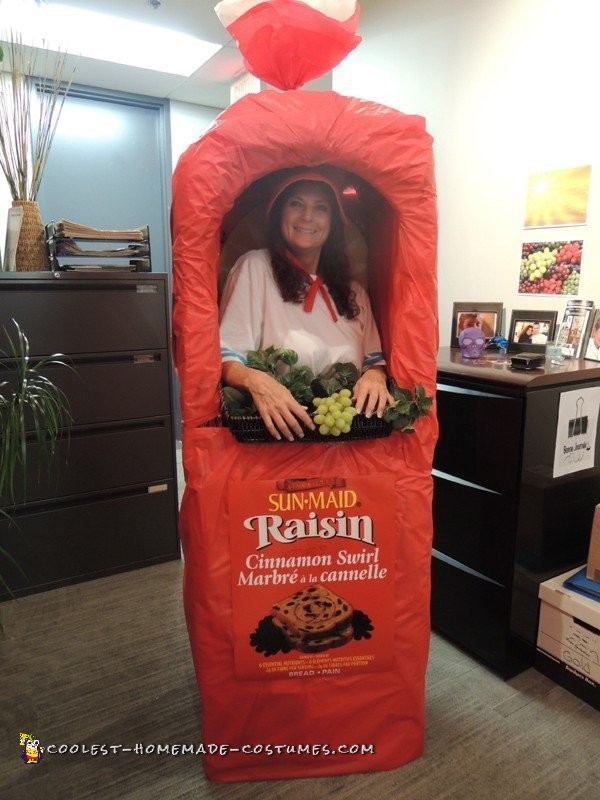 Before I begin to talk about my experience, I would like to say THANK YOU for YOUR great idea, its nice knowing there are people who enjoy this This COOL homemade costume came into effect when we had the chance to dress up for Halloween at the office. I absolutely wanted my costume to stand out amongst all the other costumes. I’ve beeb designing my own costumes for the past two years, (I always go wild because I love it) It also help me to overcome my seasonal depression during the dark fall season, dressing up helps me overcome the negativity with a positive and creative outlook.

The year 2012 was consumed with me trying to plan, design and trying to figure out how to come up with the necessary materials needed in order to make my dream costume. I was uncertain where I even had to begin with this project. I repeatedly examined the Sun Maid bread; most importantly = I wanted to be that girl! That Sun Maid girl (Lorraine Collett Peterson), she was an icon and I
wanted to acknowledge her 100 years that she had been the face of Sun Maid.

The time had come; I had to start putting all my ideas together in order to create the real thing. I invaded the garage using all the tools (imagine, this is my boyfriend’s most important room of the house) & I used this space for a full three weeks = this was a huge sign of love he showed me (Don’t you think?) (he was happy when I had finally finished)…Lol…

¨ Let’s start this ¨thingI began with rigid foam insulation to keep it holding straight up, I then taped it all together & coated it with cardboard with lots of duck tape. Now, I had to create the soft bread image so people could feel it when they touch it, so I covered the entire thing with foam = oh..oh  this was trouble. I bought memory foam that goes over the bed, thinking it would be a great idea due to its light weight. This was a nightmare, I tried to tape it and glue it but nothing was holding.

I’m so thankful a good friend of mine recommended I use furniture glue, which she luckily had since she works for a furniture company. This jar of glue was awesome! I finally felt like progress was being made. I attached some suspenders from front to back so I would walk around keeping my hands on the basket. On the 3rd day, it was time to cover it. I was planning to use a big roll of red plastic tablecloth but since it’s a bit transparent, I covered it first with red gift wrap (Xmas wrap from Dollar store) and then finished it off with the tablecloth. I
also made a door in the back, in order to create easy accessibility. I also use a yellow cardboard (dollar store) cut to fit the back for the sunshine effect & use white paint for that same look as the real one.

In order to facilitate transportation of this huge raisin bread, I made the top part detachable. The most complicated part with this project was getting my head inside the bread
comfortably. I created a type of dome with cardboard that was not too high either. I built it, I undid it, and so on three times before finally being fully content. The second time it looked more like a muffin instead of bread…Lol… I had also put an actual plastic attachment that I had kept from an oatmeal bag since it was the right size.

The Final touch, FUN PART BIGGINS = the front and the back part was scanned from the Sun Maid raisin bread bag, which I got it printed on photo paper large enough to fit perfectly, I fixed the basket to the front to keep my hands free. The funniest part was two days before “the“ day, I asked my boyfriend if he could take a picture of me in my bread (it was still in his garage) and I got it developed the size I wanted in order to have it on each side of the bread just like Lorraine Collett Peterson has her own on the Sun Maid raisin bread Since Sun Maid was celebrating their 100 years I decorated my workplace (reception) with pictures of Sun Maid products. I printed pictures dating back to when Sun Maid became the company it is today. I also brought Sun Maid raisin bread, grapes so my co-workers could indulge and they had the essentials to do so with a toaster, butter and plates etc. ready for their breakfast on their arrival.

As for the clothing, easy = bought a cheap white men T-shirt large enough & tape blue duck tape around the sleeves & collar, bought a red bonnet on e-bay & here
I am. I had placed the green grapes in my basket with some plastic leaves & a small box of Sun Maid raisins, (just in case anyone was hungry)
Finally “THE“ day arrived, I was ready!! You should have seen their reactions, it was absolutely PRICELESS!!! All my hard work paid off, It was worth every second; standing there, in my bread, beside the “toast“ place waiting for them to come to reception…WOW!! Everybody was laughing, having fun, examining every details of my bread while enjoying their breakfast. They even said I looked like her (my hair are naturally curly).

This was indeed the highlight of my year in the workplace. I was so proud of my accomplishment and success that my efforts were so worth it (not to mention that
even the owner was impressed & NOTHING ompress’him) that’s a definite WOW!! From now on, everyone will have a completely different outlook of Sun Maid bread and so will I Hope you enjoyed it as well and keep up your great work, WE APPRECIATE AND WE NEED YOU!! THANK YOU 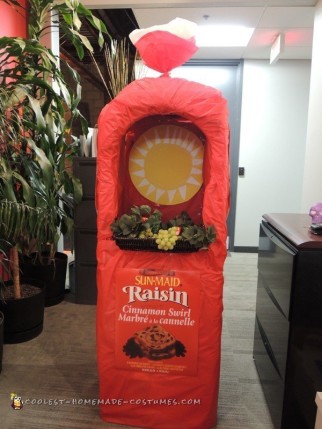 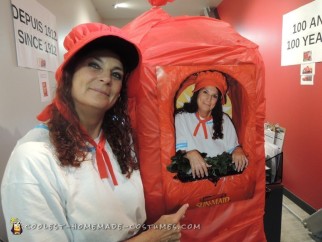 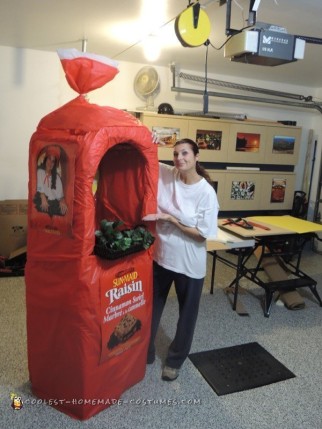 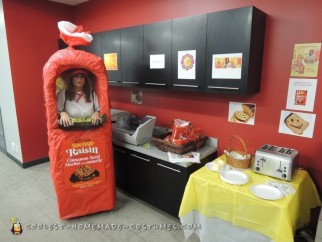 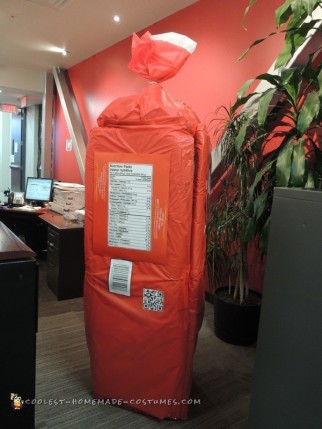 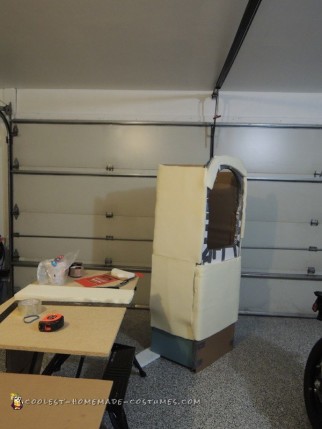