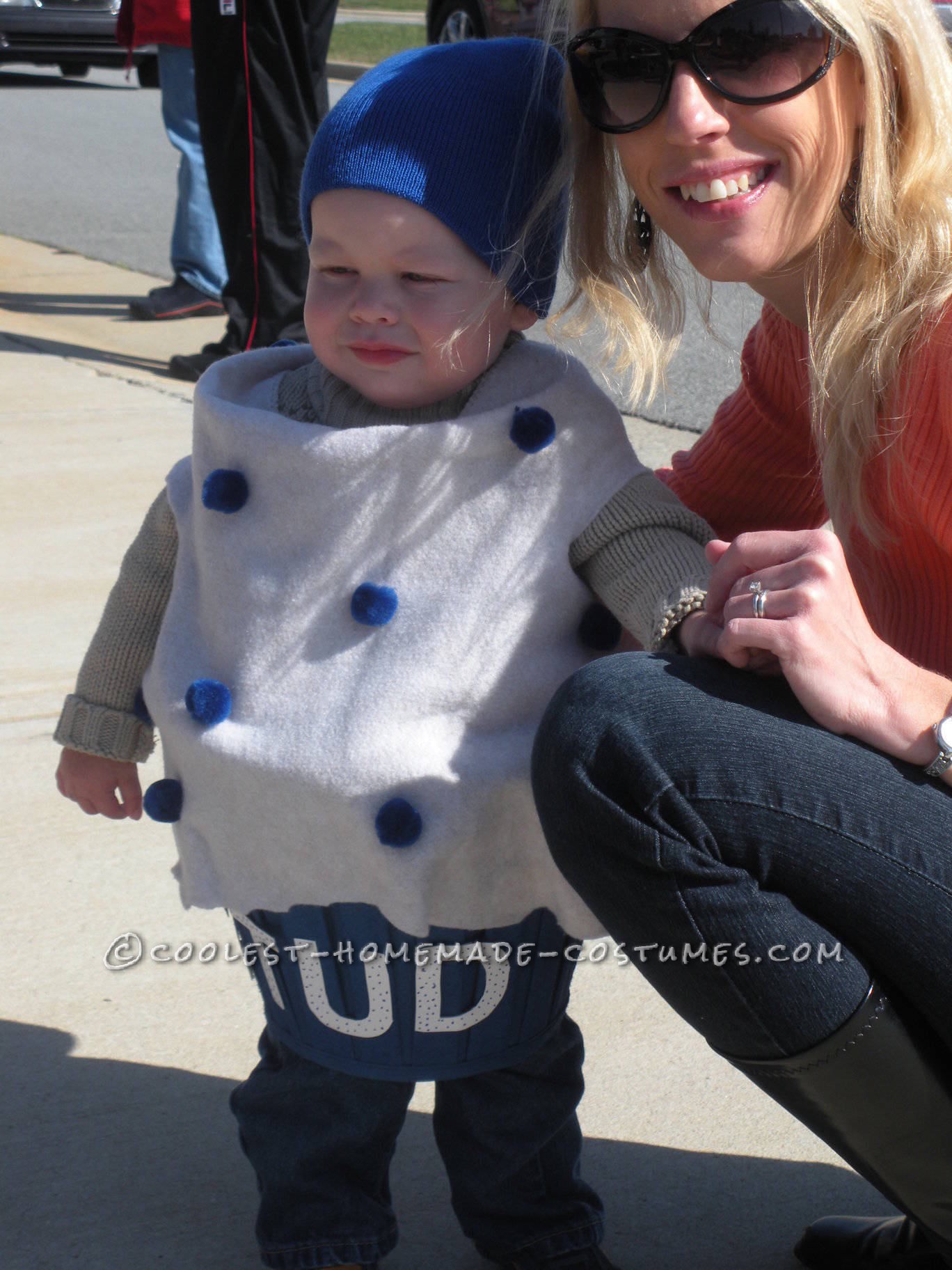 Last year my 1 yr old son Sebastian went as a “Stud Muffin”, and I must say, I don’t think that I could ever top it. I was looking for a “muffin” costume, but all I could find were girly “cupcake” costumes. So I found instructions on this site for making a cupcake costume, and adapted it to look like a blueberry muffin. I found an old lampshade at Goodwill and spray painted it blue. Then I turned the shade upside down so that the narrow end was at the bottom and attached ribbon “suspenders” on top so that the shade could rest on his shoulders. (*Hint* criss cross ribbon in the back for better fit)

Then I found a cheap tan fleece blanket (I might have paid $5.00 for it) at a local discount store and cut it to size. This material provided extra warmth for my son along with the sweater he wore underneath. I cut holes in it for his head and arms. I then sewed blue pom poms that I found at the craft store  (they probably could have been hot glued on, but I figured that my young son would probably have pulled them off.) I attached the fleece to the lampshade with Velcro, as well as the opening in the back of the fleece so that we could get the costume on and off of him

I cut out letters to spell the word “Stud” out of poster board and attached them to the front of the lampshade with sticky tape. (FYI, these letters did not stay on very well, so I would recommend a more permanent way of attaching them.) Then, I topped it of with a $2.00 blue hat from Wal Mart (also for warmth), and we ended up with the cutest costume ever. He even won most original overall in a neighborhood costume contest! 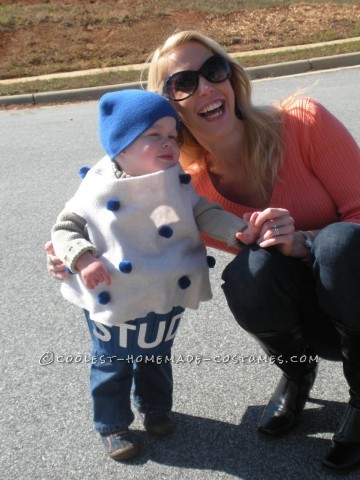