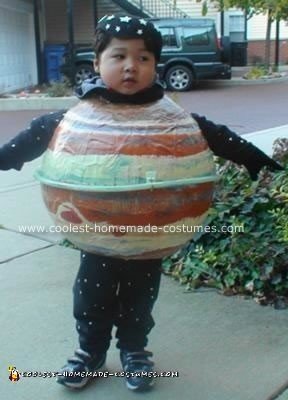 I decided to purchase the costume, didn’t have any idea that on one in the entire world makes it. I searched and searched, no luck, because I told my son Jason that it was ok that he can be planet Jupiter and made a promise. I had no choice but to make it!

This Planet Jupiter DIY Costume with Skinny Ring was a challenge, but was able to make it,also glows in the dark. He was so happy that it was worth the work. Here he is with the costume on!
What do you think? 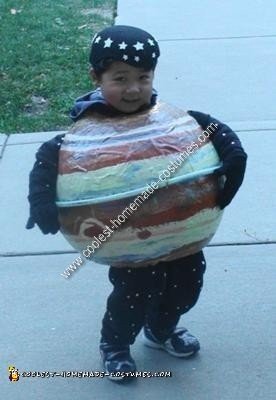 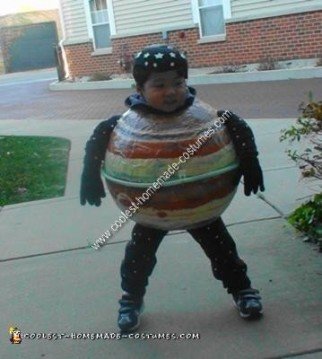 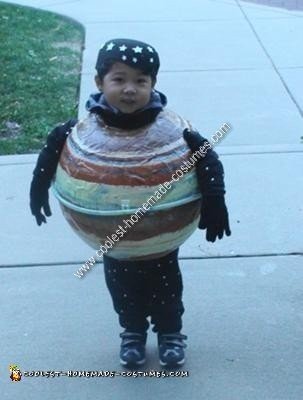