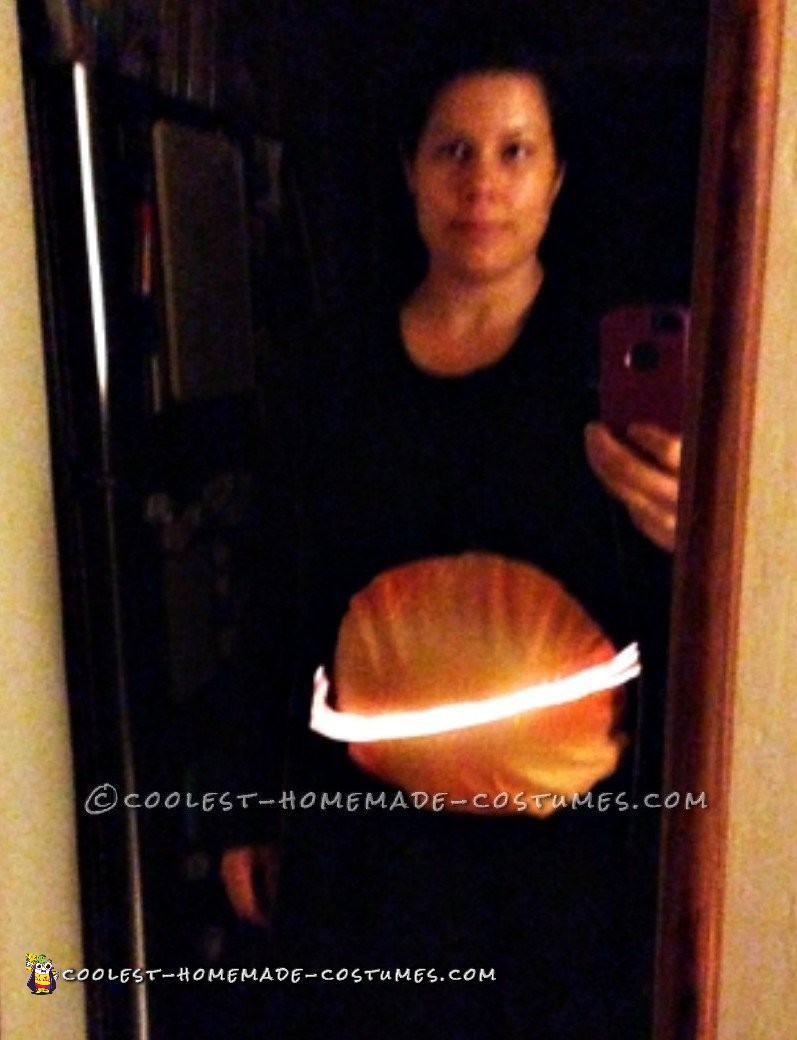 For my last chance at making a maternity costume, I thought a planet theme would be an appropriate nod to feeling like one. I decided to go for a Saturn costume as that would hopefully be the most recognizable planet, plus it was an opportunity to use something like a glow stick.

I had gathered materials over the previous weeks, but left the costume assembly until the evening of the 30th and this took about two hours.

I cut a circle from newspaper and held it to my belly to size. Then I cut out the orang-ish fabric. I was glad to have found a fabric at Jo-Ann’s that already had little sparkly accents. I sewed it to my black t-shirt with just a zigzag stitch around the edge. Then I took a 12-foot vinyl tube purchased from the hardware store and inserted two orange LED light wires, one at each end. Once the wires were completely into the tube, I wound it three times and secured it into a flat circle (to mimic concentric rings) with clear packing tape at a few places. The rings were suspended from a piece of fishing line on each side that went over my shoulder and head (like wearing a shoulder bag), and the battery packs for the LED lights were tucked into my back pockets. The lights glowed nicely while we were trick-or-treating and it was super easy to wear. So overall, the reward/effort ratio was a success!

I got great reactions from kids and other parents who seemed happy to figure out what I was going for, and maybe everyone just loved the idea of Saturn. I am glad I took my turn with a maternity costume and encouraged other mommas-to-be to just dive in. With earlier pregnancies, I was disappointed with store-bought costumes on both fit and concept. Many thanks to websites like this one where ideas can be shared! 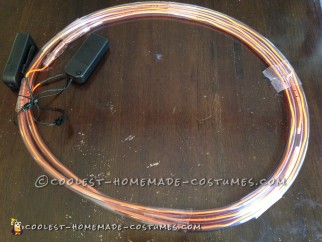 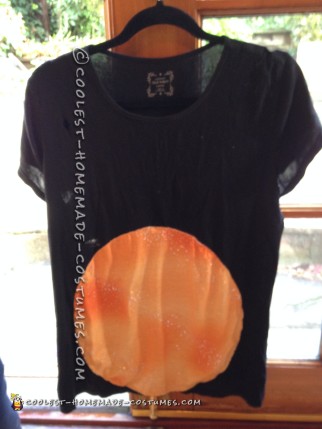 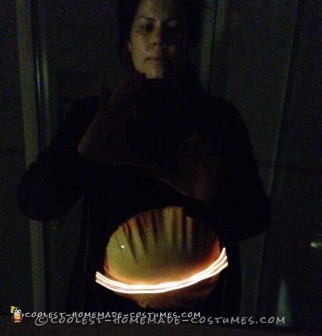