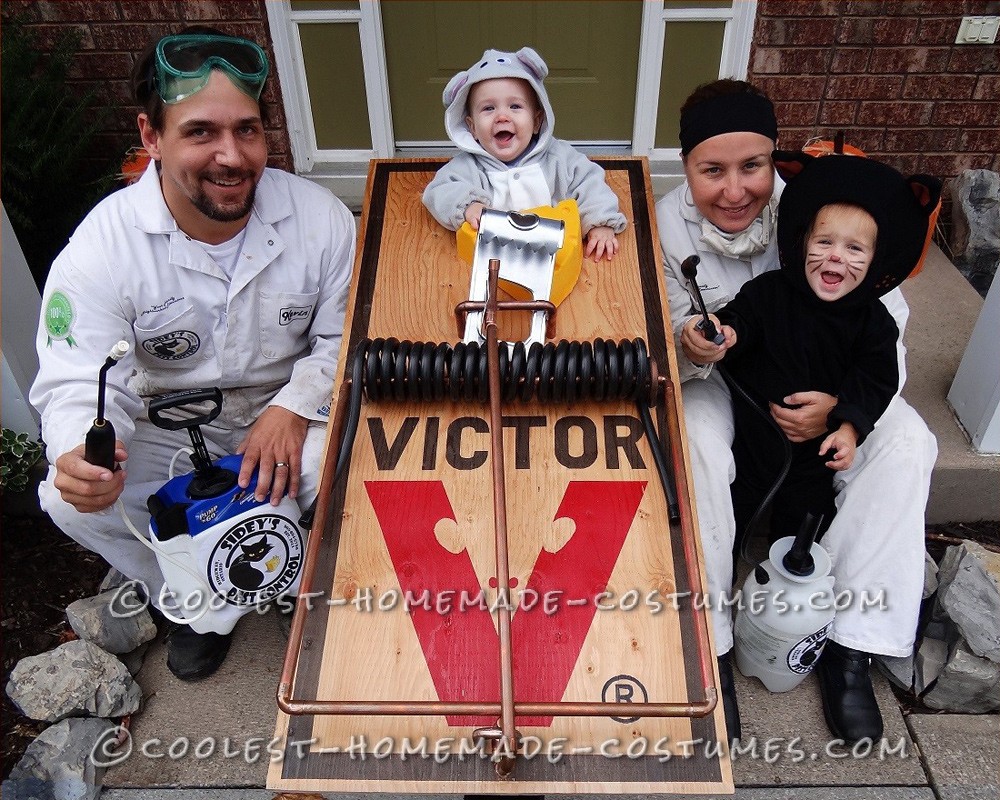 I saw this mouse trap/wagon idea online a couple years ago and thought I’d like to make one as I thought it was the cutest thing. When our son was born, it was pretty much a given I would go ahead with it for his first Halloween, which was this fall. While in our shed one day, I happened to look over and see a scrap piece of ¾” plywood that appeared to be a perfect size – I sat it over our wagon and it was meant to be! I brought the plywood inside and started drawing up the graphics.

Once it was drawn up, I taped everything off and spray painted the black border/lettering, followed by the red ‘V’ (the trademark logo was added afterwards with a marker). Then I began to work on the hardware end of it. I wanted to make the trap as realistic looking as possible and had yet to see a trap with a convincing looking spring and none seemed to attempt the catch mechanism. I settled on using some scrap 3/0 black wire for the “spring”, which I bent around a post to coil it, then worked it smaller by hand (this was the worst part of the project). The catch was made from a sheet of aluminum I had, which I cut and bent to match an original trap – I left it bare aluminum in color as I didn’t want a painted object within reach. I smoothed out the edges, but chrome door edge guard was added as an extra precaution.

The bars are ½” copper pipe/fittings, most of which I had leftover from some recent renovations. The mouse/cat costumes and foam cheese were bought – the cheese is actually a “hat”, so I stapled the elastic chin strap to the opening in the plywood so we didn’t have to worry about him throwing it overboard. Also, a couple 2×4’s were mounted on the bottom side with ‘L’ brackets to hold the trap securely in the wagon. I originally planned to have the trap “closed” like the others I’ve seen, but while making the lever/arm up, I thought it would be neat to take a different approach and build the trap so it is “set” since the mouse is obviously still alive and this was also something I hadn’t seen anybody else attempt. Having him hold/play with the cheese shows we have one sneaky mouse that got away with it! The idea snowballed to include our daughter as a cat and eventually ourselves as “pest control”.

I designed our fake company logo/coveralls and applied everything with homemade iron-on heat transfers. The goggles, respirator and round spray bottle were items I had in the garage and the second square spray bottle was picked up on the side of the road on garbage day. Coveralls were cheap/used from eBay (I couldn’t find white locally). The costume was a huge hit with everyone that saw it – many were saying it was the best costume they’d ever seen! We only had one contest locally that didn’t really crown a winner, but awarded prizes to several of the best costumes in no particular order, the announcer told me off to the side that it was the best he’d seen though. :)

It was an extremely fun project and the trap will hang in my garage now – great memories! 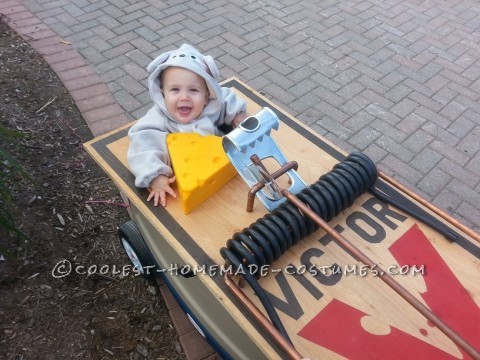 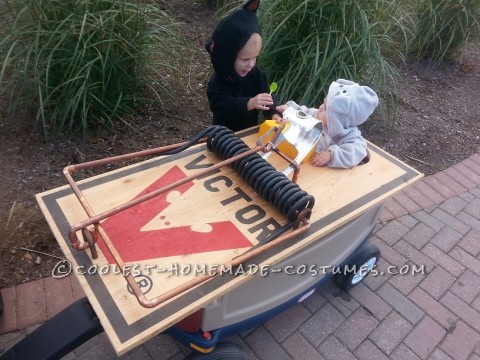 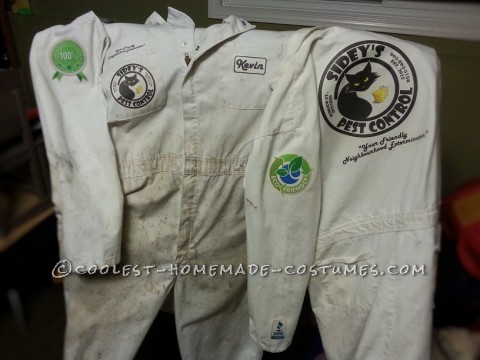 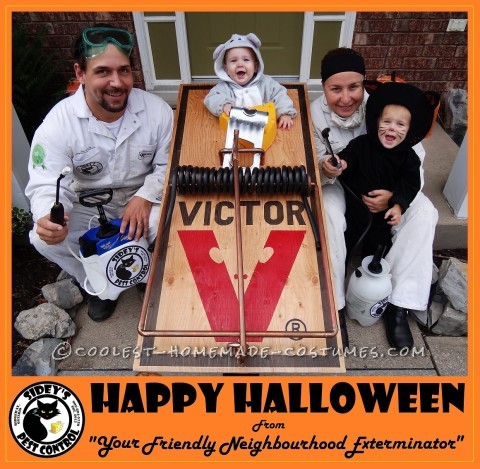 Baby Mouse’s First Halloween Costume (And he got the Cheese!)