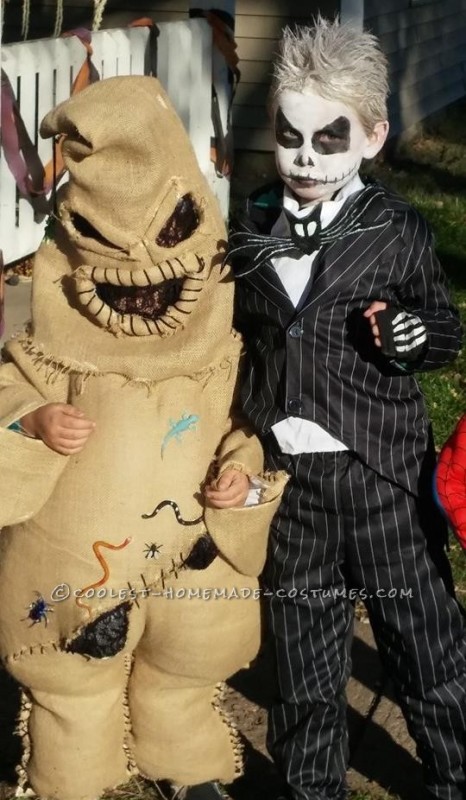 My five year old wanted an Oogie Boogie costume and he said it must have bugs, so we agreed. It took several days and some blood, burns, tears, and late nights to complete it.

We used three yards of burlap, an inside liner with stuffing, hot fabric glued most of it, then hand sown the rest. The hardest part of this costume was getting the right shape and face for the head.

The Jack Skellington costume was made out of a large zombie gangster costume. We had to cut it at the bottom of the second button and angle it to make the coat tail. Then we cut the coat tail to look tattered. The bow tie was made out of felt paper, pipe cleaner, white out and glued to the tie that we rolled up and glued together. The hands are Skellington gloves, hair is spray paint and powder, and then face paint.

Sally was made by my sister, make up included. I don’t have too many details for her costume but its 100% homemade with love. The night of Halloween we played the sound track to nightmare before Christmas on our phone and stuck it in their bucket so that whenever they went to the door, they had a theme song. Kids were stopped all night to take their pictures and was told by everyone that they were by far the best costumes they had seen all night. My Oogie Boogie did have a problem tripping over his self we counted six before we made him slow down and hold our hand. But don’t worry, he had enough padding that he never got hurt. 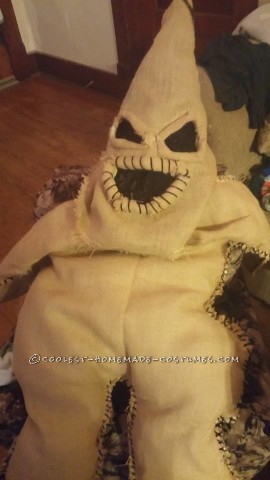 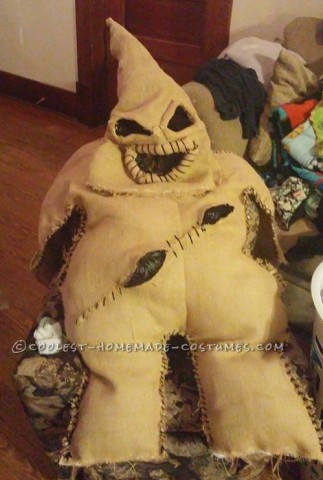 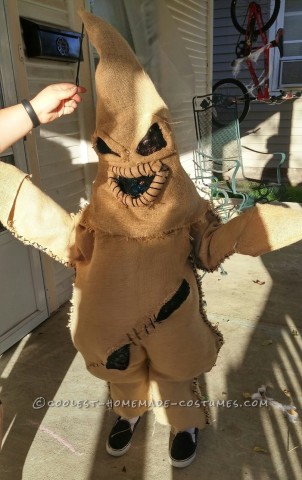 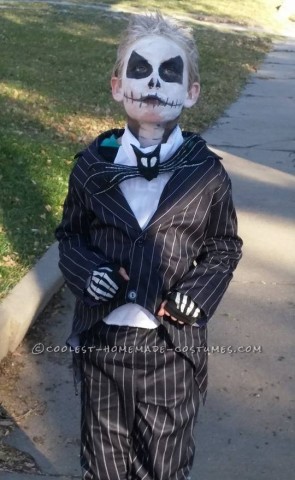 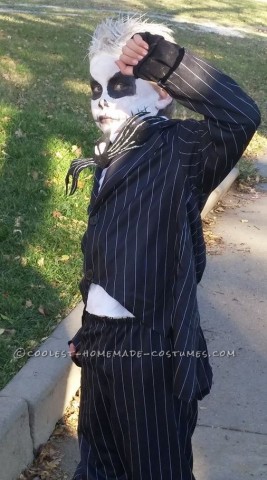 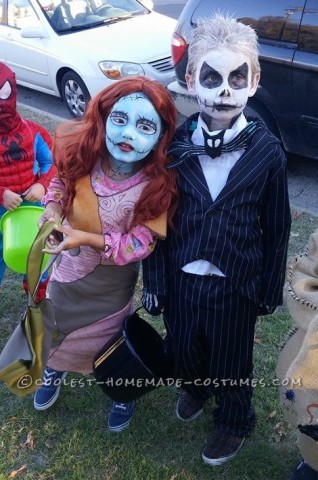 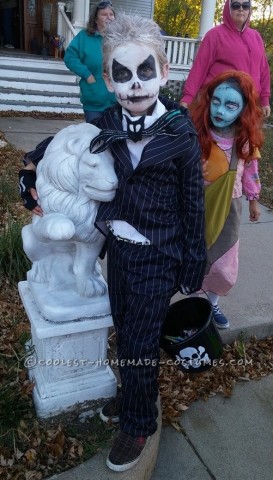 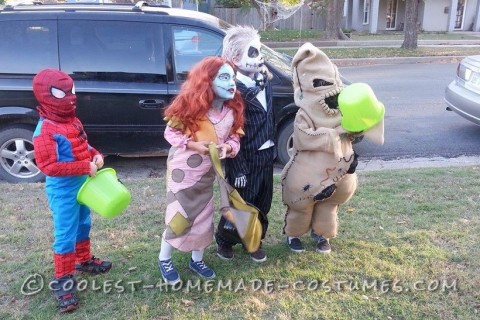