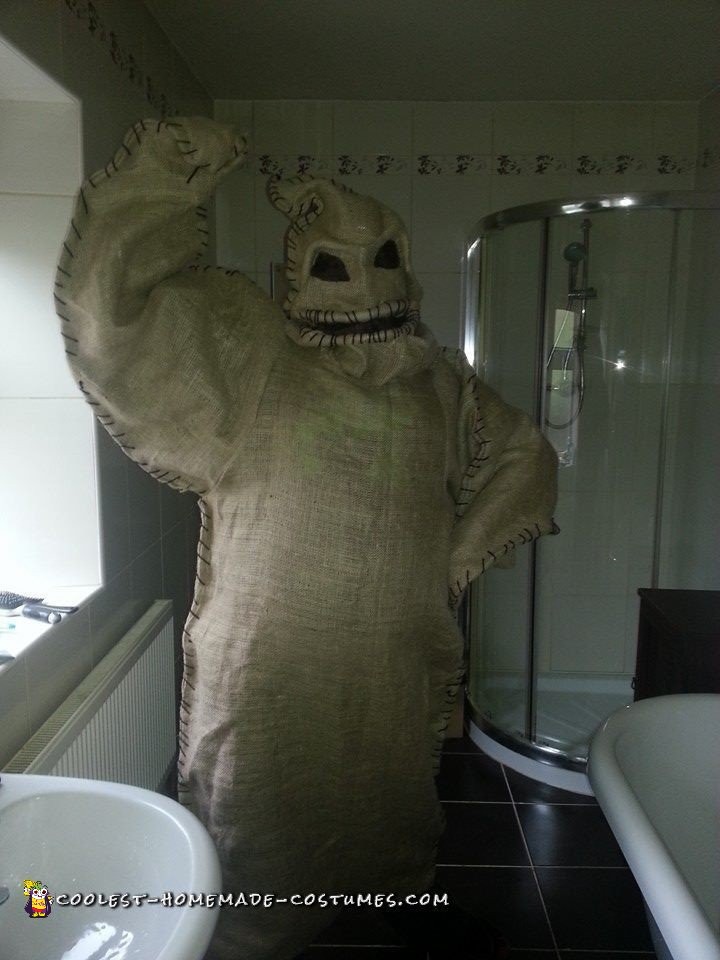 The Nightmare Before Christmas costume took about 2 weeks to make working on it at night after college for a few hours. It was all handmade by me, no sewing machines or anything were used to make it.

The reactions we got for it were amazing! Everyone was looking for pictures with it (at one stage we were stopped on the street for a good 20 minutes just taking pictures with everyone). It really came off great and was definitely the highlight of our group of mischevious villains!

It was made very easily using a few meters of burlap fabric, thread, black yarn, copper wire, a sharpie and tissue paper.

Making This Nightmare Before Christmas Costume 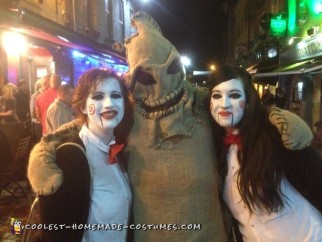 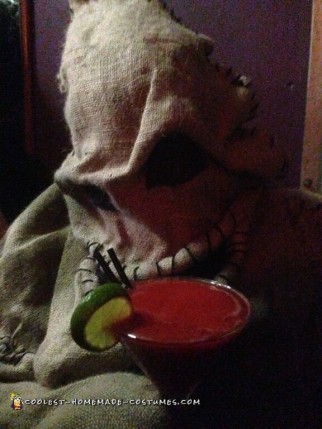 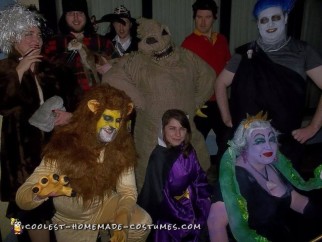