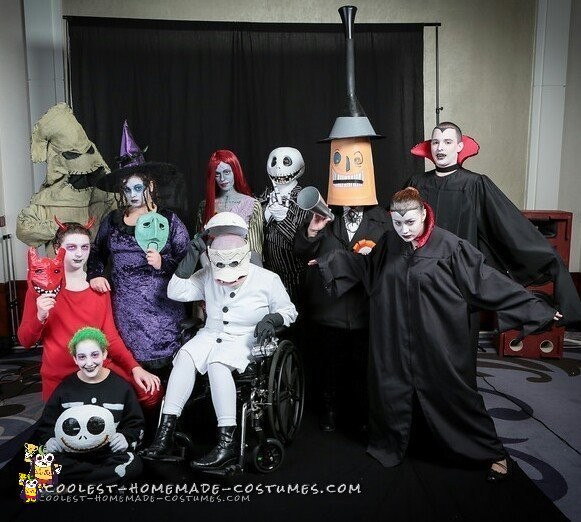 Like a snowflake tumbling down a hill, it gathers more snowflakes until it becomes a big beautiful snowball. Cosplaying The Nightmare Before Christmas started for us as a single snowflake. The love of cosplay began long after the love of the movie, it just seemed fitting that they become one someday.

As little girls, dress up was always a favorite thing to play. Having three girls it was inevitable to have one child who would develop a passion for playing dress up as a teen as well. Taking her to anime conventions fueled that passion. It didn’t take long for us all to get the bug.

The first year we did The Nightmare Before Christmas cosplay we had a few months to put 7 costumes together on a very limited budget and limited talent pool. The biggest challenges were Dr. Finkelstein and the Mayor. We all took part in the creation of each costume, searching Goodwill’s and the internet to find just the right items that could be altered and revived into something completely new.

The second year we grew to 10 and reworked some of the costumes and created new ones.

Sally’s dress was made by patching pieces of similar patterns and shapes to the original character together. The base style of the dress was a simple sun dress pattern.

Dr. Finkelstein head was made by using paperclay over a playground ball and the bills from 2 baseball hats for the mouth. The challenge was to create his head with a hinge to show his exposed brain.

The Mayor’s head spins and the jacket was made using a hoola hoop and a London Fog raincoat. The base for the head is a tomato cage and a hat that sits on the wearers head and with minimal effort can rotate to show his”2faces”.

Oogie Boogie was made with burlap. We used the person as a template by tracing him from head to toe front and back to create a pattern. His head was molded on again,a tomato cage. His facial features were sewn and molded with liquid starch to stay stiff.

Jack’s jacket was a Steve Harvey little boys suit jacket that was very long. The jacket was cut very short in the front and those remnants sewn on the back for tails. Wires were sewn in the seams of the tails for stiffness and animated effect.

Anything is a challenge when you have 10 people involved!! 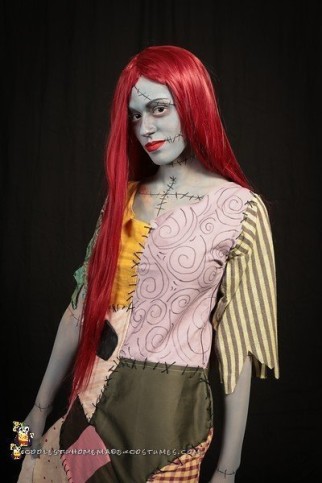 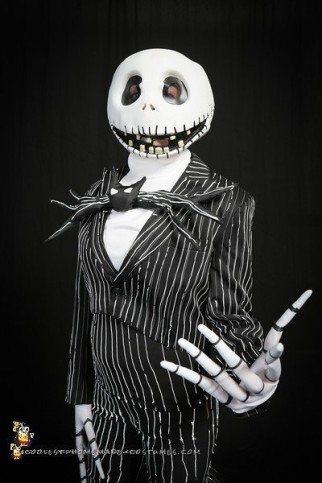 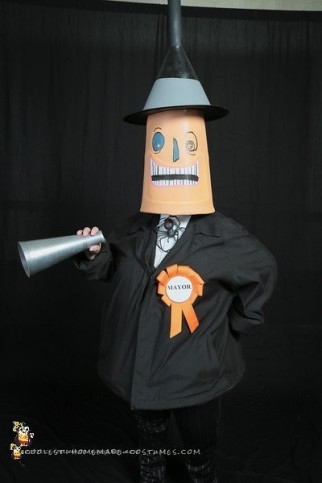 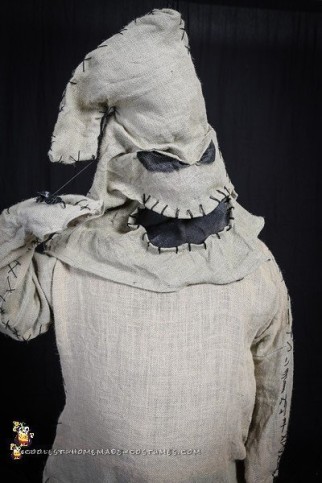 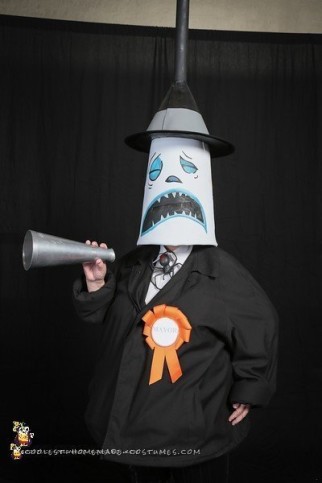 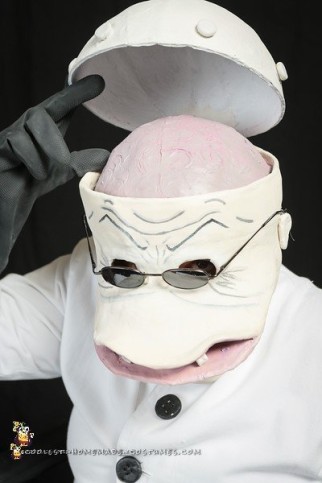 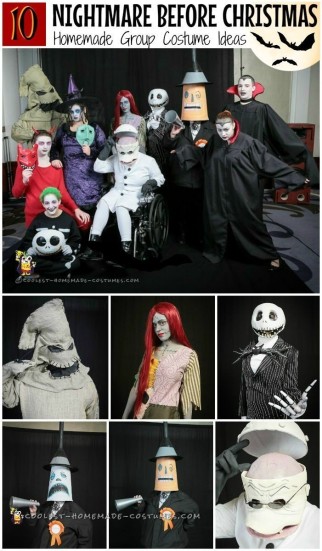