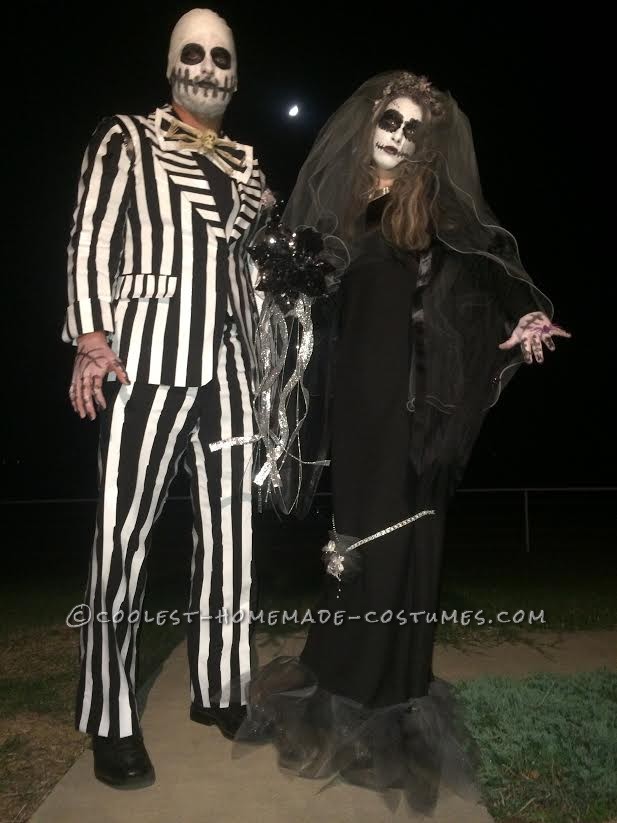 How did we come up with this Mr. & Mrs. Skellington costume idea?

A couple of years ago I was shopping for pumpkins at a local store. Carving pumpkin has always been one of my favorite activities for Halloween! As usual I was taking my time trying to find the perfect pumpkin for the design I was wanting to carve, but I was starting to get discouraged as each pumpkin I selected seemed to be sinking in or extremely lumpy. I was about to give up and walk out of the store when I heard a males voice say, “Do you need help finding a pumpkin ma’am? I am sure I can assist you for I am the Pumpkin King”.

This made me laugh as I turned around and said, “The Pumpkin King? I think not! I don’t see Jack Skellington!” We laughed and I allowed the “Pumpkin King” to help me find the perfect pumpkin. Being that he was 6’4 he was able to reach pumpkins I couldn’t even see and I was very satisfied with the pumpkin he selected for me.

As he escorted me to my vehicle he asked if I would be available for dinner sometime in the near future, thus starting the beginning of our relationship. We are now engaged to be married, so this year we wanted to create our costumes as a couple. It was easy enough to decide which characters we wanted to be; however Jack Skellington does not have a bride so we decided to create her! Being Mr. and Mrs. Jack Skellington not only symbolizes the beginning of our relationship but also our eternal love in our marriage and in the life after.

What items did we use to make this costume?  And how?

What reactions did we get when wearing this costume?

We had reactions of all sorts! Some marveled at our work, others were standoffish, and a child even screamed! All were compliments in our eyes! We plan to keep our costumes for years to come as memorabilia not only because of the hard work that was put into creating them but also because of all the fun we had while we were in costume.
What inspired us to create these costumes? Why should you pick us as your winner?

What inspired us were the first words ever exchanged between the two of us. “Jack Skellington the Pumpkin King” story of how we met will never get old. We think you should select us as your winner not only because this symbolizes our love story but also because of all the hard work and detail put into our costumes! 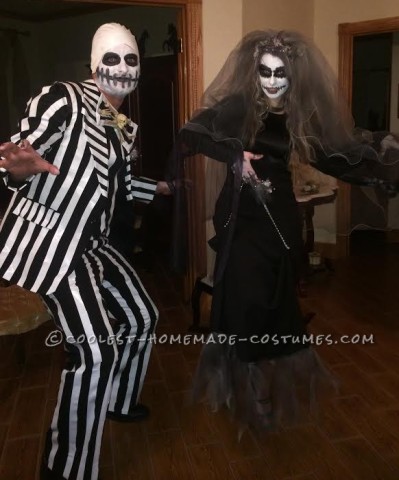 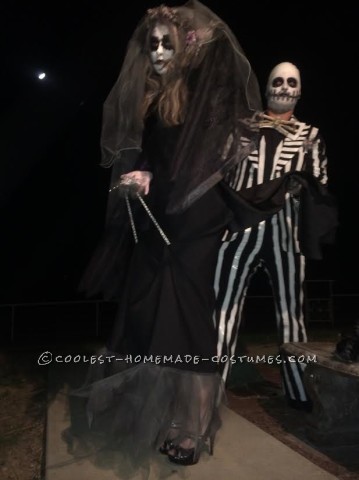 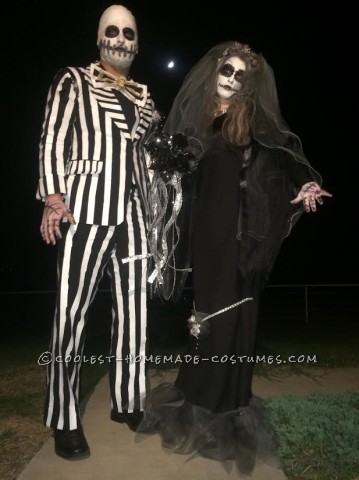 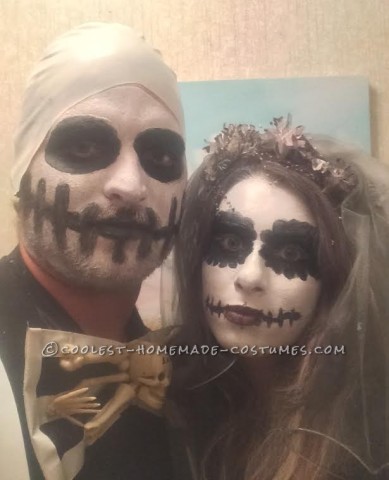 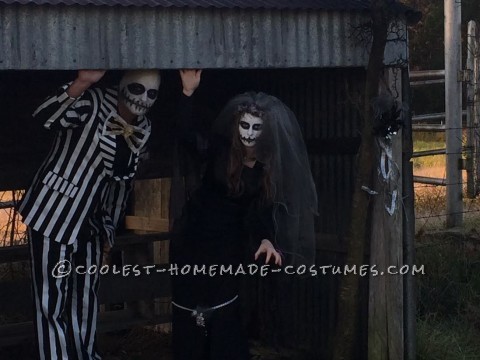 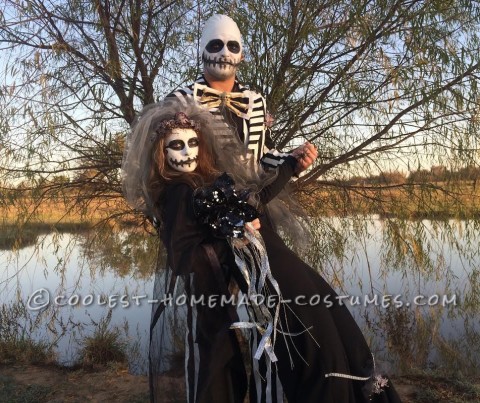 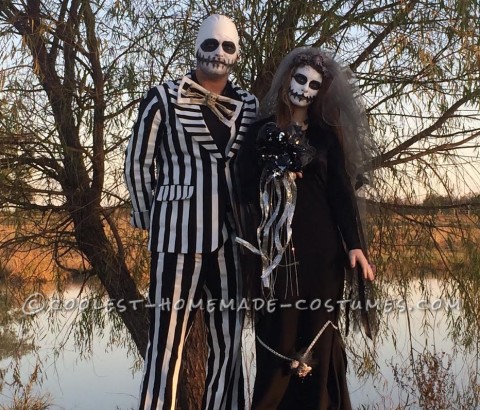 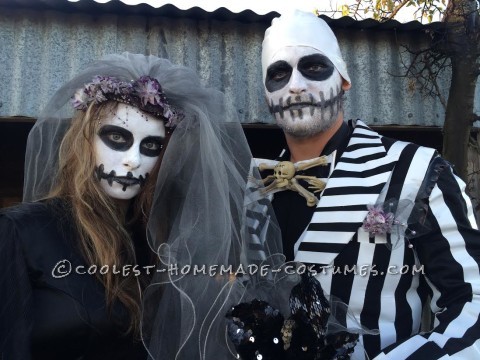 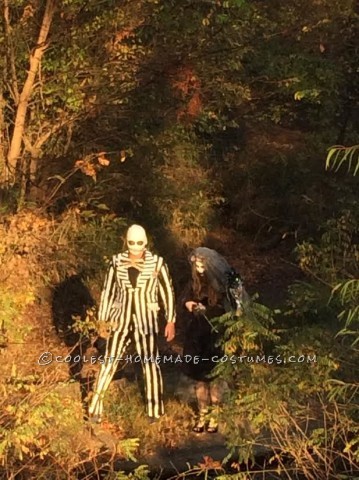