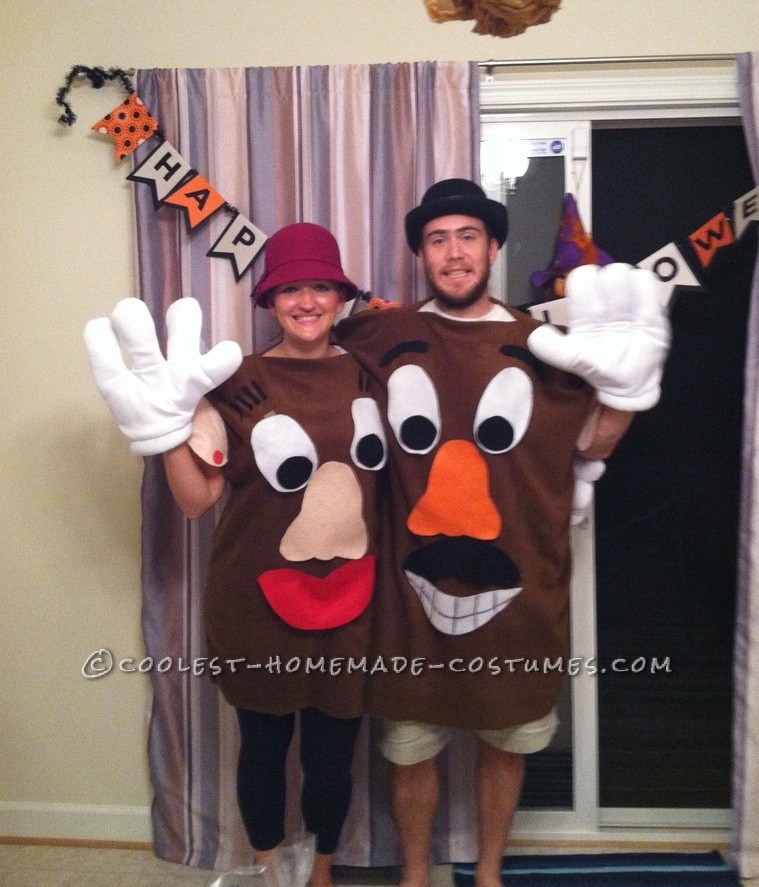 My boyfriend and I decided to make Mr and Mrs Potato Head couples costumes after seeing some great ideas on this site and loving the characters from the Toy Story movies.

I bought a few yards of the fleece and cut pieces to fit over our bodies, making sure to leave enough room to make them a little baggy and long enough. I sewed up the sides and top, leaving enough room for the arms and neck. I had never sewn anything before but luckily it turned out OK! We cut out the felt pieces and used pictures of Mr and Mrs Potato Head to make sure we were getting the right look for the shapes.

To make it potato head like, we wanted to make sure the pieces were movable. I bought Velcro at JoAnn fabric that you can iron on to stick. Originally we were going to iron the Velcro onto the body and to the pieces, but the felt stuck to the Velcro pretty well. We ironed pieces of Velcro on the body piece. The eyes, nose, mouth and mustache were all move-able. I glued on the eyelashes, eye brows and ears.

Overall, the costume took a few hours to make but it was a big hit! I would say overall we spent about 60$ for all of the items and it took 2-3 hours to assemble when all was said and done! It was great.