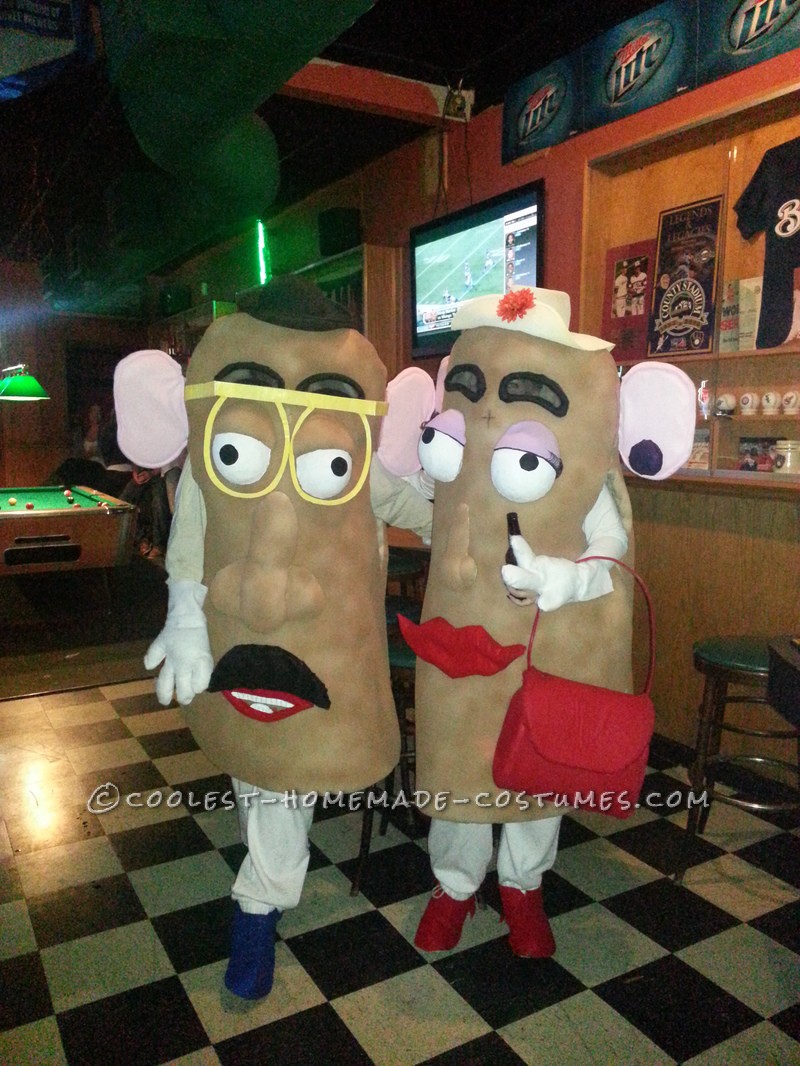 My mother in law actually made this Mr. and Mrs. Potato Head couple Halloween costume. She started with the egg crate type foam you use on top of a mattress. She cut it into a generic potato shape. One side was hot glued shut and the other had Velcro hot glued on each side so it would open and close.

Next were the noses. She cut them out of cardboard and covered them in the same foam the potato is made from.The lips and mustache were also cut from cardboard. Then covered in foam and felt for color and texture. The ears are out of foam and are covered with pink felt. She added purple glittery felt for Mrs Potatohead’s earrings. All of these items are held on by one or two pieces of Velcro hot glued on the potato and one or two on the item. This way they are interchangeable. (My husband and I had lots of fun switching parts throughout the night and watching people figure out what we changed.)

She also made shoe covers with felt and hot glued Velcro pieces on them so we could take them on and off. The gloves she free handed on felt, cut them out and added a little stuffing. She cut a slit in the palm so we could stick our hands out. The hats she found at Goodwill and hot glued them onto the top. Once all the Velcro was glued onto the potato she spray painted them with brown paint.

After this was all done we decided we needed more accessories so she made him glasses out of cardboard and covered them in yellow tape. Again Velcro was used to hold them on. She made my purse out of rubbery foam and covered it with red felt. The handle is a piece of bendable plastic covered in red tape.

She had originally made the eyes out of cardboard and stuffing but she didn’t like the way they looked so she played with the paper mache until she got the right look. She wasn’t working with a pattern so there was a lot of trial and error. We kept coming back to try them on and she would change this or that until it was just right.

I have to say it definitely paid off! When we went to the bar we barely got in the door and people were asking if they could take their pictures with us. People loved our costumes and couldn’t believe they were handmade! We loved all the compliments we got while we were out and about with them. My sister and brother in law can’t wait to use them next year! 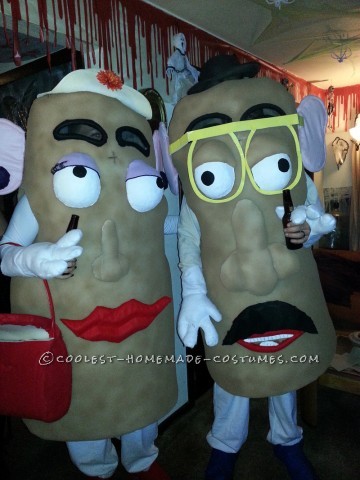 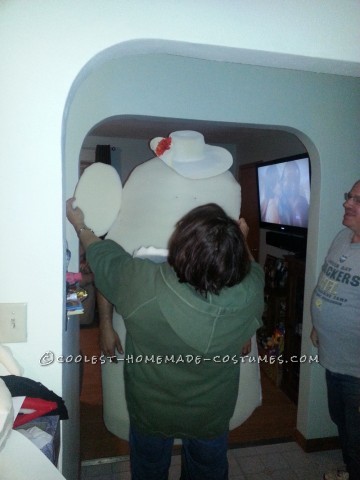 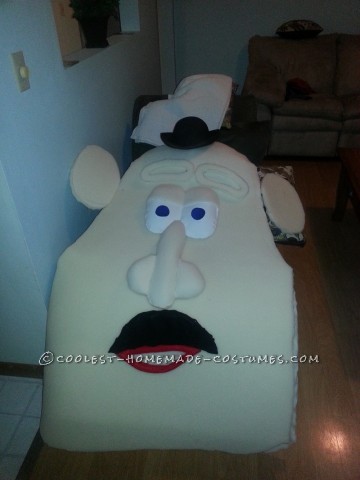 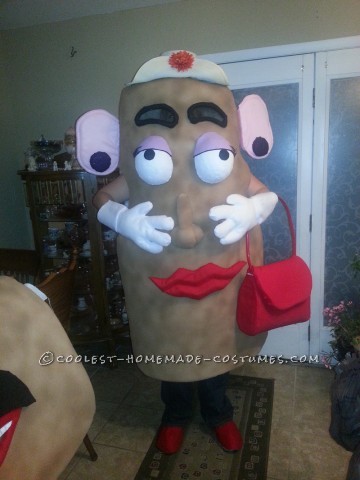 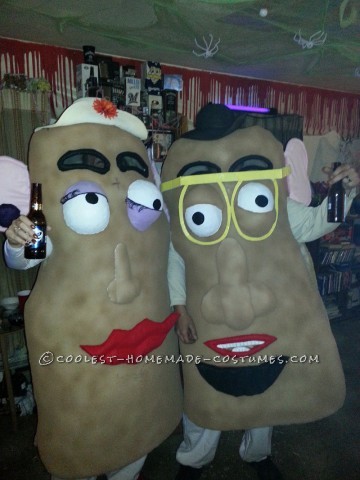