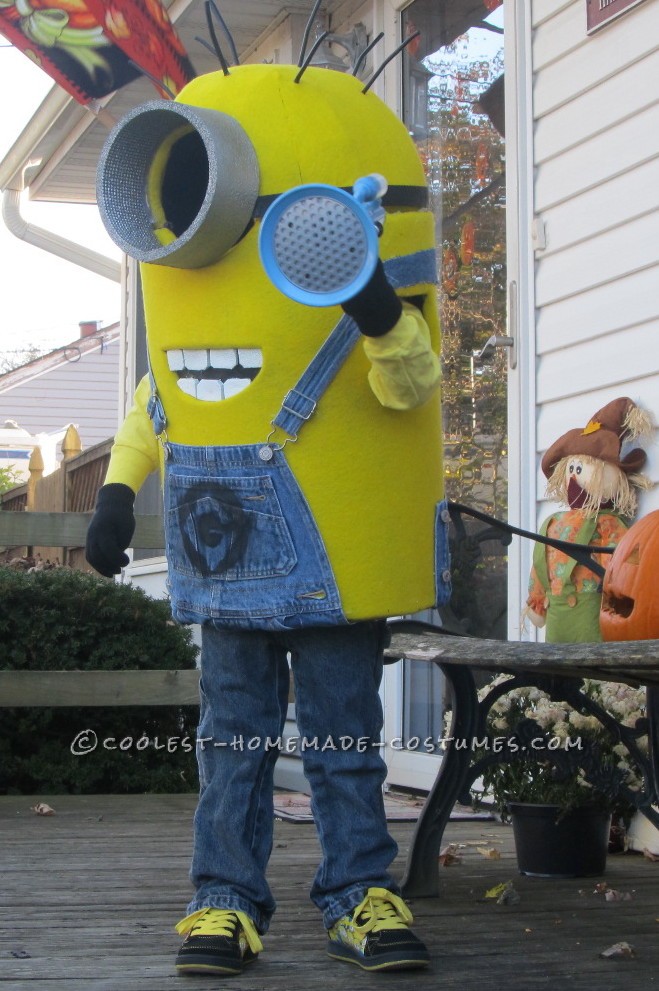 After seeing Despicable Me 1 and 2 it was clearly obvious my 4 year old had his mind set on being a Minion for this coming Halloween. All of his little friends are being Minions and he wanted no different. I looked at all the online costumes and although he has the goggles and all the other stuff I just found something lacking in the store bought costumes.

I looked into Amazon which is pretty much where I buy almost everything and found a rounded top garbage can and camping mat along with yellow felt. Picking this stuff for under 40 bucks I thought I was in business and this would be a piece of cake. Unfortunately I was a little mistaken.

Upon receiving my order from Amazon it pretty much sat in the corner of my bedroom until my wife started nagging me that she was going to buy a store bought Minion costume because I would never get it done. Needless to say, if it wasn’t for her “nagging “, I probably would have left it in the corner and our kitchen would have ended up with a new garbage can. Thankfully we did not.

After about a roll and a half of duct tape, a few cut fingers from an exacto knife, and numerous hot glue sticks, I created my son’s Minion costume. It fits him perfect and having the entire circle cut out leaves his vision completely unobstructed. The overalls were from a thrift store for about 4 bucks with a paper plate form cutout to make the  “gru” G. Most other things were found around the house after the initial purchase of the garbage can, foam, and felt from Amazon.

If you are going to attempt this I advise starting early, like the middle of September. I work a lot and have very little free time on my hands and this really took some time. Although not as detailed as some others I have seen all my friends and their children are extremely impressed and I have already been offered much more money than I have invested in the costume.

If anyone has any questions and wants to do it themselves I highly advise. Its only a couple of bucks more then a store bought costume and the results clearly blow away anything you can buy in a store. 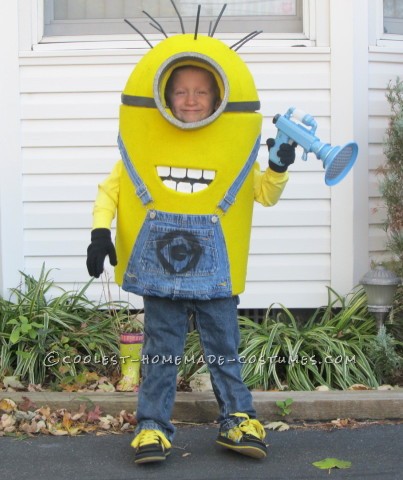