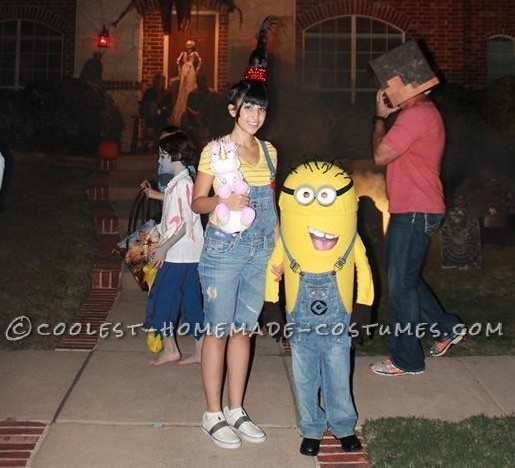 I was looking at the different homemade costumes on your amazing website, and I came across this minion costume here https://www.coolest-homemade-costumes.com/2012/10/17/coolest-homemade-despicable-me-minion-costume/. Not only did I immediately fall in love with it, but my son just so happen to be a tremendous fan of minions himself  that I decided to try making the costume myself  but a slightly different version. I made it with two goggles instead of one, and added the black boots and gloves that minions wear for the complete look. Since power tools were involved in the process, my husband helped me whenever I needed to use those.

I was so excited on our project, so I started off by buying the trashcan to make sure our son would fit, the foam to ensure it wouldn’t hurt him or anyone else, and the fabric to make sure we matched the color with the minions. We started by cutting out the bottom of the trashcan and the holes on the side, through which his arms would come out. After that, I wrapped the outside of the trashcan with the foam and glued the fabric to it. Then came the hardest part, wrapping the minion’s head in fabric. Without the right measurements once you fold one side, the other would get wrinkles and waves. After what seemed like 2 hours, we eventually figured it out.

My next step was to find out what to use for the goggles, mouth and where to find overalls. I took a trip to the dollar store to see if I could find something inexpensive to work with. I bought gray electrical duct tape, and gray spray paint so paint the inside of the tape rolls. I printed and pasted minion eyes to the back of the rolls, and glued these to the head to look like goggles. Since I couldn’t find anything to use for the mouth, I decided to cut out the shape on the fabric and foam and print the smile. I drove around from store to store unable to find overalls, so I decided to try the local thrift stores and finally got lucky. Unfortunately, the overalls I had found did not have straps long enough for the minion body. I went to buy bigger overalls, but this time wasn’t so lucky. I ended up buying another pair of the small ones, but the straps off it and glued on to the first set of overalls. Finally my project was complete.

It was hard, but totally worth as my son loved it so much. He couldn’t wait to show all of his friends at school and to the rest of the kids during Halloween.  His school had a costume contest and he won first place on it and even got a spot on the newspaper that week.

The day before Halloween, I decided to match his costume by dressing up as Agnes. It was a last minute idea, but I was able to get it done. I hadn’t found any bigger overalls, so I knew I wouldn’t find any to fit me. Instead, I used the one I had cut out the straps from. I cut the top half of the overalls and sow it on to a pair of old pants I no longer used. Since I had cut the straps from it, I had to make my own by cutting the overalls below the knee and made straps from it. I had a solid yellow shirt, so I drew brown lines going across with a marker like the one Agnes wears. Once I was done with my costume, I went to bed at 3am thinking how I was going to make my hair look like hers because my hair is thick and long. On Halloween day I went to the dollar store again to see what I could find to keep my hair up, which is my favorite store in case you couldn’t already tell J. I was able to find some white foam cones that I think are used for flowers, I’m not sure but I figured that might work on my hair. I also got some red string from the Christmas section to make it look like the red scrunchy Agnes wears. Once I got home from work, I tried the white cones and they worked but I also had to use a gel (Moco de Gorilla) to keep it hard and sticking up.

Once my customer and hair were done, I still felt as if something was missing just wasn’t sure what it was. My son asked me “Mom, are you going to be saying what Agnes says?” “It’s so fluffy, I’m gonna dieeeeee!” That’s when I realized what I was missing, the unicorn stuffed animal. It was too late to go shopping for it, so I thought about creating my own of those too. I walked into my son’s room, found a polar bear and asked if I could turn it into an unicorn. He didn’t like the idea, but I told him I’d buy him another one. I glued pink fabric to the feet, sowed its face in and glued the eyes on. I created a gold horn out of poster paper, covered it with a gold ribbon and colored its nose with a black marker. I used white hair from a previous project so I colored it pink and glued it to the back of the bear.

My Agnes costume was way easier than the minion, yet it was still a challenge and I loved the outcome. I couldn’t wait for trick-or-treat time to go with my son. We had a lot of fun, and enjoyed being stopped by many people asking for pictures. We took many pictures with everyone out there, and even the people giving out the candy would say we deserved extra candy for the best costumes. I couldn’t tell you how many compliments we got that night, or how many times we’ve said thank you. This has been a really fun experience, and probably one of the most memorable to date. 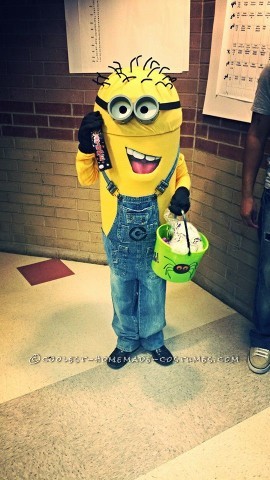 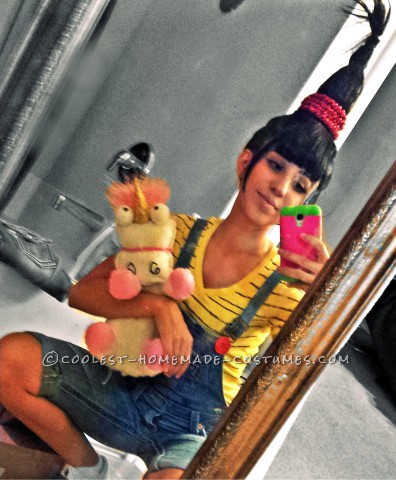 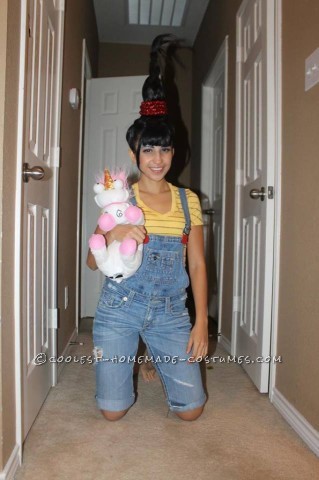 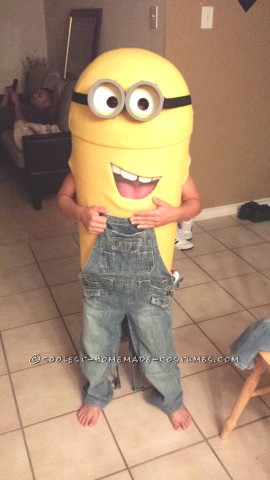 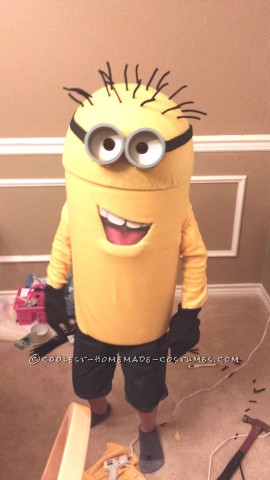 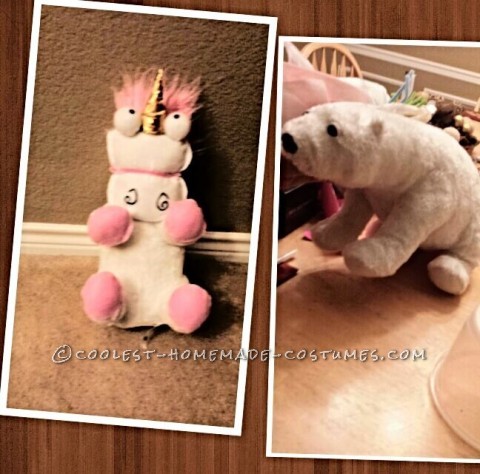 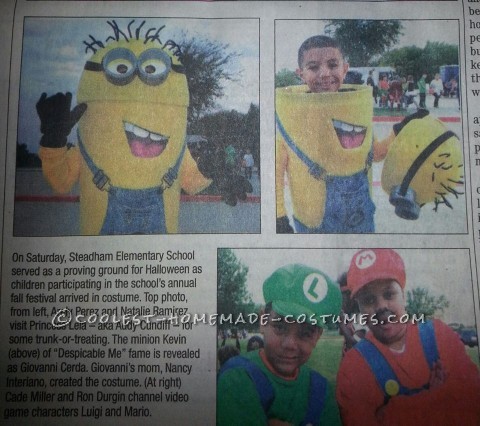 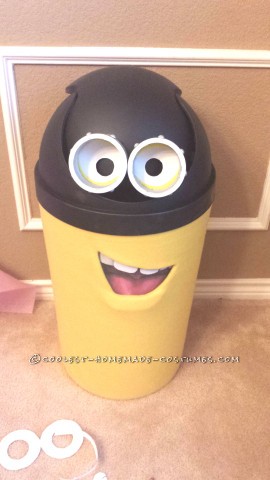 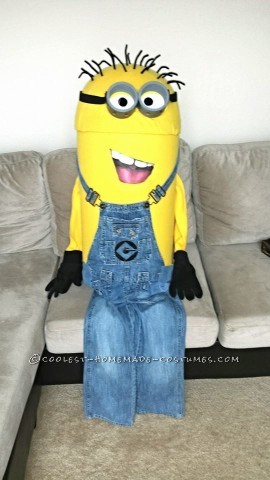