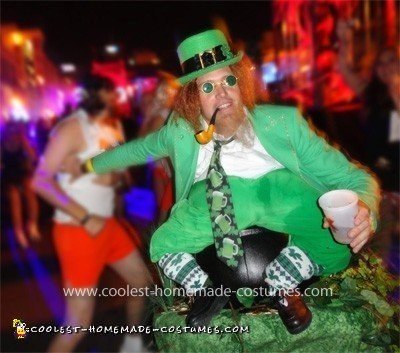 The illusion of the Leprechaun sitting on a pot of gold was made in 2010.

Grass and twigs were attached to the base. The twigs stuck easily into the Styrofoam.

The cauldron was attached via zip ties to the base platform.

Over 100 gold coins were made from cutting round cardboard pieces and gluing gold foil which were then attached with glue.

The leprechaun’s outfit was made from similar colored fabrics picked from thrift stores, then tailored to fit and speckled with gold glitter.
The hat was made with green felting over a top hat and my wife’s belt gold foiled around the buckle.

The fake legs were stuffed with cotton, and attached to socks and children’s dress shoes.

A fake butt was tattooed with felt markers and attached to the pants. Suspenders held up the entire costume.

This costume grabs everyone’s attention and you are guaranteed to make people laugh. 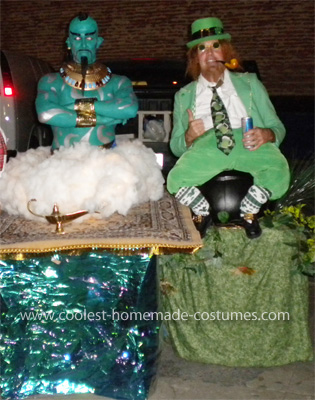 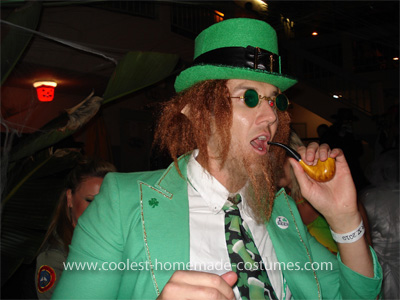 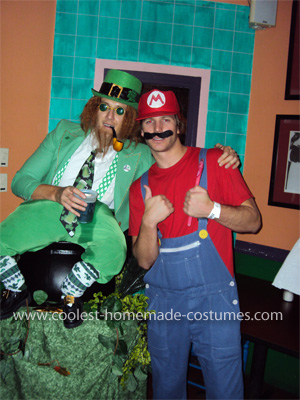