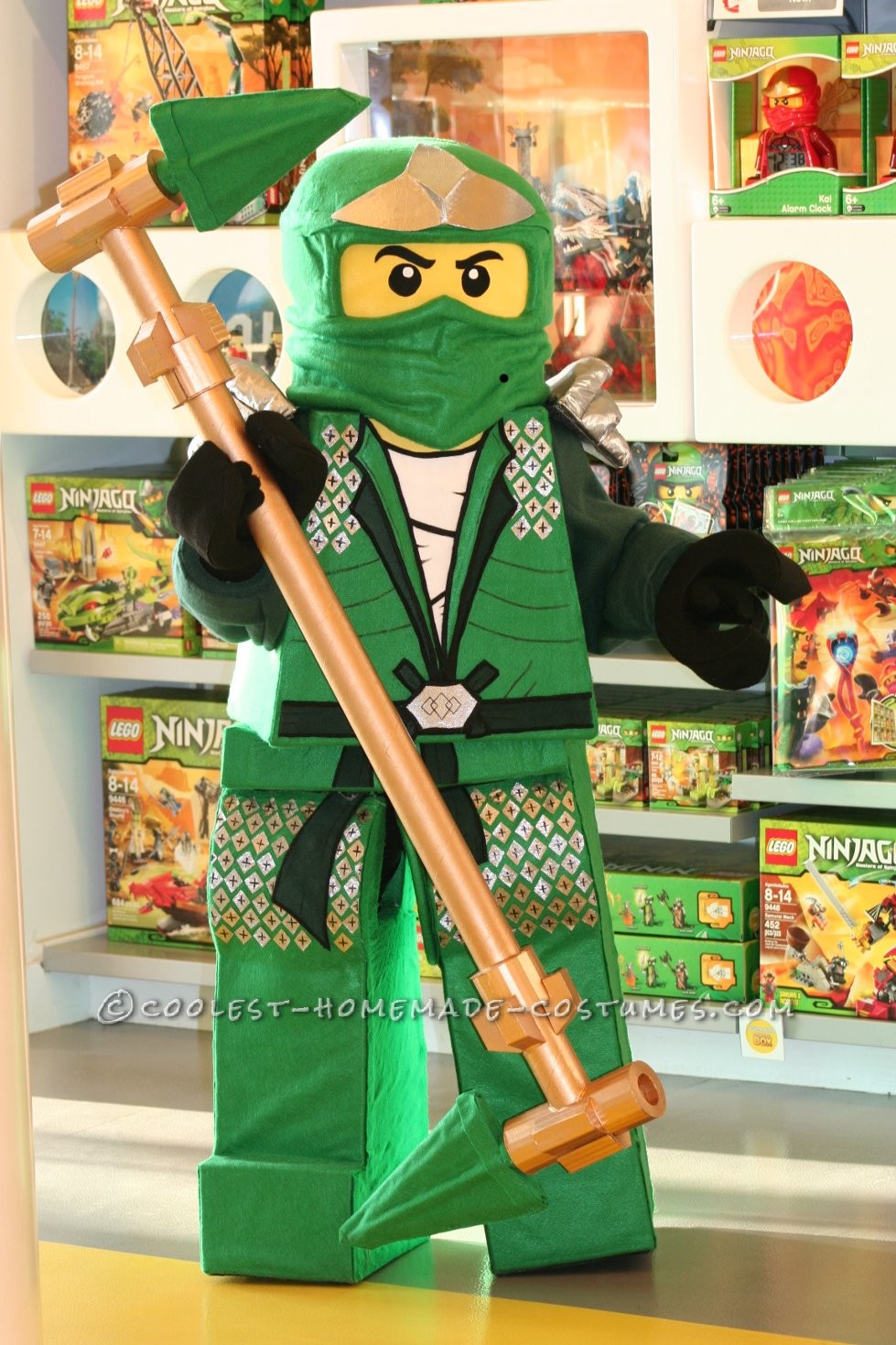 My son is 7 years old and like most boys his age he loves Legos, especially Ninjago. He asked for the green Lego Ninjago costume around August. I had no idea how I would make it since I have never made a costume before but I didn’t have the heart to say no.

I started in September with a cardboard box and hot glue. I stared at the Minifigure for hours thinking how to make it look like a real Minifig with my son in it. When I had the body done my husband suggested I use foam for his legs, I’m glad I did because it was easier for him to walk. I used more cardboard and foam for his head.

The entire body is covered in fabric and the designs are also cut from fabric. His weapon is also made from cardboard, foam and fabric. It took me a month to finish it but I was very happy with the way it turned out, my son was even happier. The reaction of all the kids at his school parade was awesome they took pictures with him and were even chanting Ninjago Ninjago while he walked by them. Parents and teachers asking if I had made it.

One of the best things was taking him to Legoland and seeing kids run up to him to give him a high five and to get their picture taken. For me the best part of it all was seeing how happy my son was to have this costume and to see people’s reaction to it. One lady at Legoland thought he was one of the park characters until I said he was my son, and then she apologized for pushing her kids next to him to get a picture.

This picture was taken at the Lego store and all the kids coming in wanted their picture with him. We even had people stop us in the parking lot to take pictures of him. The hardest part of putting this together was covering the mask with the fabric I had to do it twice because I wasn’t happy with the way it looked the first time. I was happy that he was able to see through the Lego eyes, the mask was very hot I wish I would have put a small fan in it. One thing I regret was not taking pictures of the entire building process.

My son and I are very happy with this costume we are already thinking of what he would like to be next year. 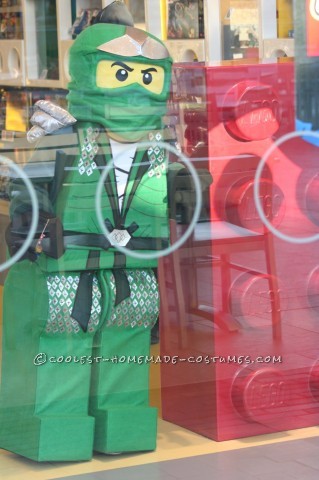 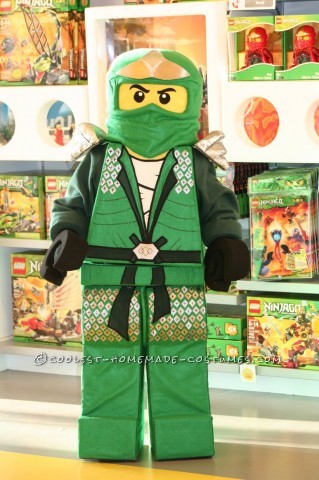 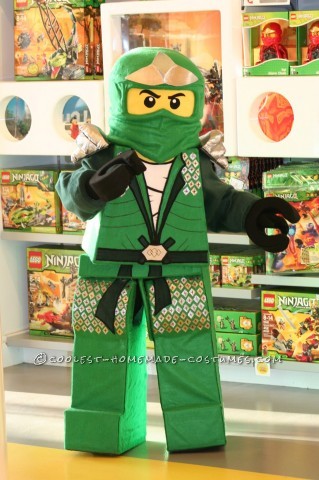 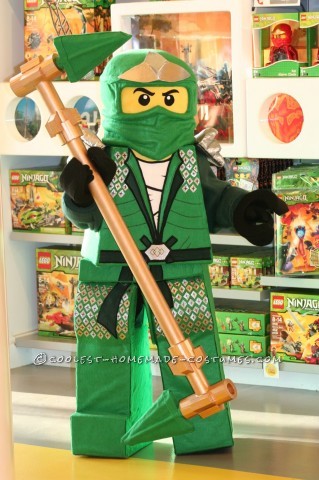 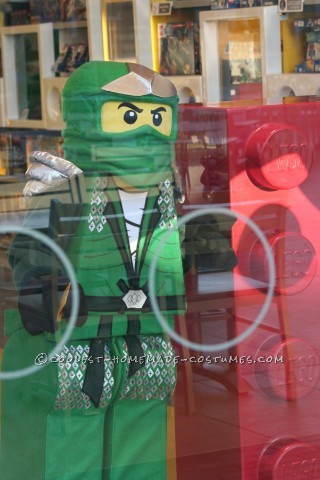