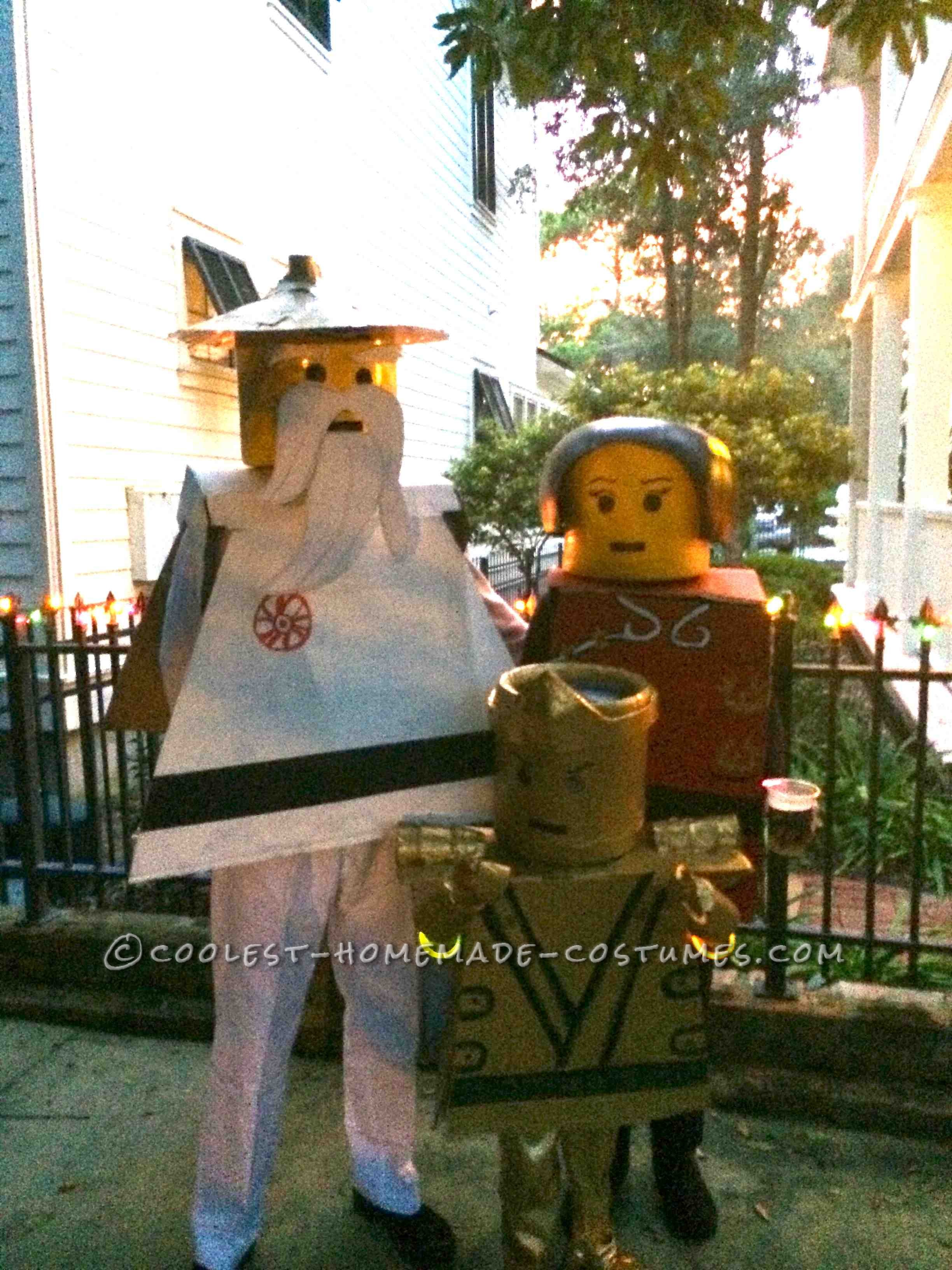 The world of the Ninjas of Ninjago is one of valiant struggle, then, ultimately, triumph.  So it was with our Halloween costumes this year.  My son, age five, loves to build sets, read about, and watch the LEGO Ninjago adventures. Surprisingly enough, very little is available in the realm of ‘store-bought’ costumes.   So we went to our design ‘dojo’ and went to work.  My son and I each drew a sketch of the costume (pictured), and, over the course of the next six weeks (yes, it involves commitment), my husband and I joined forces to make the most epic costume our town says it has ever seen.

For all the costumes, the heads were made out of concrete tubes (available at any Home Depot or Lowes) topped with a foam floral arrangement wreath, taped with duct tape, then painted with LOTS of spray paint before the eyes were cut out.  Inside, foam blocks covered with tape kept the heads in place away from the face as they rest on the top of the box.The bodies are made of repurposed cardboard boxes, cut in the shape of a LEGO minifigure body, masking-taped together, and painted according to the LEGO Ninjago encyclopedia, which is always open and available around here. The ‘hands’ were made from cut-up thick beverage koozies covered with duct tape in either yellow or gold.  All paint was craft paint made for outdoor use.

Special touch for Golden Ninja:  Red Solo cups covered with gold duct tape for epaulets on shoulders, cheap block-shaped character slippers covered with more of said tape for shoes.  For Nya, the sister of Ninja Kai and a Samurai herself, we cut up a Halloween treat pumpkin to make her bobbed haircut.  Sensei Wu made his own hat out of poster board covered with (what?!) tape and foamcore board to make his beard.

When we appeared, people stopped what they were doing and rushed to us.  They loved the costume, could they get a picture…and, who were we?  Because not only were we unrecognizable in our outfits, you could not really hear our voices from within our LEGO heads.  Again and again, house after house, the same refrain:  “You guys should win a contest!”  Perhaps we will?  We had so much fun we are wearing them to my son’s birthday trip to LEGOLAND Florida in a few weeks. 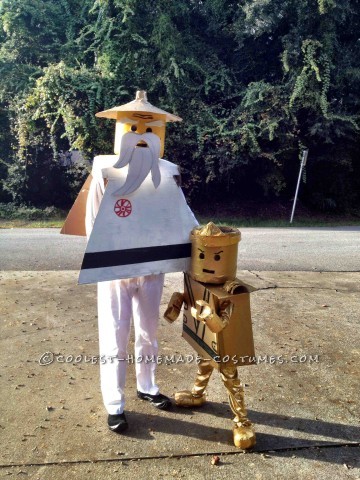 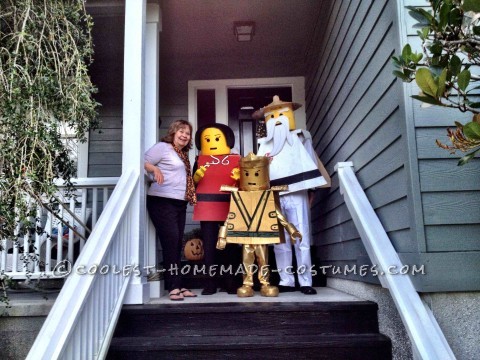 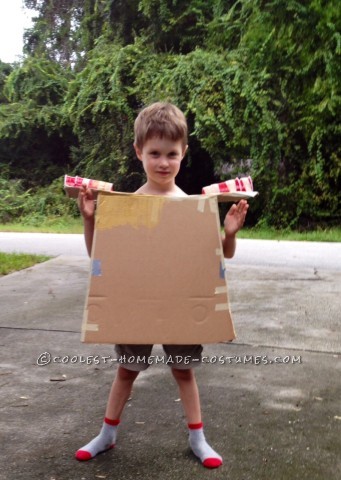 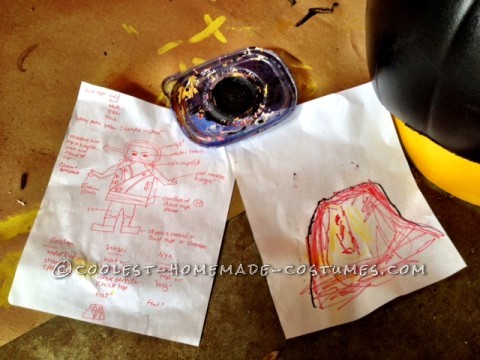 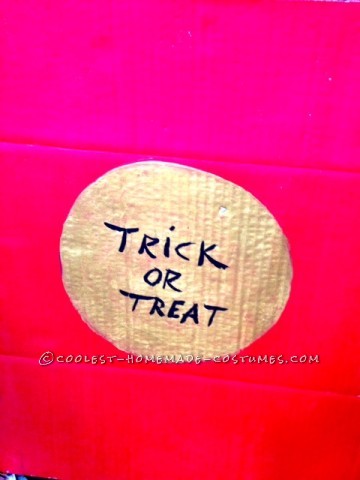 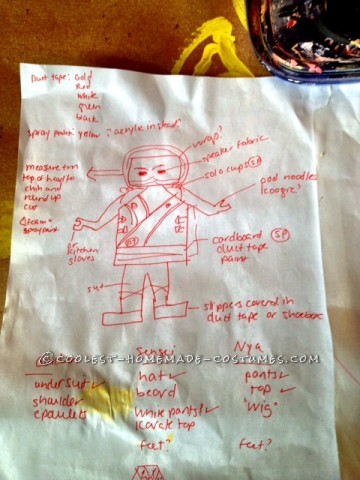