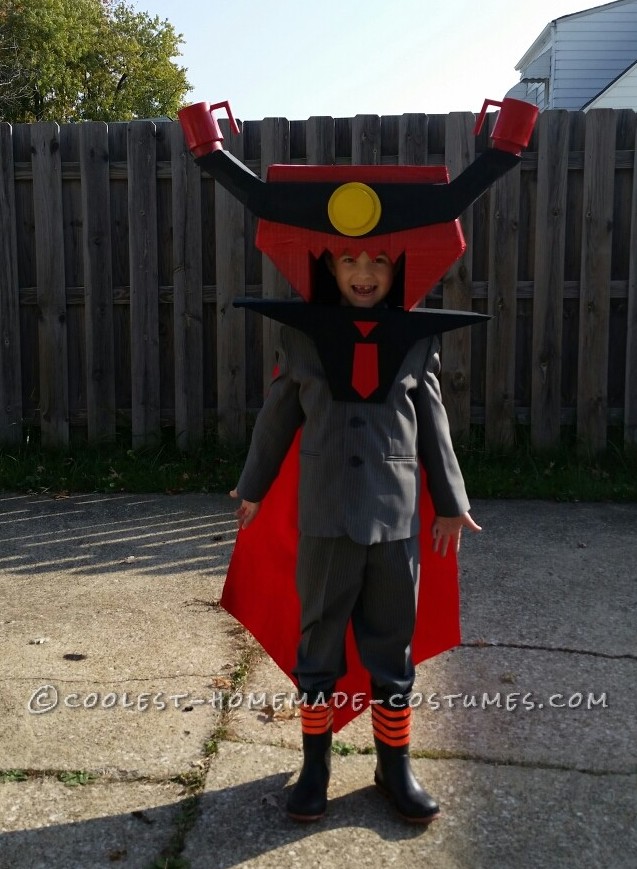 To make this Lord Business costume, I mainly used cardboard to craft the helmet and shoulder pads (as we call them).

I looked at the actual Lego pieces and came up with some dimensions that would fit my son’s head. Then, I crafted shapes out of cardboard and glued them together. I used painters tape to go over the seams. Then, I spray painted it.

For the cups on top, I used cylindrical cardboard cups we found at Joann Fabrics and some cardboard poster rolls for the bottom. Then I took a dowel rod and cut it at a 45 degree angle and glued the two pieces together for the handles of the cups. I then took some cardboard lids from the cups we bought at the craft store for the gold Lego piece on the front. The shoulder pads are made out of cardboard as well, covered in felt. I cut open the back and so we could fit it around his head and attached Velcro so we could clasp it shut. Then we cut the cape out of a long piece of red fabric.

For a solid three months, Logan, my son, has been telling us that he wanted to be Lord Business for Halloween. My wife and I kept blowing it off saying that it would be too difficult to do and that he would eventually change his mind. At the beginning of October we decided to take him costume shopping. We told him he could pick out anything that he wanted, be anybody. He walked around the store for about twenty minutes looking at costumes. We asked him if he had found anything he wanted. He looked at us a minute and without even looking at the costumes, picked up a “Bane” from Batman. He said this will do, even though he doesn’t even know who that is. That’s when my wife and I said that we had to make the costume. So we took the next three weeks and built the costume that he wanted. 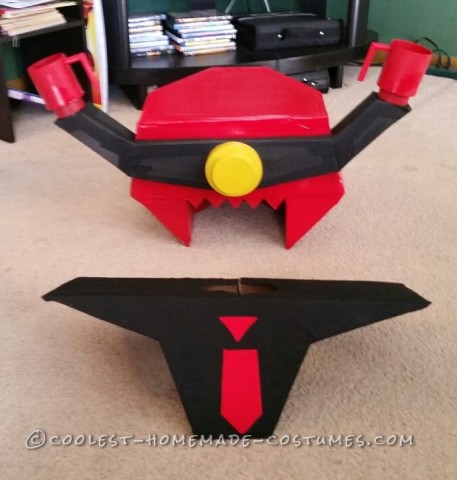 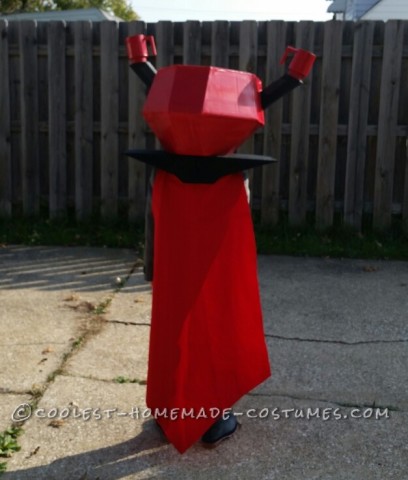 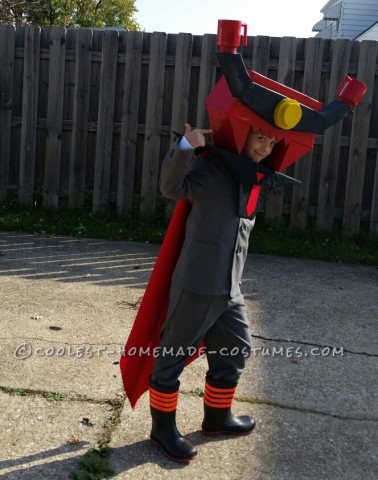