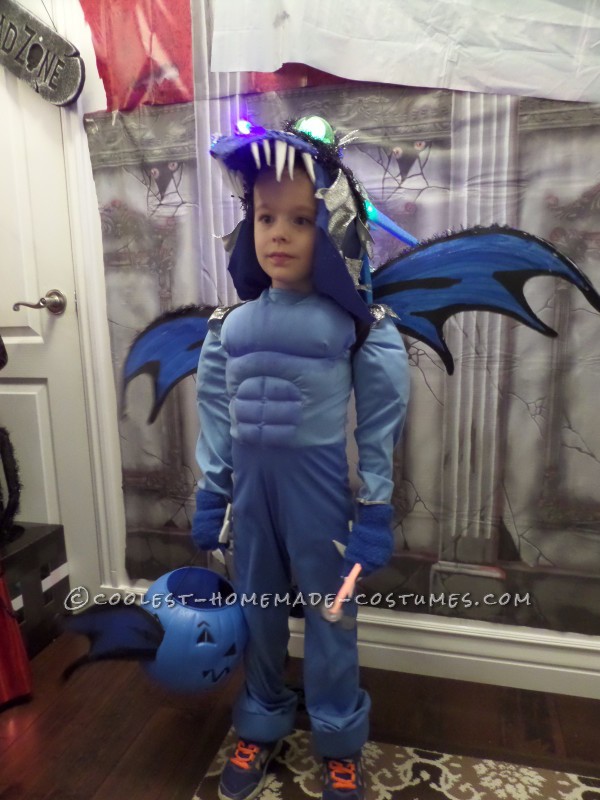 When my son told his grandma he wanted to be a dragon for Halloween, she was super excited.  She happened to have a dragon she had already made for her brother about 15 years earlier and luckily she had kept it.  Of course she’s a perfectionist when it comes to Halloween costumes so she may as well have started over with all the changes she made.  This costume has nothing to do with the movie. We haven’t even seen the second one yet.

Anyway, the only part of that 15 year old costume she reused was the head and she changed that quite a bit.  The original costume’s head was made on a baseball cap glued to a 2 liter bottle.  It was pretty heavy, but my son was a trooper and didn’t complain about it.  She used Dip n’ Drape (do you remember that stuff?) to form the face and the details.  To update it, she added different eyes that are made out of a plastic Christmas ornament that twists open, and wired battery operated Christmas lights that change colors inside of the ornaments.  She says battery operated lights have come a long way since my brother and I were little.

She cut up swimming pool noodles to make spikes on the back of the head and used more of the lights to stuff inside those spikes.  She painted some premade dragon wings to match the blue and attached a tail that is also a swimming pool noodle, cut and shaved to the right shape, and then covered it in fabric. To get it to stay curved she stuffed it with a hard wire.

The suit is a genie costume from Aladdin with the red belt taken off.  She glued foam claws onto gloves for his hands.

At school my son got all of the attention.  One lady followed us out and had to touch it and try to figure out how it was made.  I think everybody went home with a picture of their kid and mine! 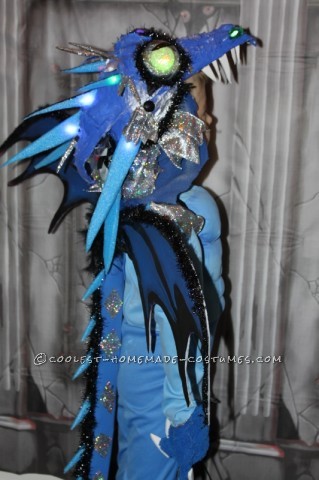 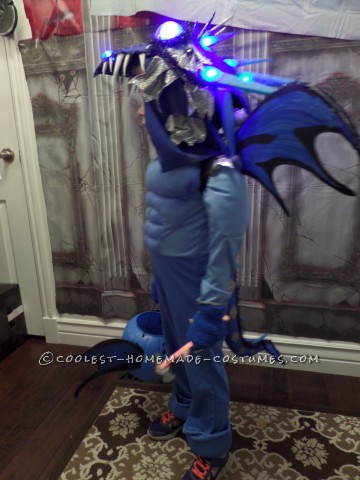 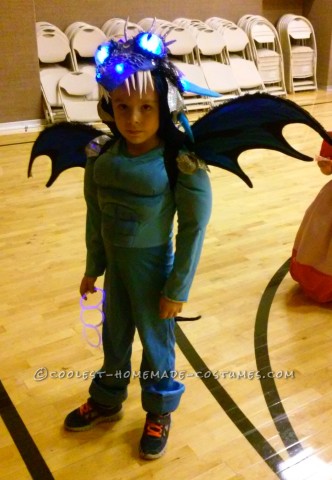 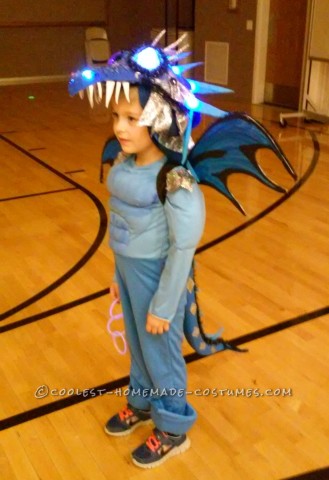 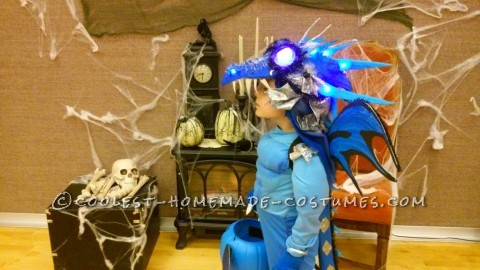