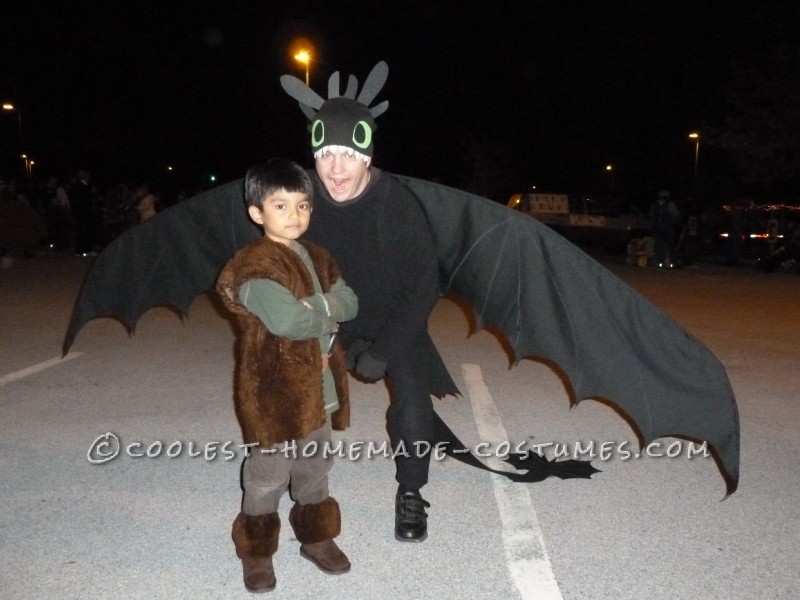 My son loves How to Train your Dragon and desperately wanted to be Hiccup for our town’s Halloween parade in 2011. I thought that Hiccup should have his dragon, Toothless, at his side, and volunteered his dad for the role! After spending so much time on their costumes, I elected to go as a photographer!

As for Toothless, that was a challenge! Dressing my husband in black from head to toe was the starting point. I made the dragon’s head from a black knit beanie, to which I glued green & black felt cut-outs for eyes, then I attached stiff black felt cut to make head fins & hand sewed it to the top seam of beanie. White craft sheet-foam cutouts attached along the bottom edge of hat made Toothless’ smile. The tail was a black fleece scarf cut to a taper, with the 2 sets of fins cut from stiff black felt sheets & textured with a white pencil & sewn on.  I attached the tail to the bottom of his sweathshirt with safety pins. Wings … oh the wings!! I didn’t want them to be too heavy, and I wanted them to hold their shape, and they had to hang from my husband’s back somehow … wire didn’t hold it’s form under the weight of the black fabric I cut the wings from. After much brainstorming, my husband came up with the idea of using an 10ft length of 1/4 inch dia. threaded metal rod, which could be bent a little to conform to the wing shape. I really wanted to wings to be more upright, but we couldn’t get them to stay up under their own weight without pulling on the costume and effectively choking my husband, so they were outspread. I attached two black elastic loops to the center of the wings for him to hook his arms into.

If I remember correctly, I was working on final details & trim the afternoon of the evening parade!! Phewww! My son, then 7, was sooooo excited! We paraded about a mile down the main street of our town. Most of the kids and adults thought my husband was a “cool bat!” … but every once in awhile someone would call out, “Hey, it’s Toothless the Dragon and Hiccup!! COOL!!” We threw the candy to them! :)

I played my role of photographer well. Inspired by cast-character photos I had seen online, and being a Photoshop fanatic, I had to create a picture with my son in his costume, together with his character. I think it turned out pretty good if I may say so myself!!

I was so proud of my son and the way he portrayed his hero Hiccup, and my husband for dressing as the cutest black dragon I’ve ever seen! A bit-of-a-trick and a real treat for sure!! 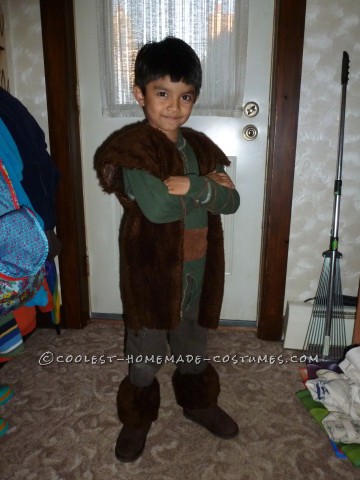 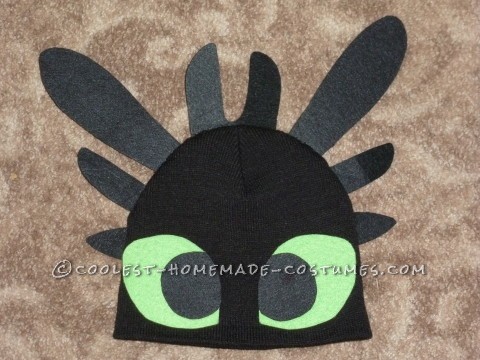 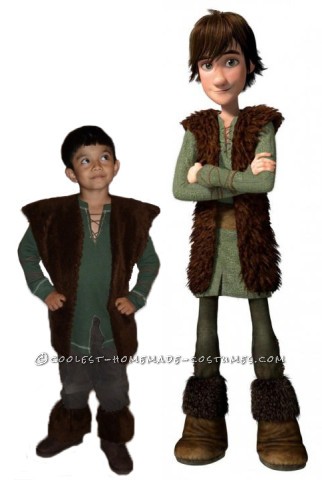 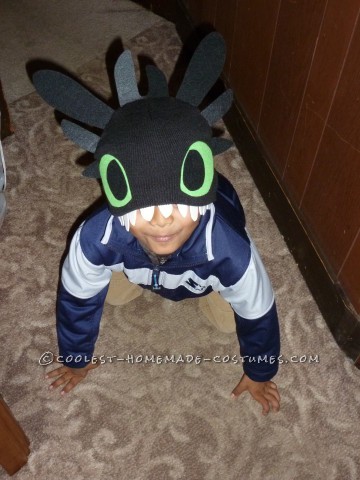