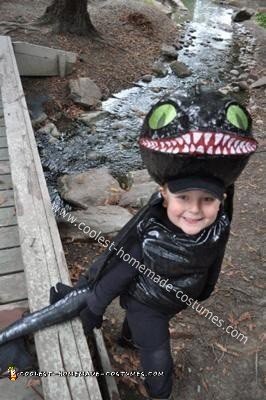 After viewing “How to Train Your Dragon” my four year old son wanted a Toothless Night Fury Dragon costume for Halloween. I soon discovered that there were no Toothless costumes for sale at the party stores. Nothing even close. So I got busy.

The head of the dragon was made from your basic paper mache’ and a lot of love (I really dislike the mess it makes! LOL). It was a regular sized balloon, cardboard cut out ears and horns. The mouth was rolled up masking tape. The nose and eyebrows were (you are not going to believe this) cut up breast pads (I’m nursing my three month old, what can I say they were the perfect size). I knew he wouldn’t wear a mask so he would have to wear it on top of his head. An old cap did the trick!

The wings were tricky. I eventually (after a few trial and errors) used two wire hangers, cut and formed. They were hot glued to felt along with elastic. I then hot glued the fabric. Elastic was used as wrist cuffs as well.

The most challenging part of the costume was the sewing. I consider myself very creative and crafty but can’t sew to save my life. My first attempt at the body left my son with out arm holes and crying “Mommm… how am I going to get cannndyyyy… My arms are stuck!!” Well I got a good chuckle, cut some arm holes and Bam! the body was complete.

The dragon’s tail required me to sew felt spikes. I then cut a long triangle out of the fabric I used for the body, pinned the spikes to the triangle I folded in half and sewed a straight line (it was way more complicated when I was actually doing it… the tail seriously took me one whole morning to make) I used a pattern I drew for the fan at the end of Toothless’ tail to cut some felt, one black and one brown to mimic the tail that had been repaired by Hiccup. The two pieces were hot glued to a Popsicle stick then sewed to the tail.

I had to include baby sister as well. She is the smallest (and cutiest) Viking you will ever lay eyes on. I hot glued faux fir and yarn to a beanie. Made a faux fir vest and ankle warmers. Her skirt was made from an adult headband and leather looking felt cut to resemble Astrid’s skirt.

I spent about $40 total on both costumes. I probably spent at least 40 hours on these costumes (many of which were in front of that darn sewing machine!) They were the hit of his preschool’s costume party! 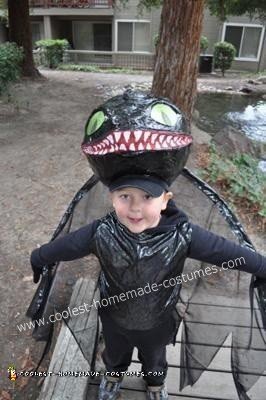 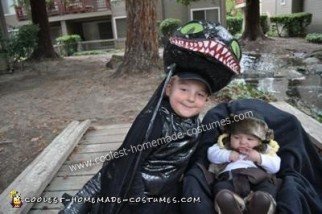 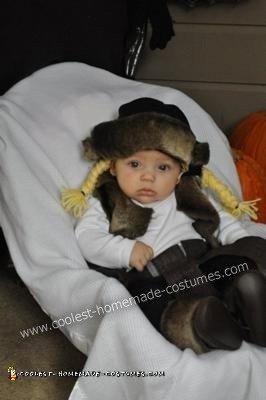