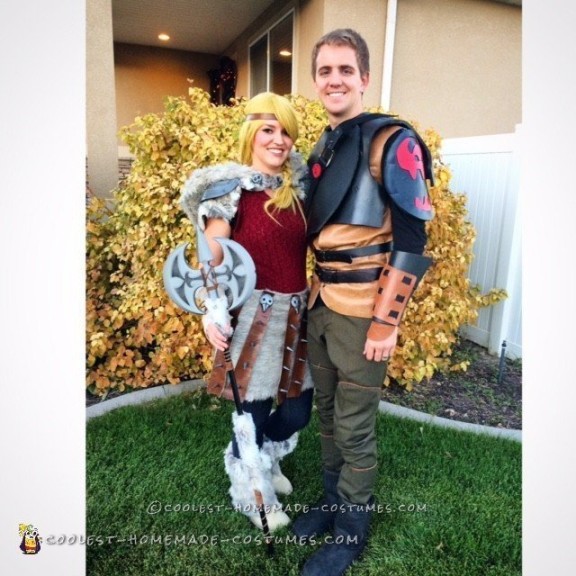 I LOVE Halloween and my husband decided on our costumes this year. After seeing “How to Train Your Dragon 2”, he really wanted to try to recreate Hiccup’s armor.

For Hiccup, my husband got EVA foam from Home Depot and used a hot air gun to bend it into shape. He used a shirt pattern he had on hand to create the breastplates. He then sprayed Plasti –dip on the armor and finished with a coat of black spray paint and varnish. He added a belt and an emblem made from red craft foam. For the “sleeves” of the armor, he made a dragon face out of thin red craft foam and glued it on. He attached to the arms using a band of Velcro. We bought the pants and boots at a thrift store and made a vest to go underneath the armor. The forearm armor was made from a combination of EVA foam and thin brown craft foam. He laced in adjustable Velcro strips to easily take it on and off.

For Astrid, I got a sweater, leggings, skirt, and boots from the thrift store. I covered the boots and skirt with faux fur. I used strips of pleather for the skirt which I sewed on. For the spikes and bird skulls, I used Sculpey polymer clay and free sculpted each head and spike. Before putting them in the oven, I attached brads so I could attach them easily to the costume. I then spray painted the finished clay silver. For the hood, I found a Little Red Riding Hood pattern online that I used as inspiration. I attached the hood with a metal ring and two bird skulls. The shoulder armor was made from craft foam that was shaped by a hot air gun. I made the “spikes” using puff paint, then spray painted the whole shoulder piece silver. I attached the shoulder armor to the hood using fishing line. I bought the wig online and braided it in a rustic braid like in the movie.

It was fun to create this costume, but it took a LOT more time than expected. The fake fur got everywhere when I was trying to sew with it. It was very messy. People who had seen the movie knew who we were right away. Those who hadn’t seen it, just assumed we were Vikings. 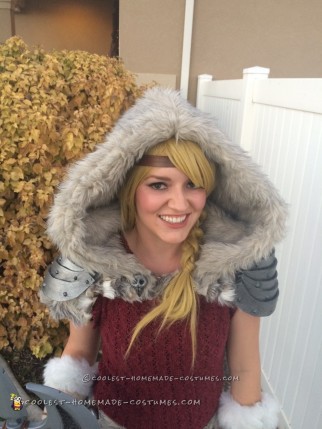 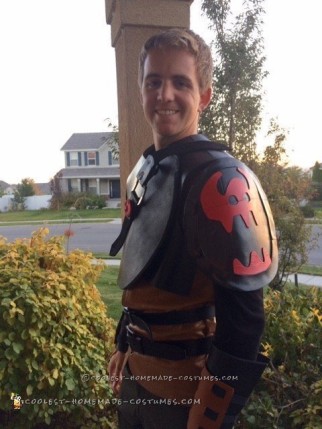 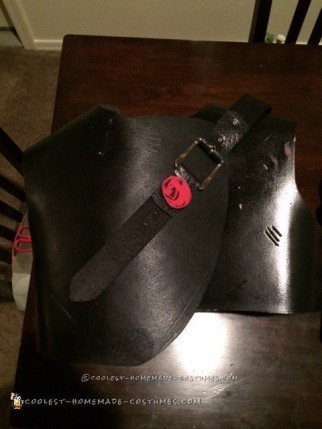 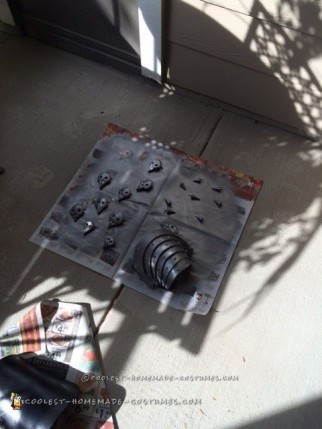 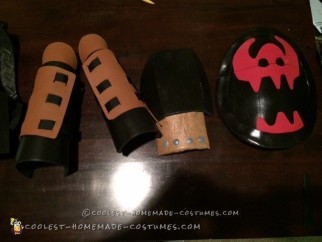 How to Train Your Dragon Group Costume