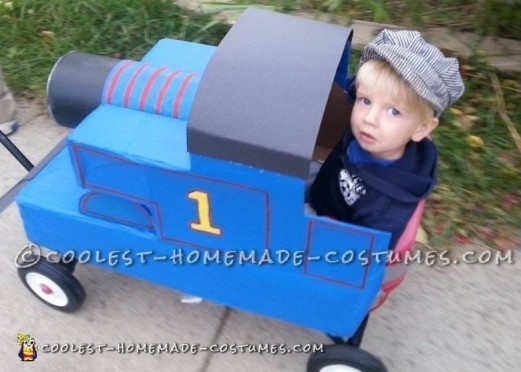 For this homemade Thomas the train costume I took my son’s Radio Flyer and modified it to look like Thomas the Train.  The idea was to have a costume he could ride in, so his little legs wouldn’t get too tired.

Most of the body is made from old diaper boxes, duct-taped together.  The front cylindrical portion is old empty paint cans, and the blue covering is a vinyl tablecloth from the dollar store.  Spray adhesive was a big helper in getting the blue vinyl on.  The trickiest part was the face- I made this with air dry modeling foam, like Model Magic.  A little craft paint and some black posterboard for the front and I was done.

Bonus- a coworker lent us the conducter’s hat he had since he was a kid- that hat is 60 years old!

The costume was a huge hit in the neighborhood, and pulling my son in the wagon saved a lot of “my legs hurt” and “I wanna take this off” that we might have had otherwise.

I got the original idea from a similar project I saw on the web. 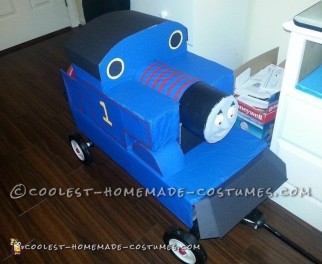 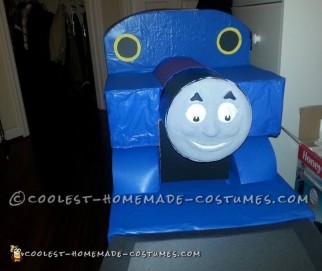 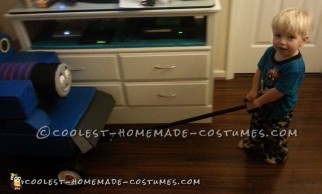