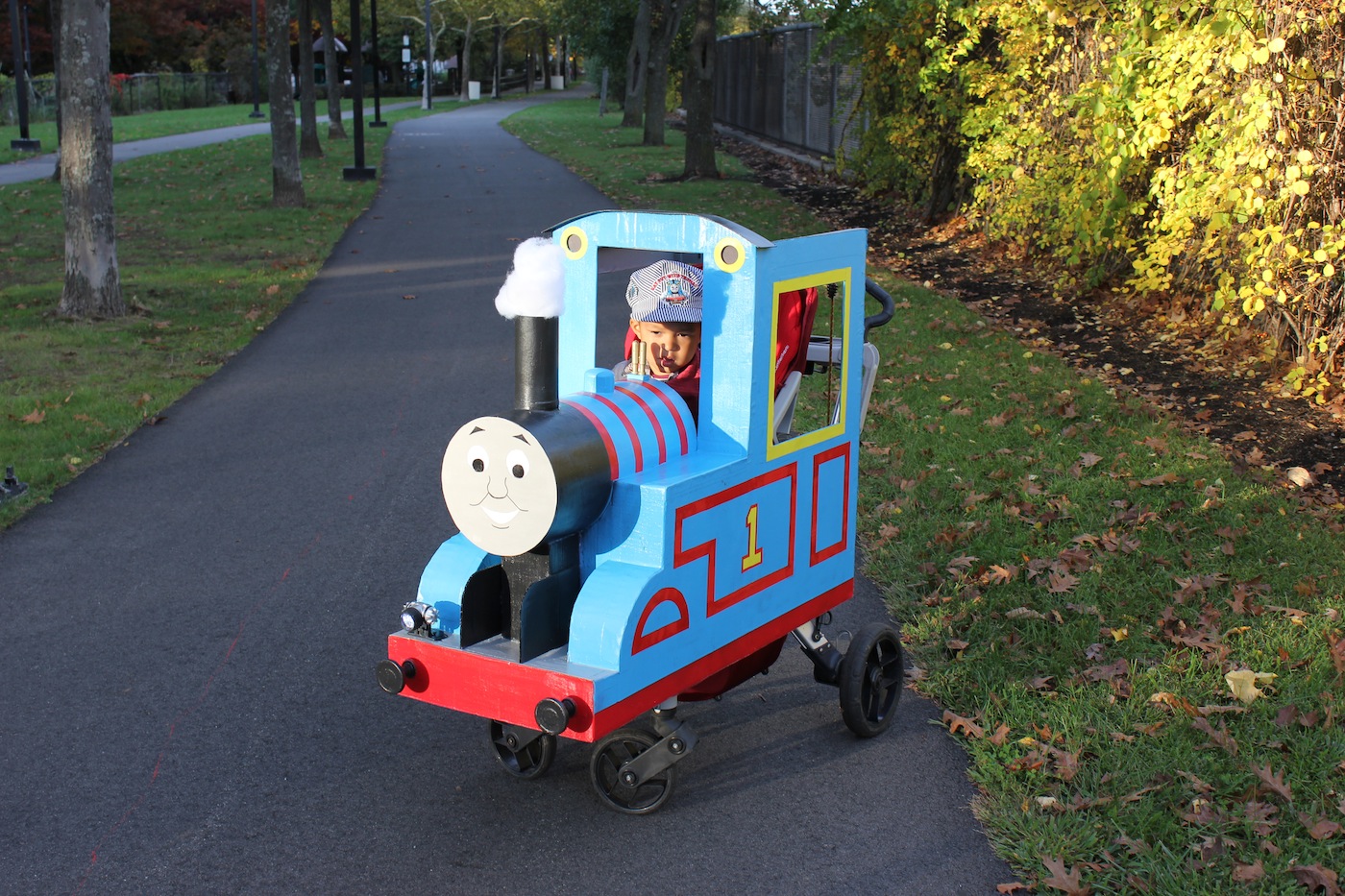 Like many 2.5 year old boys, my son is an avid train and Thomas fan.  But as many have noted, the costume selection is lacking.  Being a major DIY-er, I thought of making him a costume to wear, but knew  he would likely accidentally destroy it before we got out of the house.  I did a Google search to see what others had done, and I saw a lot of parents who had converted their wagons to Thomas for their children to ride in.  We live in a city, and being urban, do not own a wagon.  So I set out to transform my son’s stroller into Thomas the Tank Engine for Halloween.

Since the train was going to sit on a stroller and not a wagon, my first aim was to make it lightweight.  So I decided on cardboard for the body of the train.  I measured the stroller, and drew a 3-D drawing to get the dimensions right.  For the body, I bought a ‘large mirror’ moving box from uHaul.  For the cylinder I purchased a quik-crete concrete form from Home Depot.  I assembled the train first with masking and brown packaging tape.  My husband then covered it with spray primer, followed by the colors.  I made the face and trim out of colored card-stock, and applied with hot glue.  The funnel is a cardboard tube, and the dome is a PVC cap purchased at Home Depot.

The buffers are made from caps to salsa jars. The whistles were hardware from an old Ikea sliding curtain panel set that we had, and we spray-painted them gold.  My husband ended up constructing a light-weight frame for the train out of 2-inch cedar to make it sturdier.  We covered the entire train in acrylic gel medium to protect it against any weather.  Thomas’ light is made from a head-lamp, and we completed the inside with a mini-recorder that my son could push and play Thomas’s whistle sounds.

This project was really fun- it took my husband and I about 30 hours, working a couple hours each night after the kids went to sleep.  We were so pleased with the result, but it was nothing compared to our son’s reaction.  He was beside himself with joy (actually speechless for a moment).  The biggest challenge has actually turned out to be getting him to get out of the darn thing! 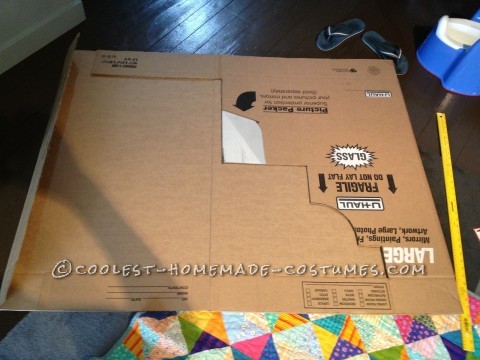 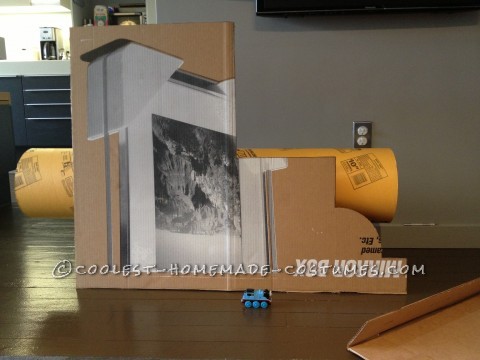 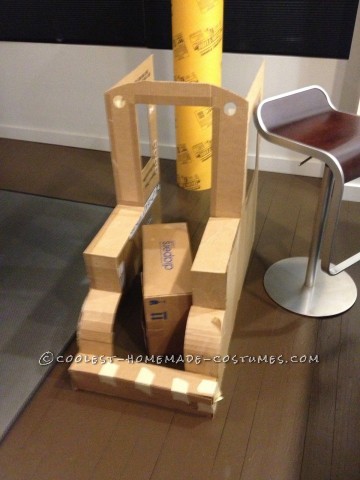 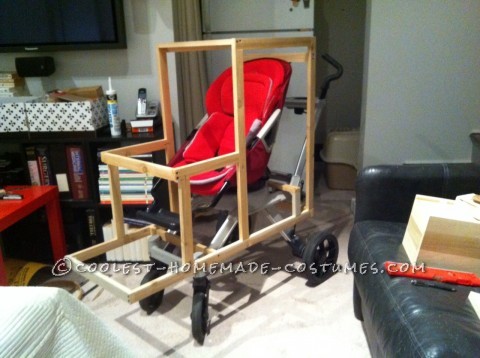 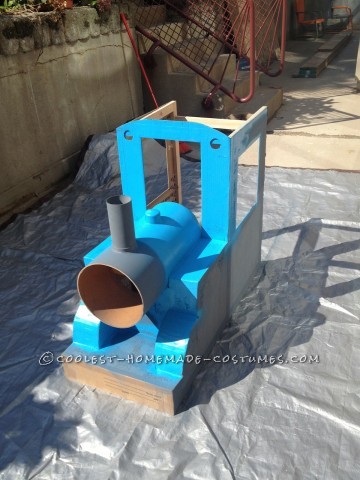