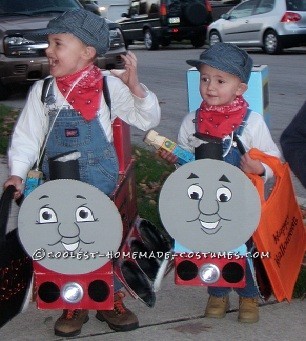 My boys absolutely loved Thomas the Train. For Halloween, 2 years ago, we decided to have them be Thomas and James trains. l figured l could make the costumes, and they wouldn’t cost a whole lot, plus they’d look better than the store bought ones.

For the trains themselves, l got cake boards~cardboard circles for cakes to sit on, painted them grey and then painted each of the trains faces on a circle. Then l used a box from a case of diapers and a box from a case of wipes for each train. l cut a square hole in the diaper boxes so that our boys could stand inside them. Then l glued a wipes case box on top of the back of that diaper box, to make the back of the train. Once all of the pieces were cut and glued together l painted the boxes white, then we spray painted them~one blue and one red. Once they were dry, l was able to start putting the rest of them together!

My boys were the conductors of their trains, so they wore denim bib overalls, white shirts, red bandanas, boots, and a conductors hat. l also got them each a wooden train whistle and attached a string to it, so they could wear them around their necks. They loved the whistles.

We got so many compliments on these trains, the boys LOVED them and still talk about them 2 years later. 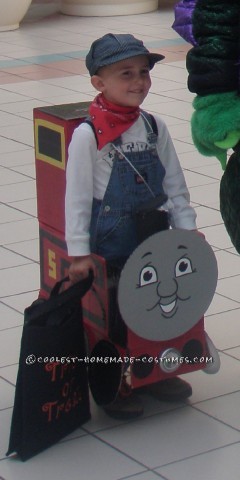 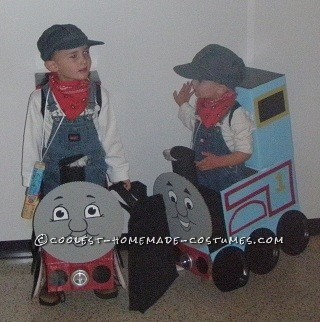 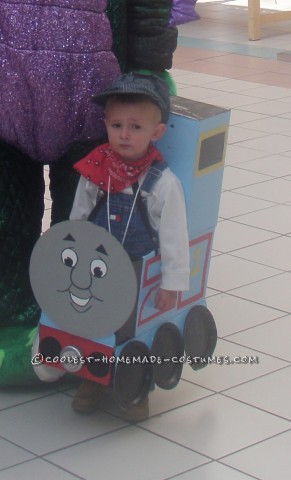 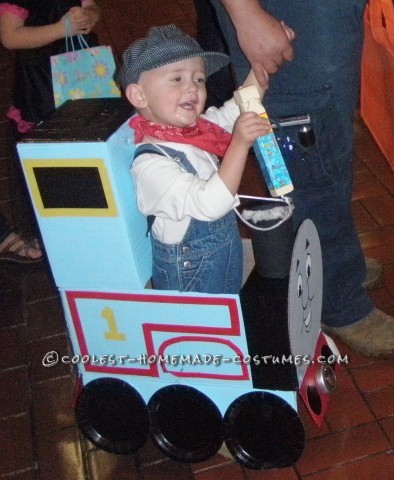 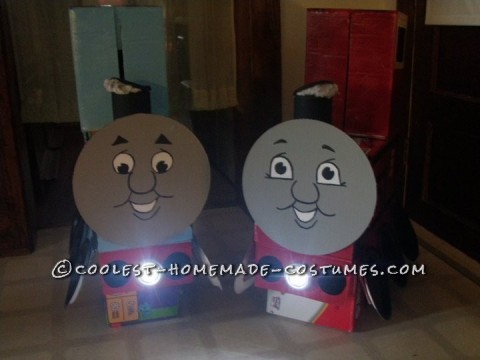 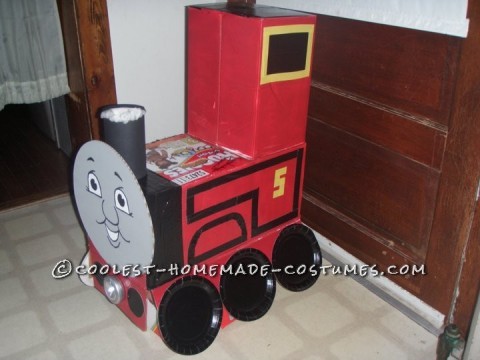 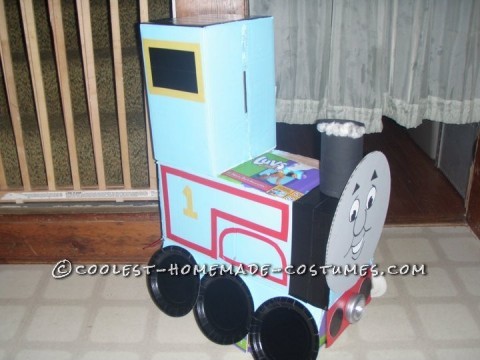 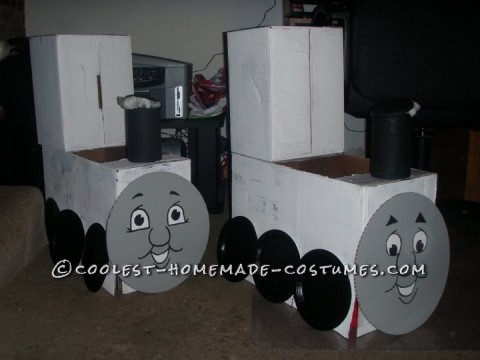