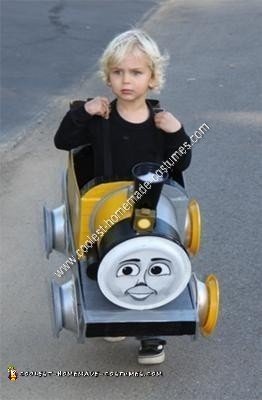 I have 2 nephews… they are obsessed with Thomas the Train and allllll of his friends. The boys were intent on being trains from the Thomas series… the youngest was unable to pick… he wanted Bash AND Dash. After constructing his brothers Gordon, the Express Train, I had a better grasp of how to begin on his homemade Bash and Dash train car costume. Making all the detail pieces first, then working on the train body.

The end results were precious and unforgettable! Taking them to my nephews and seeing their faces was everything! They truly lit up. They immediately started playing with them, trying them on and driving them around. Trick-or-treating only made it better… in the darkness hearing the “choo-choo” as they chugged to each house, and the light on candy givers faces to see these adorable engineers driving their trains. I must say the biggest compliment was the hand shakes from the dads as they saw the trains pass by. I knew I’d made both the train appreciator and costume builder communities proud. Happy Halloween! 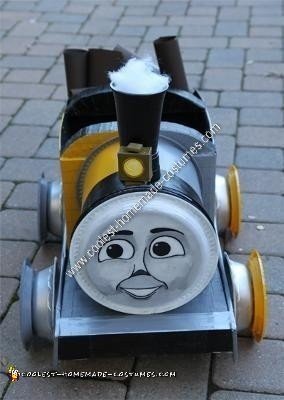 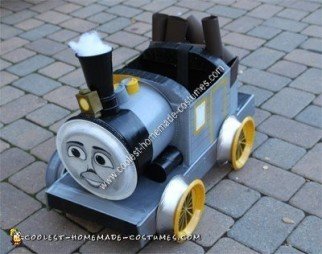 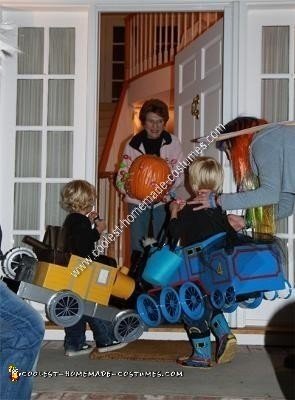