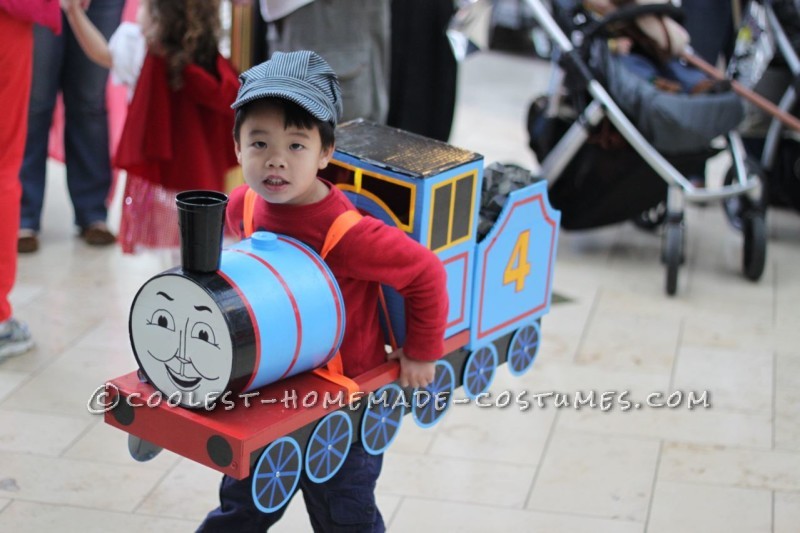 My four year old son has always been obsessed with trains, the Thomas and friends toys and videos in particular. His favorite train is Gordon the strongest and largest train of the crew. He insisted on being him instead of Thomas or Percy the smaller engines. In addition to being the largest train my son also insisted on having a coal tender to be true to the character. My son had turned four a month before Halloween so I had to make this costume as light as possible yet sturdy enough for some bumping around.

The first step was to build a solid frame to hold all the pieces together. I just used a 1×2 from the hardware store and built a rectangular box. A bucket laying around the house was used for the front and cardboard boxes for the cab and coal tender. CD’s were used for the wheels. A freebie kid’s cup from a  restaurant for the smoke stack and a bottle cap for the top of the tank. A hole was drilled in the cup for candy to drop into the bucket for added coolness.

The blue paint was matched at the hardware store and the blue and black were basic colors we had laying around. The components were painted separately so my son could go to town and painting everything.

The red stripes, numbers, windows and wheels were made with contact paper. The paper backing allowed me to cut the pieces and fine tune the sizing before sticking it on the train. It makes very clean lines instead of trying to paint with stencils.

All the pieces were screwed together which got my son involved in the production. Large washers were used to keep the cardboard boxes from getting torn off.

Black packing foam was used to fill the coal tender. It had a adhesive sticker backing on it so I tore it to small pieces and had my son remove the backing and stack the pieces in the coal tender.

Straps allowed my son to wear the Thomas the Train costume without ever having to hold on to it. 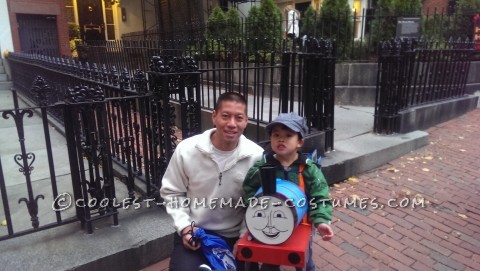 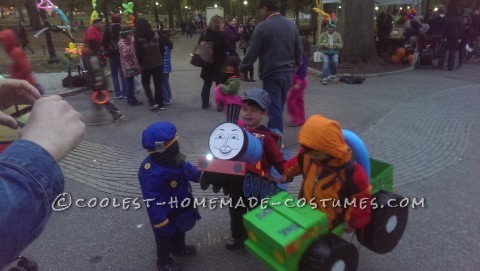 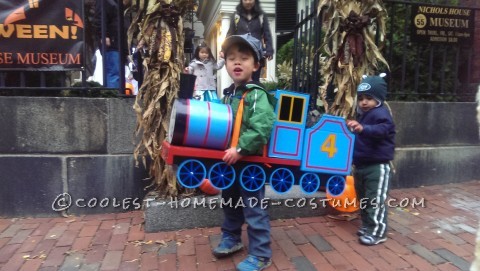 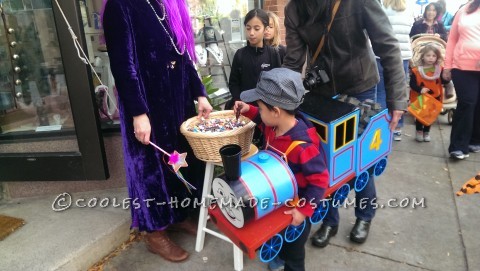