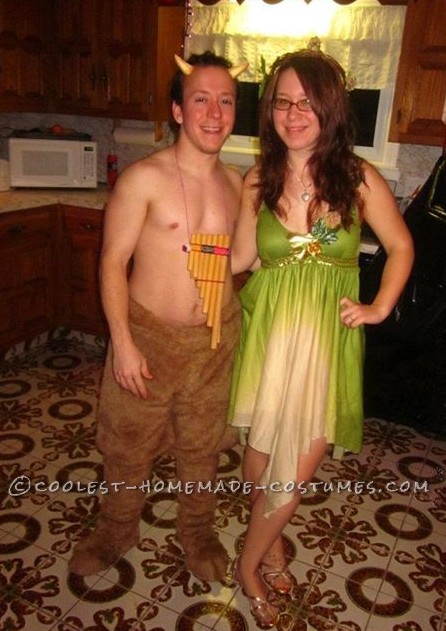 My boyfriend has always been obsessed with History and Greek Mythology, so while watching old movies one night, trying to come up with costume ideas, we settled on a Satyr and Wood Nymph. With only a few weeks till Halloween, it was crank time. I ran to the fabric store and bought way too many yards of fur. (It was my first time working with fur, I had no idea what to do!) I took his measurements and sat in front of my sewing machine for about two weeks trying to make a pair of fur pants.

Once I had them perfectly fitted and sized, I took a pair of old shoes he had lying around and inverted the fur, making it look like a light colored hoof. I covered the sides of the shoes in the fur as well to hide any sign that they were sneakers.

We went to a Halloween store and purchased a set of horns and stuck them to his head, and grabbed a pan flute that belonged to a buddy of ours and strung it around his neck to finish the look.

The costume was such a hit, everyone loved it (and couldn’t stop pulling his tail – literally!) It was an even bigger hit outside of our group of friends as the more adults we encountered that understood what he was complimented him on the idea.

It was hands down, one of the best costumes I’ve ever created. 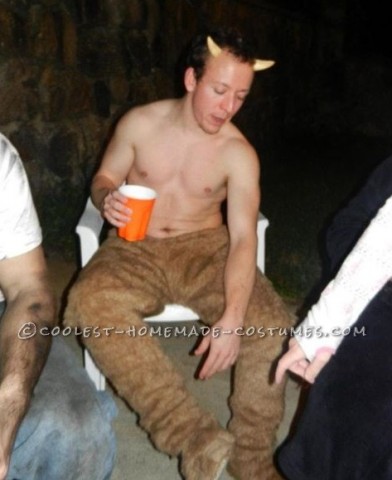 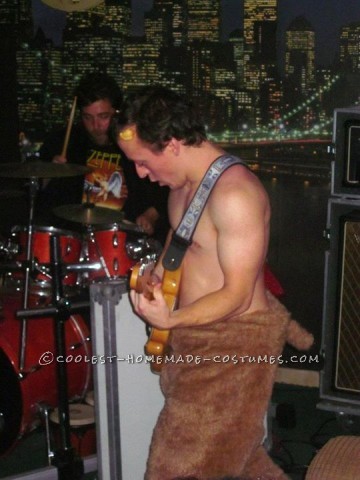