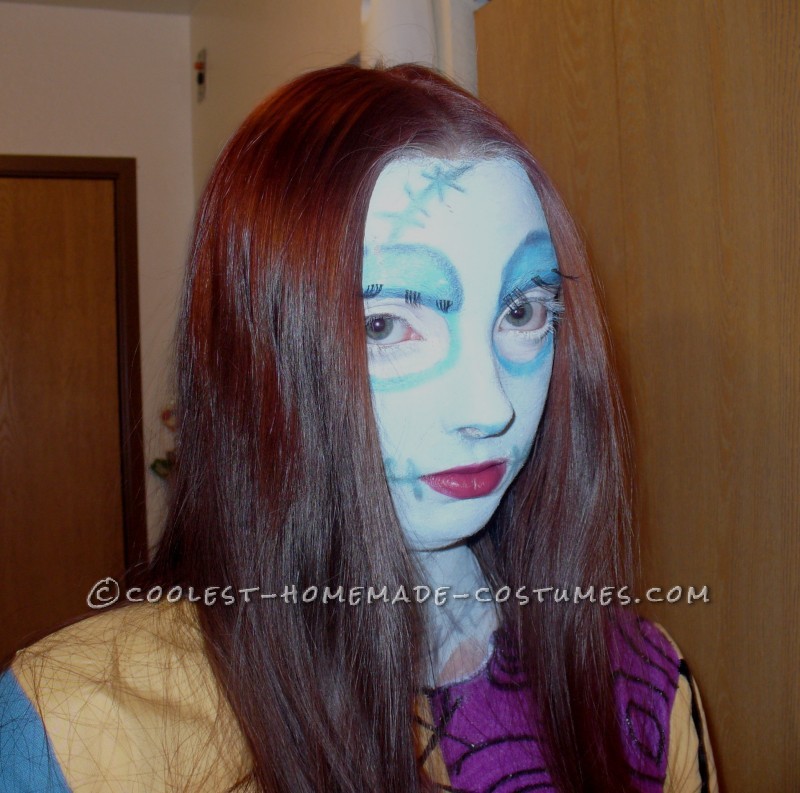 My daughter won best costume at her Anime Club with this Sally costume.

My aunt sewed the dress, but I did the rest. The tights were dyed blued with Koolaid, and the arms are the tops of men’s long socks, also dyed with Koolaid. I used a black sharpie marker to draw on the stitches. I also used the marker to draw the black stripes on the white socks. The shoes we already had at home. The hair is my daughter’s own red/brown hair.

Now for the makeup. I watched several YouTube tutorials to come up with my own version. Blue face paint mixed with white and a tint of green. The stitching on the face was black eye liner pencil with blue eye shadow over top.  A white eye liner was used to draw larger eyeballs, with blue eye shadow for the lids. I defined the eye lids with black liner with blue shadow over top. I took an old pair of fake lashes and cut them into junks and glued them on the drawn on lid. I did shadow my daughter’s nose a bit with the blue shadow. The lipstick was a wine red color.

This costume was a huge hit! I took my daughter to a Halloween party in a garage and people just loved it. My daughter wore this to her Anime club costume contest and won 1st place with it! 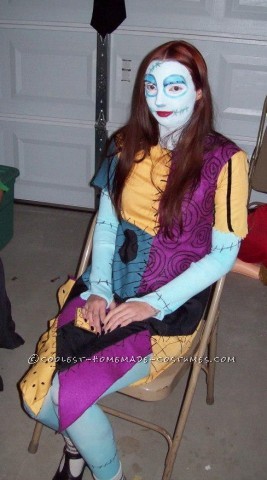 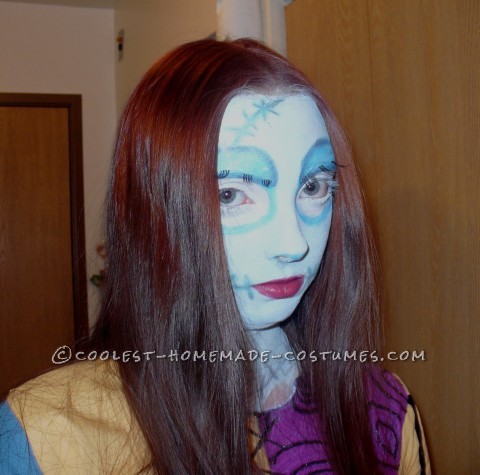