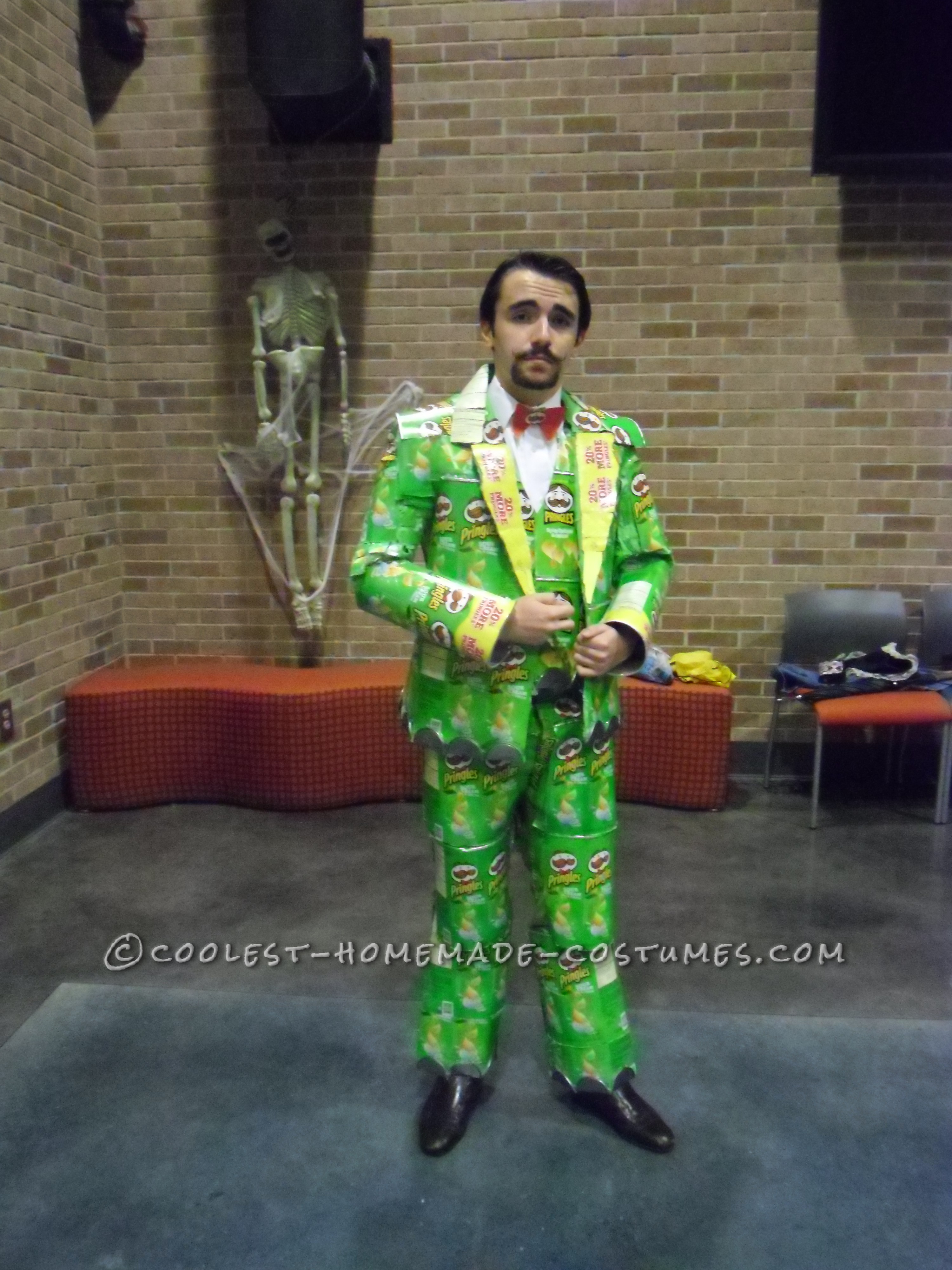 I love Sour Cream and Onion Pringles, I will go through five cans every week and a half (I may have a problem), and I got sick of throwing them out when I finished them. So I figured I would start saving them and make something out of them (what, I did not know). I’d been thinking about my Halloween costume for a while (this was in August) because Halloween has always been big in my family and I was hard pressed to one up last year’s costume. So while eating my favorite snack (Pringles, of course!) I thought, “Why not go as the Pringles Guy?” So, I did some research and found that some people have dressed up as a can of Pringles, but no one has gone as the Pringles Guy. (His name is ‘Julius Pringle’), so that’s what I decided to be.

After about two and a half months of saving cans, I finally had enough cans to begin making my costume. Now it was just time to take a trip the local Hobby Lobby to stock up on hot glue sticks, thread, and purchase some Pringles green fabric. First, I made my vest because that was the easiest part, I used a vest I already had as a pattern and cut a vest out of the green fabric. I used smaller ‘rewind’ edition cans on the front and did the bottom edge with the folded over metal bottoms from the cans. For the jacket, I took an old suit jacket I got from a thrift store replaced the inner liner with green fabric and covered some key outer areas (lapels, collars, elbows and shoulders) in green fabric so the jackets original color wouldn’t show in the spaces between cans. Through a montage of cutting, placement, and hot gluing (seriously, so much gluing) I had a fantastic (slightly stiff) Pringles suit jacket. For the pants, I dyed an old pair of pants green and clued cans to them. Making sure to leave ample room to bend my knees and cut so I could still sit down.

The costume went over really well I had dozens of people come up and tell me how awesome it was, and ask how long it took to make and how many cans were involved. Answer:  it took two and a half weekends and 40 cans were involved in the process. I had a blast wearing it and taking pictures with people. I won the costume contest the local theater did during their  “Rocky Horror Picture Show” performance, and the costume contest at the swing dance club of which I frequent. I had a fantastic time making this costume. This is my first time making something like this and I really enjoyed the challenge it presented and eating all those Pringles. And now I am even more hard pressed to top myself for next year’s Halloween. 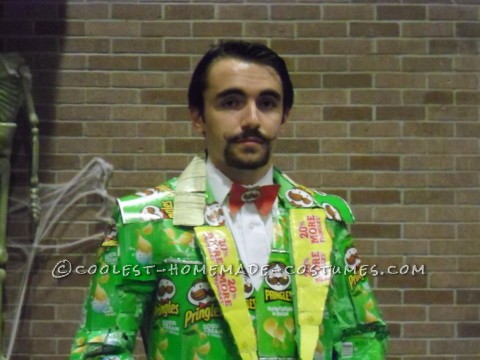 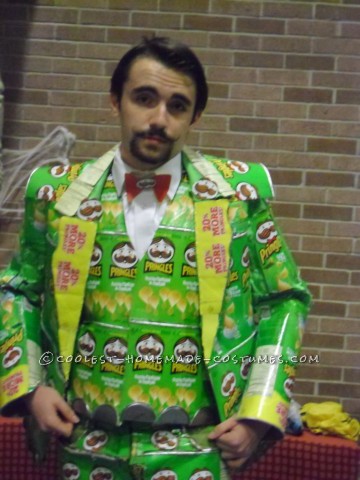 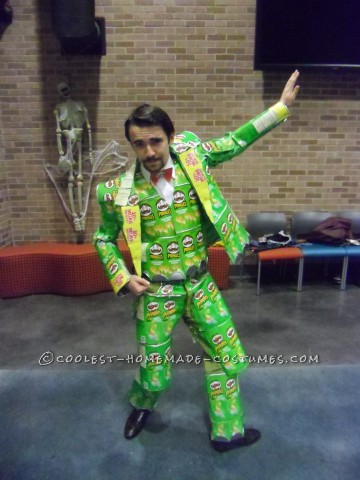 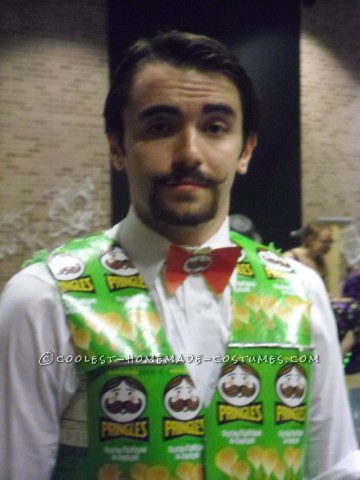 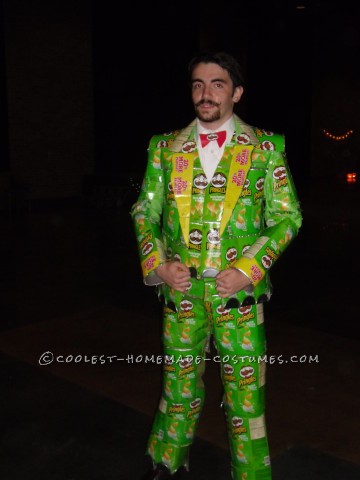 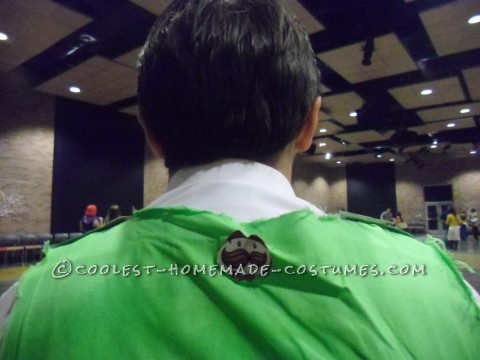 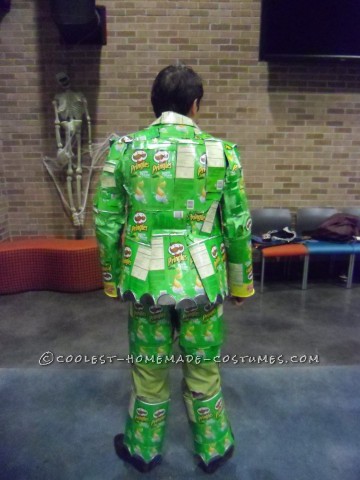 Coolest Homemade Can of Pringles Costume