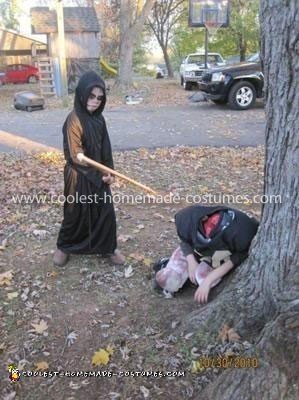 My son wanted to be a scary football player. So we decided to make him a Homemade Headless Football Player Costume. We placed his football socks and pants on as normal then placed a wash cloth with fake blood on top of his head. Placed his shoulder pads on top of his head and tied them tight enough that they will not come down. The child can see through the ties where they tie up. Placed the over sized jersey on top of shoulder pads.

We placed fake blood on my son’s pants and hands. He also carryed his helmat as a candy bowl. This costume won 1st place in the costume contest at the Dale Hollow State park. People were having trouble figuring out how he could see this was such a fun costume!!

Hope this costume was a fun and cheap way of freaking people out on the funnest night of the year. Have a safe and happy Halloween! 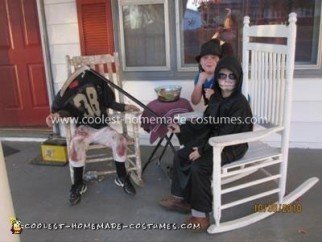