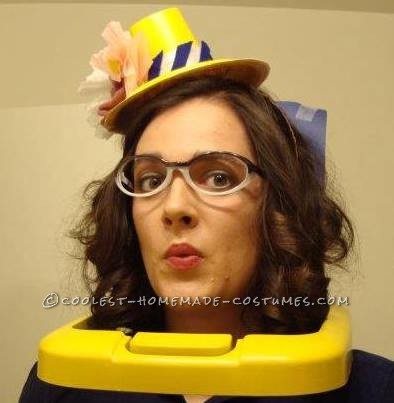 Tired of storing my childhood and college things, my mom has been sending stuff home with me when I visit my parents’ house. On one such trip, she asked me if something she’d found in the garage was mine. It was a lone flip-top garbage can lid (without the garbage can) and, to be funny, she held it up in front of her face, pressing the button so it would pop open and reveal her, smiling behind the lid. Even though the lid wasn’t mine, I asked her if I could have it.

When I was a kid, my siblings and I had a game called “Guess Who?” which involved two trays with rows of people you could flip up or down. You each drew a card and then tried to “guess who” was on the other person’s card by asking questions to eliminate possibilities. We loved that game, and my mom’s action reminded me of the way the people flipped up and down, so I decided to build a costume around it. There were only five women in the original game, but even though I look most like Maria of the five, I decided that Claire had the most interesting features. And that hat!

Claire from Guess Who 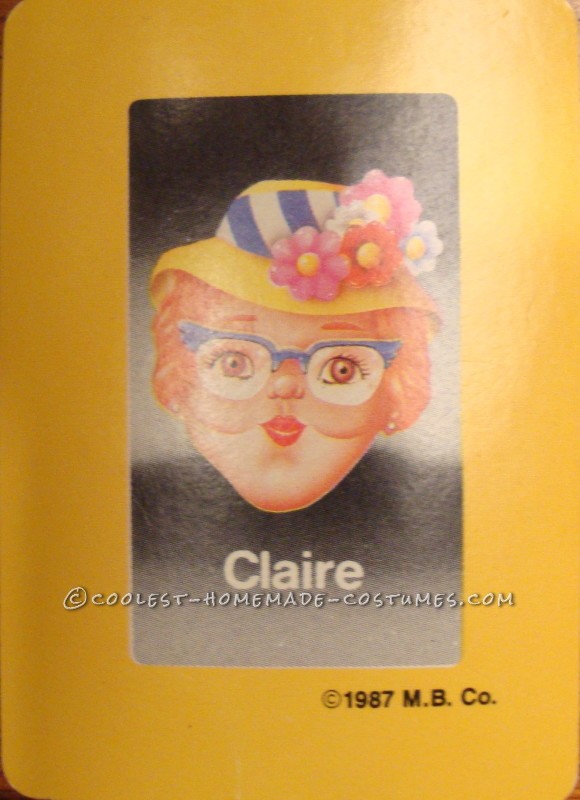 Guess Who – The Lid

I remembered the cards being yellow, and the lid was a beige-y gray color, so I bought yellow spray paint to cover it. I didn’t have a great place to spray paint, so I ended up spray-painting in the basement of my building. I thought I had covered the floor pretty well with newspaper, but I must have missed a spot because I left a yellow line on the floor. Good thing it was the storage area! After the paint was dry, I taped a piece of blue construction paper to the back of the lid because the trays were blue and red, and I always picked blue. 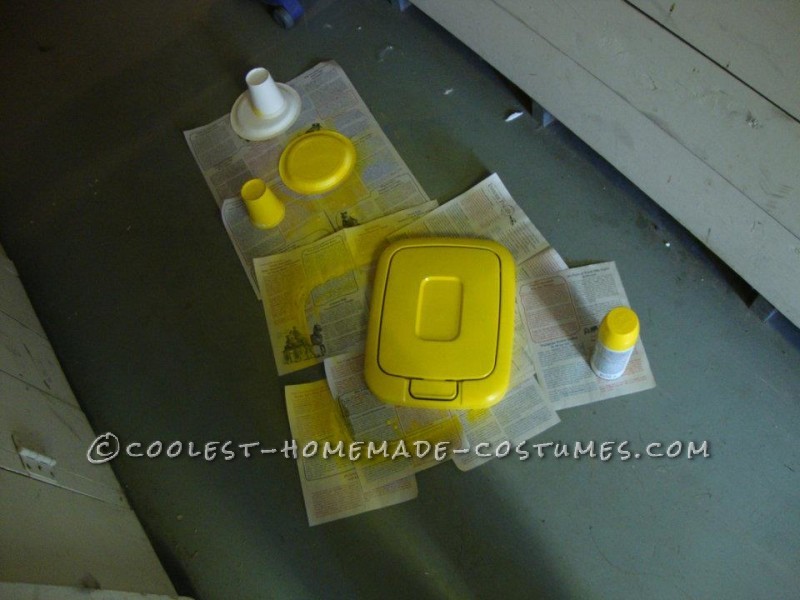 Guess Who – The Glasses

I picked up a cheap pair of plastic sunglasses to approximate the shape of Claire’s glasses. Mine ended up being a little more cat-eye than hers, but that seemed fitting for the character. I popped the lenses out of the glasses and colored the top of the frames black to approximate Claire’s half-rim glasses. It’s amazing what a Sharpie can do. 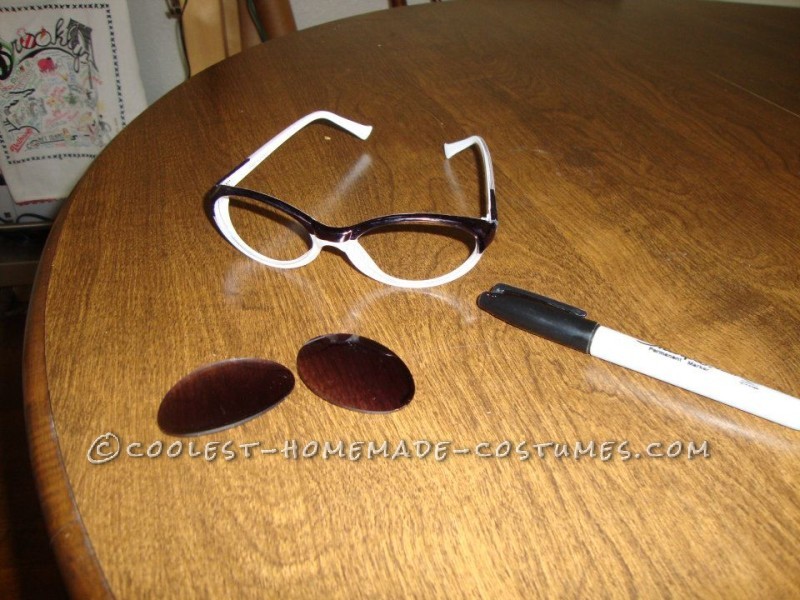 Guess Who – The Hat

Making Claire’s hat was a challenge. When I spray-painted the lid, I also spray-painted a paper plate and paper cup, then cut the cup to fit nicely on the plate. I wanted the hat to sit on my head (not cover it) so I knew I needed to attach it to something else. I found a headband that matched my hair color and would blend nicely, then attached the hat with a couple of twist-ties to either side of the headband, giving it a jaunty tilt. I made the ribbon out of blue felt with white felt glued to it, then made flowers out of crepe paper and facial tissue. I wish I had gotten a picture of the process and the hat up close, but I’ve cropped a picture so you can see it better.

Guess Who – Completing The Look

To really imitate Claire, I curled my hair, rouged my cheeks, and put on some red lipstick, pouting my lips the same way she does in the picture. The best part was that I got to wear comfortable clothes (a blue shirt and blue jeans, to match the blue tray). Some people got the costume right away, but most people needed a hint or two. And a few thought I was a Sarah-in-the-Box, which is cool because I could re-use the flip-top lid for a Jack-in-the-Box costume in the future.

But the people hosting the party I went to loved the costume, and I won first prize, which was a bottle of vodka and a mixer. Being able to re-live a part of my childhood and having a costume that no one else had were better than winning, though. And it was fun to figure out how to make the pieces work to create something fun and (for the most part) comfortable. Since I had the lid, the felt, and most of the other materials, I only had to buy spray paint and cheap glasses, which makes this a pretty affordable costume, too. 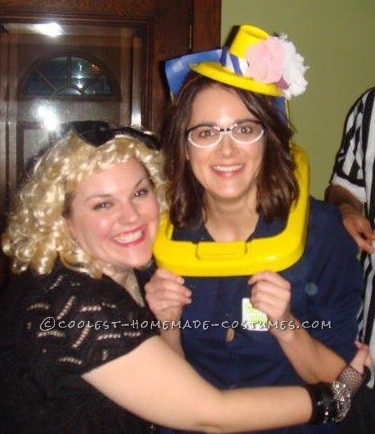