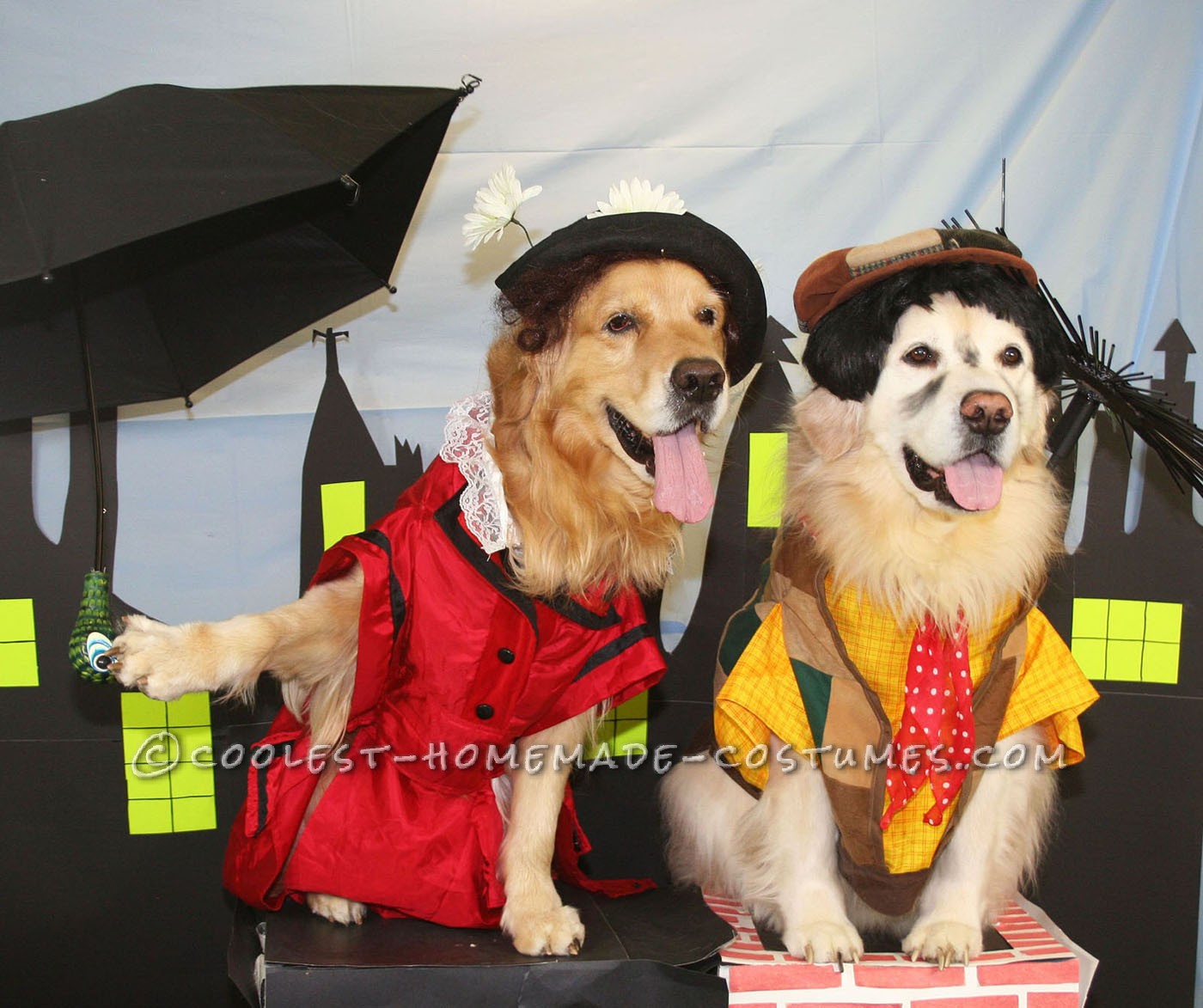 Golden retrievers Phoenix and Aladdin are dressed as Mary Puppins and Bert, the chimney sweep. They are “practically perfect in every way”! They have gone to the roof-top to “step in time”, where Bert, covered with soot, is perched on a chimney with his sweeper over his shoulder. Mary is holding on to her parrot head umbrella and is hovering near Bert.

Both dog costumes were made by hand. The outfits were sewn out of various materials, like cottons and velour. The Mary Puppins hat was handmade from felt with artificer flowers. The chimney brush was made of two circles of hard cardboard with long black coffee stirrers duct-taped on and glued together on a painted wooden dowel. The background was modeled after one of the backdrops we saw in the Broadway production of the show.

We drew the shape of buildings on black poster-board, cut it out, and glued on neon yellow poster board for the windows. The chimney Bert is sitting on was also made out of poster board, which is laid over a white cube. We took white poster board and printed bricks off the computer. We then cut them out and glued each one on the poster board in a brick pattern. This photo was not digitally altered in any way.