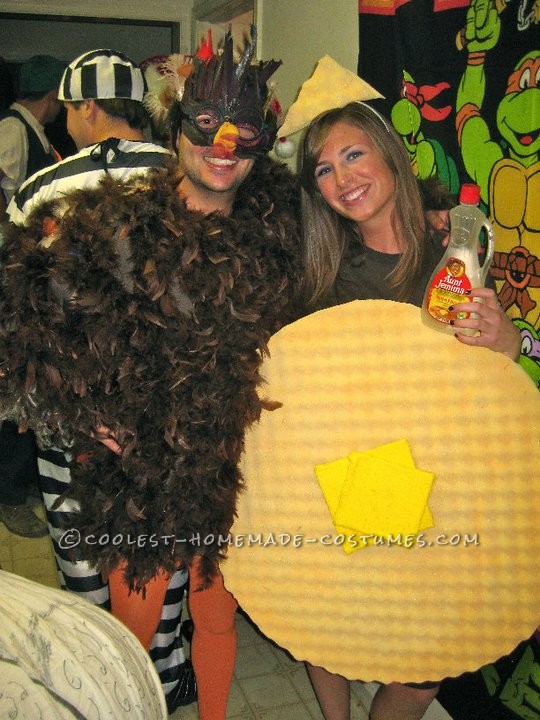 My girlfriend and I were inspired to be “Chicken and Waffles” for Halloween by our nearby Chicken and Waffle Restaurant called Last Legg which used to exist in somerset NJ, but has unfortunately now closed.  Anyway the restaurant was only a few blocks from my house and after our annual Christmas and Halloween parties everyone would walk over to indulge in the ultimate hangover cure… chicken and waffles!

For the chicken I got a bunch of brown feather boas and hot glued them to large brown sweatshirt.  I also glued feathers to a snow cap. I used orange tights for the legs and yellow cleaning gloves for the feet.  I found a pair of chicken glasses with a beak to complete the chicken.

For the waffles we cut a piece of egg-crate into circles and spray painted it a tan waffle color.  We glued pieces of yellow felt for the butter and cut out a triangular waffle piece to make a hat for her. She walked around with a bottle of syrup for the finishing touch.