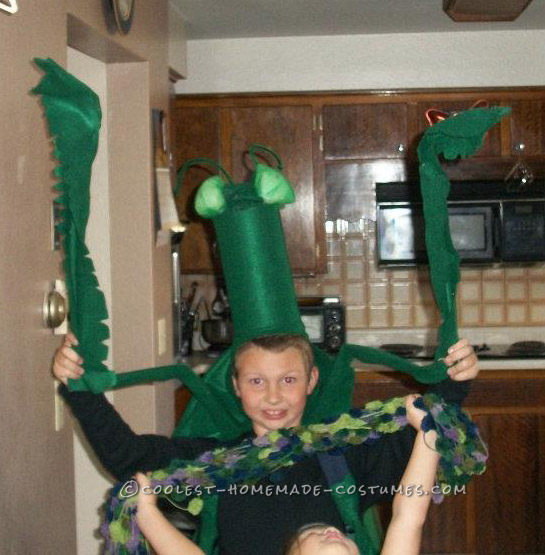 So my son loves to challange me in costume making, because I don’t sew at all. He decided to be a praying mantis. There is no where to buy this costume so I started resurching what they looked like and warmed up my hot glue gun. I will tell you he was thrilled with it. Most people thought he was a grass hopper. But it worked out in the ends and was definitly worth all the strange looks and compliments.

So I started with the legs there are 6 legs and 2 arms. I attached my legs to a bag pack by covered clothing hangers in green felt bent them to the shape they needed to be. Then covered the bag with felt and added toule to look like the body.

Next was the head. A matis has a long neck…..so I made the neck out of a oatmeal box, its round and attached it via elastic to his head. The face of the mantis is felt folded and eyes are styrofoam with toule covered. I attached green pipe cleaners to look like antenas and added detail using puffy paint, and markers. Mind you its all made from using a glue gun. I worked probly 10 hours on this thing and it was a huge hit. But it was worth it when he won best costume at the community center. He still talks about how cool it was. Thanks to the glue gun!!! 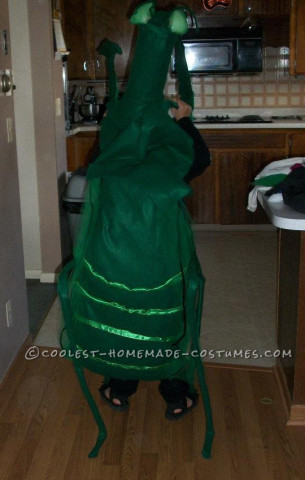