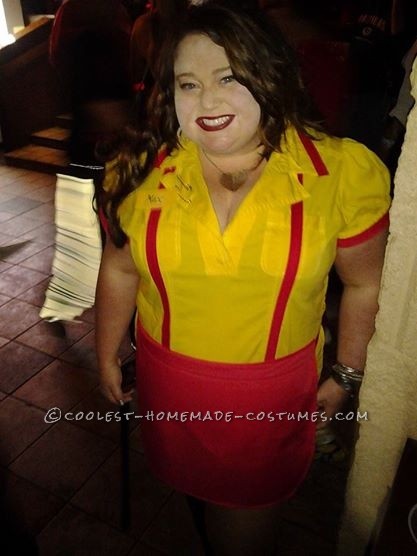 For my Plus-Size Max from 2 Broke Girls costume, I first dyed an old shirt dress I had yellow. I then sewed an apron using interfacing to make it stiffer. I used iron on heat transfer tape to attach red stripes to dresss then sewed them in place.

I used fake hair extensions to make my hair longer. I made a name tag and used heavy jewelry similar to what Max wears on the show. I found some cute high boots at Lane Bryant. I studied the make up and finished up with her signature dark red lipstick. The reactions were great. I had originally started the costume the first year show was aired, but then didn’t go anywhere for Halloween that year…so saving it until the show really took off made the reactions better. Since my boobs were stuffed to me the actresses I got some awesome reactions from the guys. It just proves big girls do have fun! 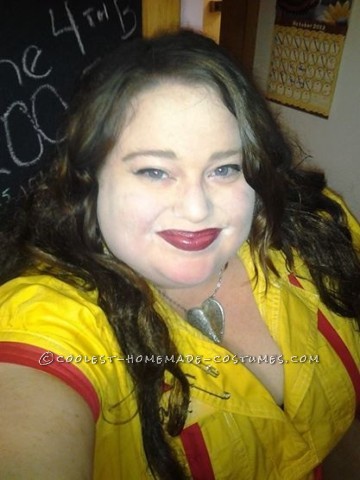 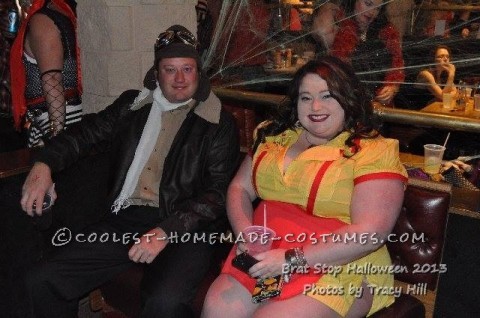