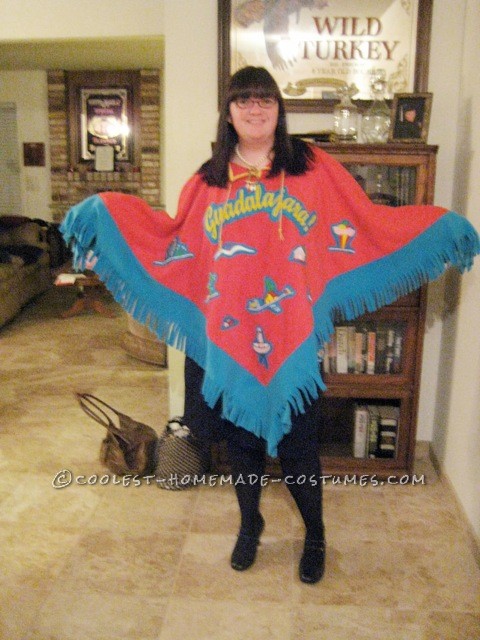 I was a fan of Ugly Betty when it aired and always liked the big, bright poncho she wore in the pilot episode. That got me thinking it might be a fun costume to put together for Halloween. I looked online for a similar poncho but there was nothing of any quality available, so I decided to make one.

I also wanted a costume that would look right for my hair and glasses at the time. I would have liked to have had red frames for the glasses, but I had to wear my prescription ones to see. I started by making the props for the costume. The B necklace was made from an inexpensive string of plastic pearls I found at a thrift shop, and a polymer clay “B” and clay teardrop beads I made. I painted the “B” gold and the teardrop beads with some pearl white paint.

I also decided to carry around a Mode magazine. I found a picture of one of the magazine issues from the show online, printed it out, and glued it to magazine I had on hand.

The poncho was the most involved part of the costume, but it’s also the one thing that makes the costume recognizable to others, so I made sure to make it as close to the real one as I could. I got some fleece in bright blue and red and a bunch of different colored sheets of felt. Going by a hi-res picture of Betty’s poncho, I drew out each of the patches on to some paper and broke the shapes down by color so I could use those pieces as a pattern for cutting out the corresponding color from felt. Then I hot glued the shapes together. Anywhere there is a black line on the patches I just used a Sharpie. For the Guadalajara lettering, I found a similar font and printed it out to the size I wanted it to be for the poncho, and then I cut out the lettering and pinned it to some yellow felt for cutting it out. To attach the patches, you can either hot glue them or stitch them on.

The poncho is just one large red square that I partially measured and partially eye balled to the right size. I cut the blue fleece into strips to the size of the length of each size on the red square and sewed them together. Next, I fringed the blue strips. I cut a hole in the middle of the poncho and lined the edges with some bias tape and added a string for tying in the front.

Part of Betty’s charm is her braces, so to make those I took an old top retainer and wired some metal earring backings to the front wire. Since my bottom teeth don’t show much, I only put braces on my top teeth.

For Betty’s clothes under the poncho, I looked for bright bold patterns.

Most people recognized me right away so that was a plus. Strangers came up to me a couple of times to compliment my costume which really makes doing detailed costumes like this worth it. 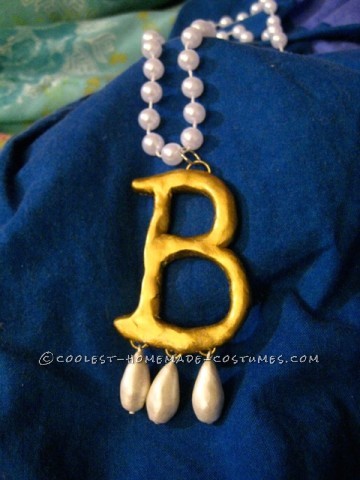 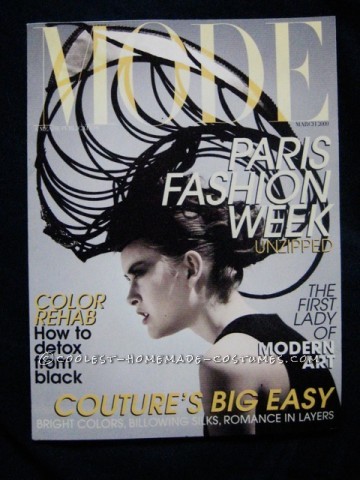 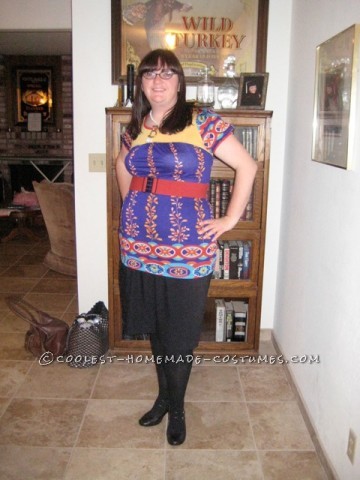 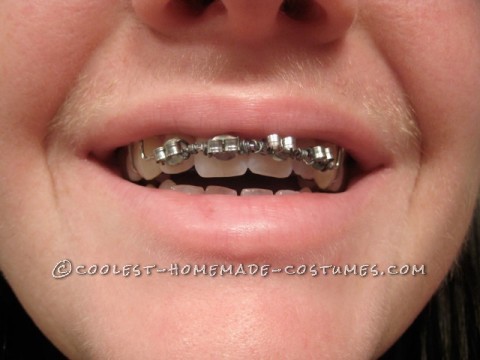 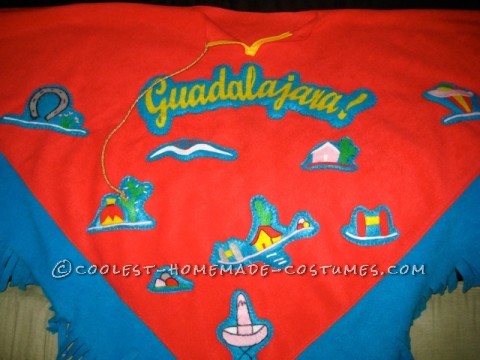