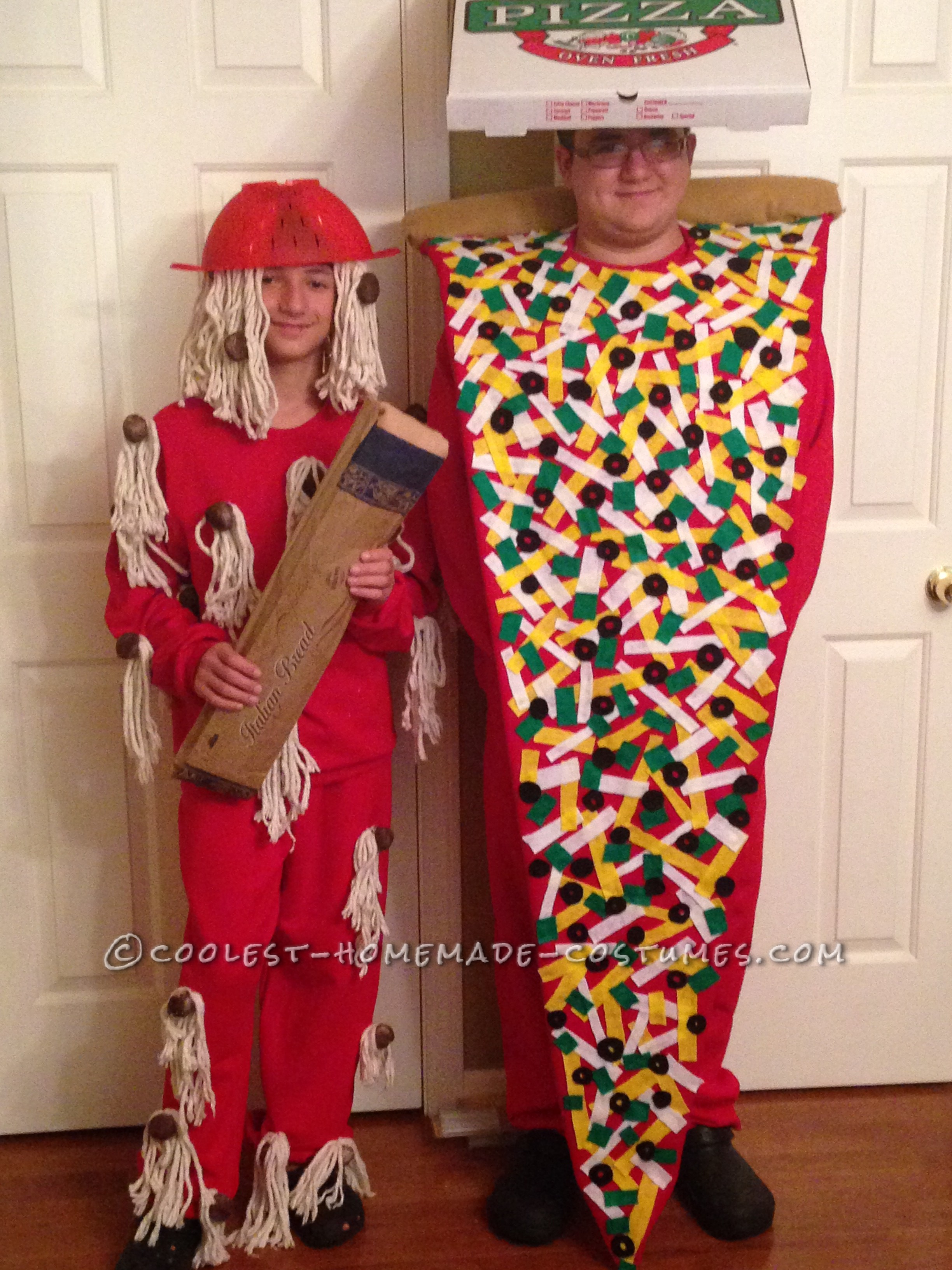 My two boys could NOT decide what they wanted to be for Halloween so I searched all over the internet for costumes I could buy already made. They didn’t like anything! I was ready to scream! So, i thought to myself….”hmmm what could I make for them to wear that would make them stand out!” Then it hit me! My Italian grandma would always say “eat! eat!” So that was it! My kids love pizza and pasta so I would make them into their favorite foods!

With the help of my mother, we began the creation of these very YUMMY costumes! We created the spaghetti and meatballs costume by cutting up a heavy duty mop head and spray painting large cotton balls! It was genius! (If I do say so myself) I took my colander from the kitchen and glued an entire mop head in it to place on my son’s head! And voila! The costume was born! We painstakingly attached each “meatball” and strands of spaghetti on red sweatpants and sweatshirt. This took about two days to make.

Then onto the pizza costume! I used huge pieces of felt and cut out a hole for my son’s head. Then place a wood down inside a bundle of batting and wrapped it in crust colored felt. This was the top crust of the slice of pizza! We cut out every single pizza topping by hand out of felt and hot glued each one on. The finishing touch was the pizza box hat! I cut a hole in the box and glued a baseball cap inside! This costume took almost 3 days to make. These costumes where a lot of work, but worth every minute when I saw the smiles on my kid’s faces when they laid eyes on the completed costumes! The reaction from people is astounding! They love being the objects of other people’s smiles! My Italian boys are a hit!