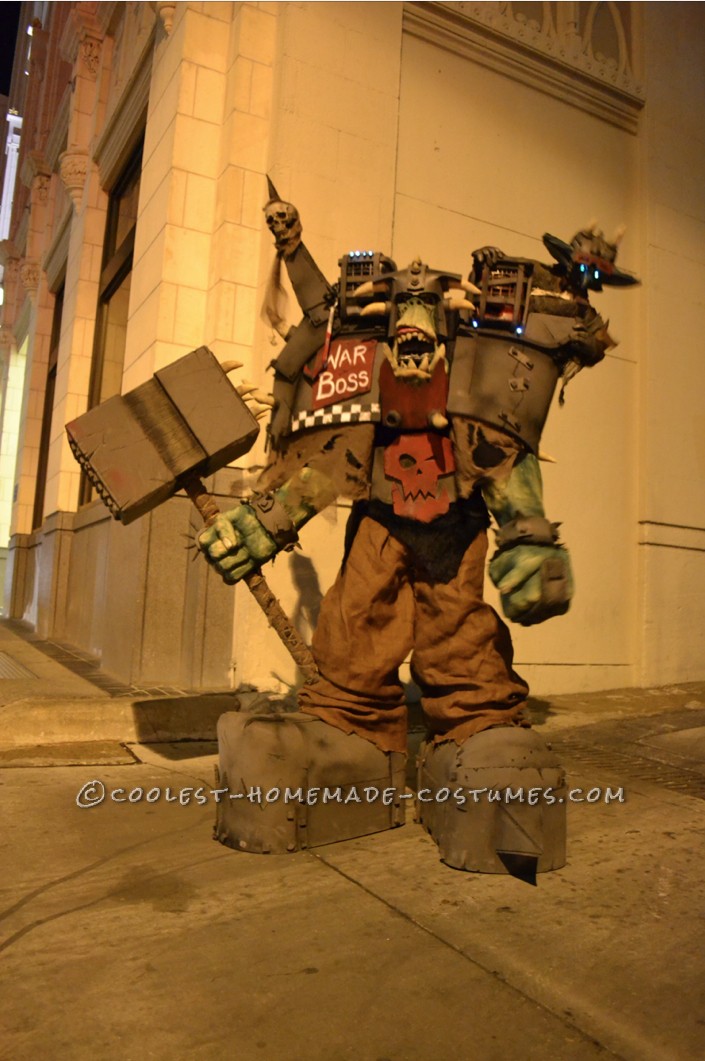 When I was a kid, I liked playing Dungeons and Dragons a little, but I LOVED painting the little metal figures a LOT. And I always wished that the little monsters I painted could come to life. So this Halloween it was time to make a monster. I did a little research to find a good monster to bring to life, and i stumbled across something called a WARBOSS from a game called WARHAMMER. The drawings and paintings I found completely inspired me, and it didn’t appear that anyone had ever tried to make one of these before.

The trick was to make it HUGE but to try to keep it from being too heavy. So I sculpted the mask, horns and fists out of clay, cast them in plaster and pulled latex positives of them. Then I sprayed “Great Stuff” expanding foam into them to fill them out with something lightweight. All the weapons and armor are made out of anti-fatigue mats that I cut up with a knife and shaped with a heat gun. I built a frame and harness out of PVC pipe and mounted an old stereo on it with detachable speakers that I mounted in the shoulders. I plugged an iPod into it and loaded it up with creepy voice tracks and loud music. I built stilts out of upside-down milk crates. And I also built a little hitch-hiking goblin body out of chicken wire, and sculpted a face, weapon and armor for him too. I hot glued everything together and popped on a few battery powered LED lights for added creepiness. Oh, and i wired in a boom box and an iPod for voice tracks and music.

It was AMAZING! We have a HUGE Halloween crowd here in Austin every year on 6th Street. It took me a while to make it down to that block, and when I turned the corner the flashes went off EVERYWHERE! I couldn’t even walk down the street as the crowd gathered all around. I stood and posed for pictures for HOURS with people from all around the world…even a TV crew from Italy!

I have been sore for three days now from the weight of this costume, but I haven’t stopped smiling yet! So much fun, and I’ve joined an online WARHAMMER group to share my pictures and videos of the big night. So much fun! 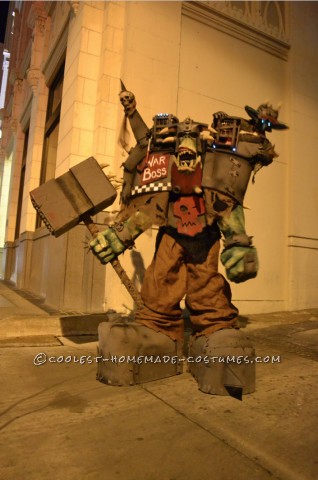 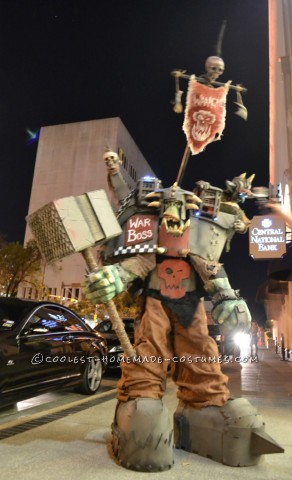 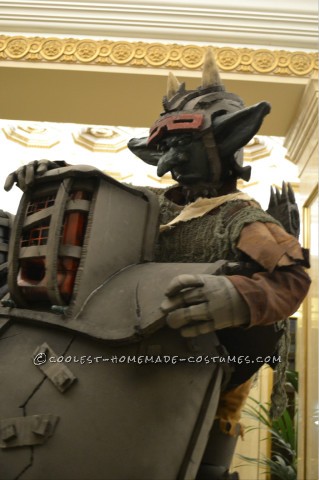 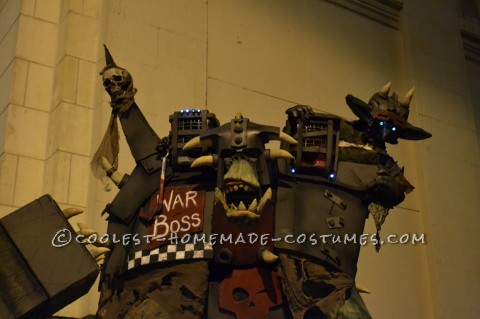 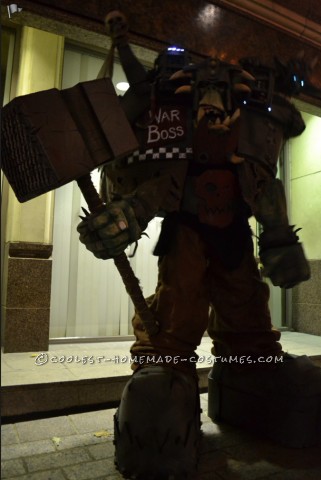 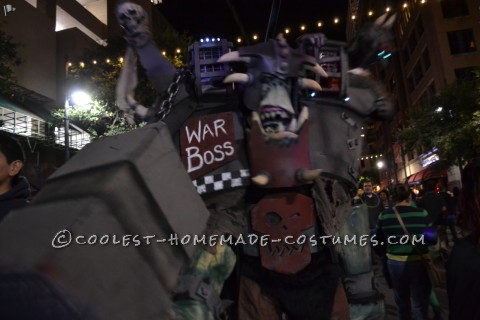 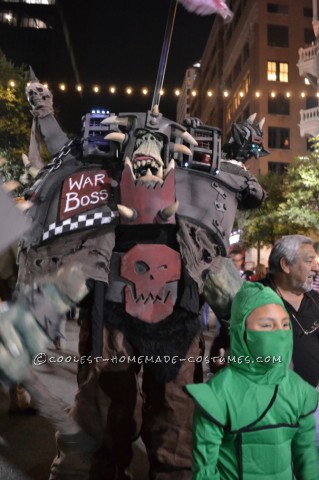 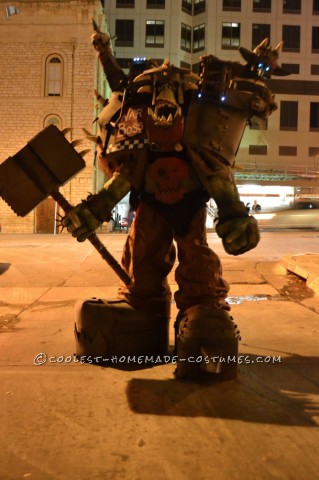