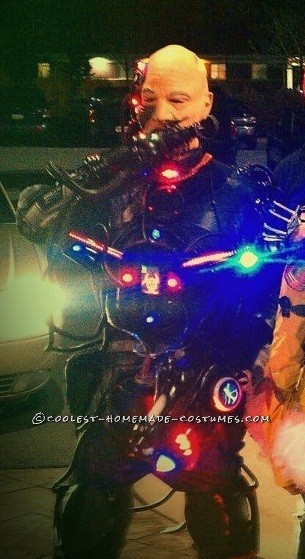 I’ve always been a huge fan of technology! I’ve always been good with wires (I have thousands of random wires I’ve collected throughout the years). My other talents consists of soldering, modifying components, computers, and game systems, operating systems etc.

Star Trek The Next Generation movie series had a race of cybernetic organisms call Borg. They assimilate other species of humans or other aliens into their collective. They refer to themselves as “WE” instead of “I”. I’ve always been a huge fan, and I wanted to create a similar idea of how they look in the movies, but modify it to my own design, and ideas.

I spent over 300 hours on this Locutus of Borg (Cyborg) Costume and worked very consistently to finish before the Halloween 2012! I have hot glue burns, solder burns, razor cuts, drill bit cuts, and super glue still on my fingers, haha, It can get brutal, but I’m pretty happy with how it turned out!

One of my favorite features of the costume is that It has a built in drink holster in the crotch area with a straw that comes up through the mask so I can enjoy a cocktail with hands free! I also made a little door hatch that allows you to go to the bathroom instead of taking the whole costume off! The center chest has motorized arms that open so that I can put my Motorola Droid Bionic inside to display a logo in the middle from my ANDROID market live interactive wallpaper!!!

Here are a couple YouTube video links of how the costume was created, and showing off the robotics in the chest, and the rotating claw. I’ll have to make another video to show the true final product. I’ve made many improvements since these videos.

Anyways….I hope you enjoyed the videos, and pictures!

P.S. I have more photos that a professional took while I was at a costume party when the costume was finalized (minus the issues getting the straw tubes to light up on the top of the drinking container). I’m still waiting to find out where I can find those pictures! 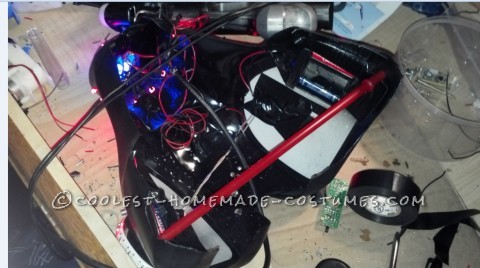 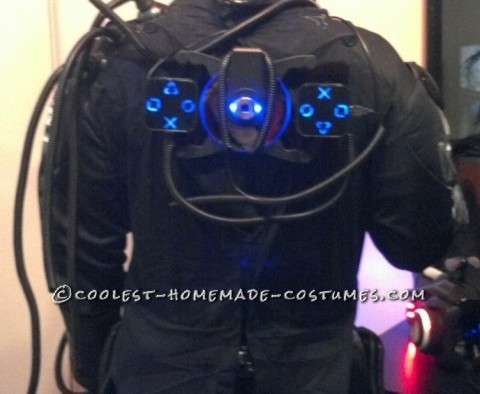 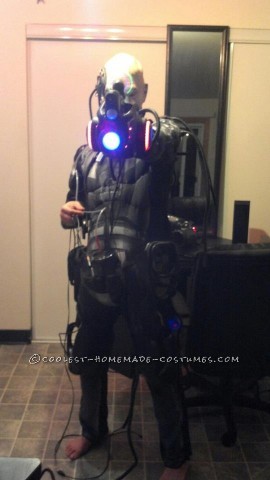 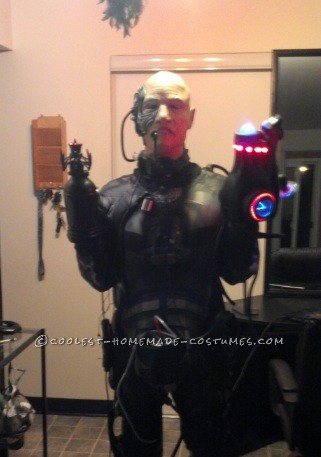 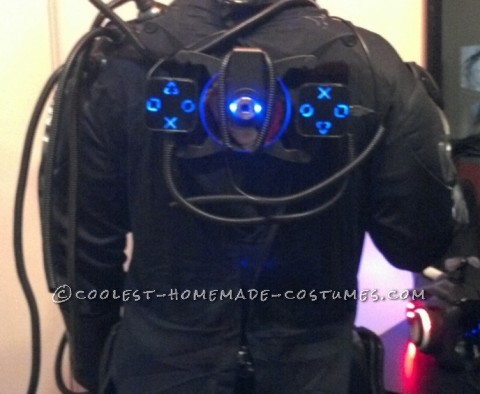 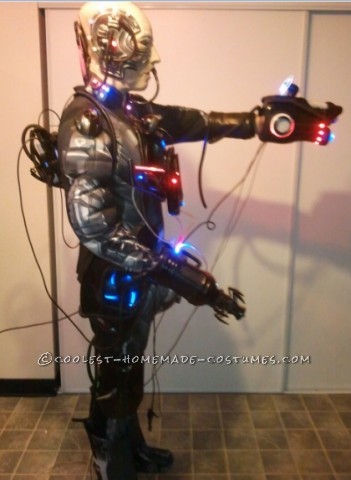 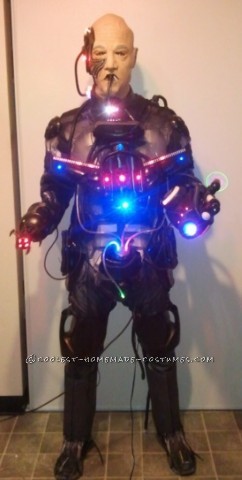 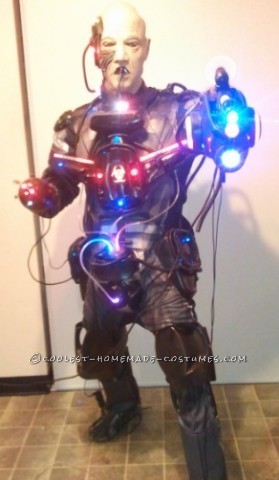 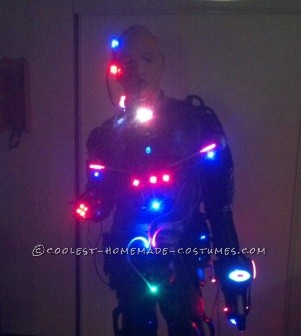 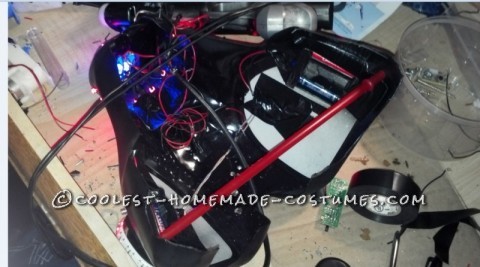