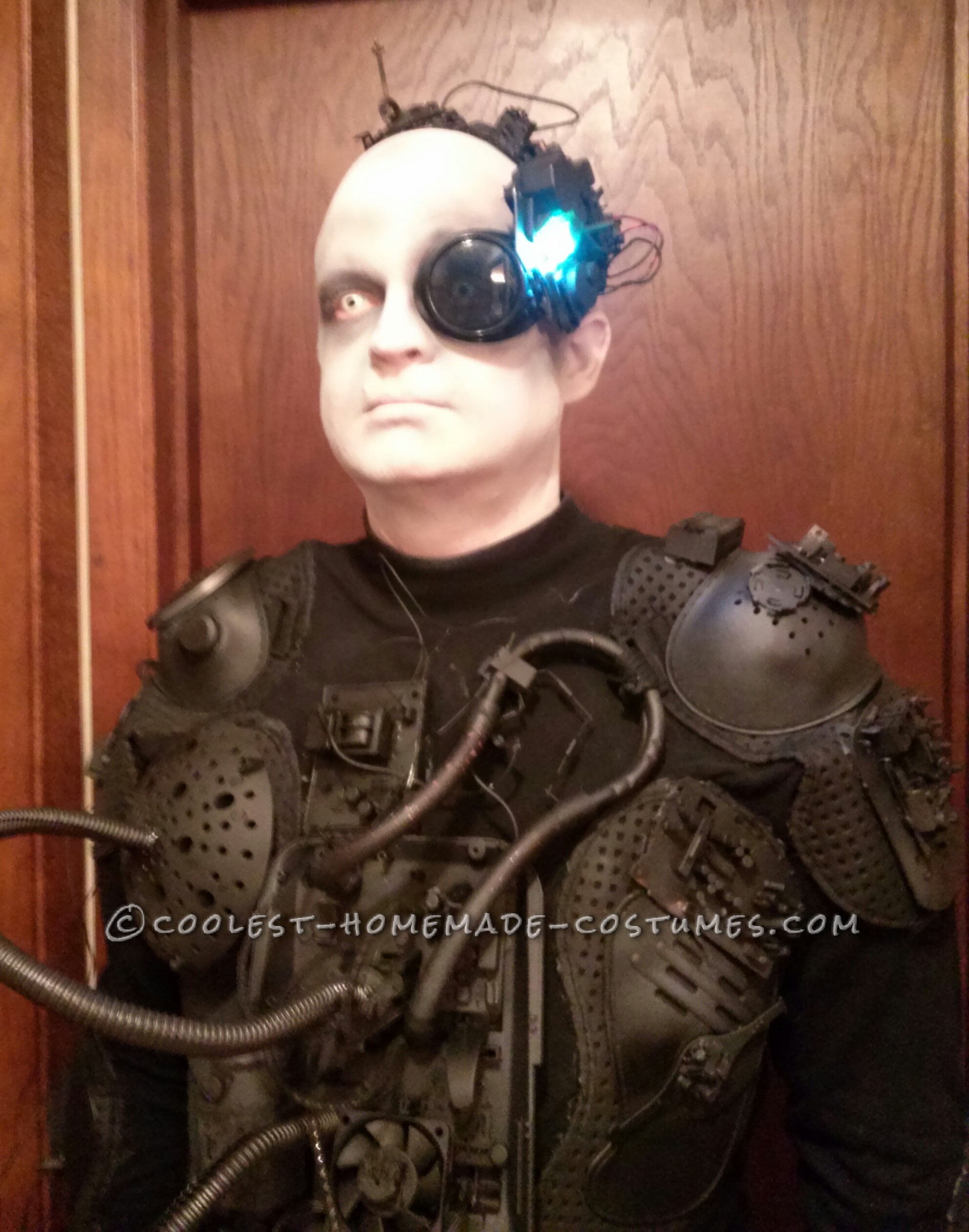 Halloween is by far my favorite holiday and every year I try to top the costume from the year before. My husband and I are Star Trek fans and I thought it would be kind of cool to create a Borg costume. It turned out better than I imagined and didn’t cost an arm and a leg. I looked at a lot of pictures online for inspiration and then headed out to get supplies.

My first stop was to Goodwill where I got a black mock turtleneck shirt and black sweat pants for $7. Then I needed to get some machine type parts. After looking at all the stuff at Goodwill I decided it would be too expensive. I asked the manager if they had any old electronics or toys that weren’t nice enough to sell. Unfortunately the answer was no but he did tell me about the Goodwill Outlet where you can buy things by the pound! I ended up getting old answering machines, phones, alarm clocks, a coffee maker and some sports equipment for about $20.

I went home and got started on taking everything apart. I ended up hot gluing on all sorts of parts and pieces to get a good look. It was still missing something though so I headed over to a surplus store and had a look around. I found a “finger light” and pair of goggles that were perfect for the head piece along with a bunch of tubing. All for less than $10. I looked at everything and decided it was too colorful so I got some flat black and gray spray paint. Everything was spray painted black and I used just a bit of gray to highlight and break up the black.

The makeup was easy, I used white everywhere except the eyes where I used black and gray. I also used a bit of gray to create some shadows on the face to make it look a bit more gaunt. We already had the contacts and they were a nice addition but it also looked great without them. All in all it was really easy to do and only took a few days to put together. It was a huge hit wherever we went! 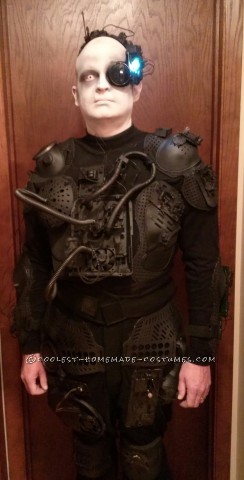 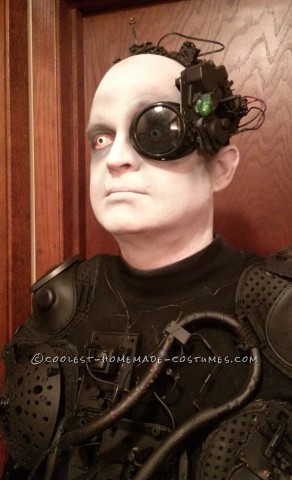