Skip to content
Home » 0riginal Costumes » Cool Inside Out Costumes: Sadness and Anger 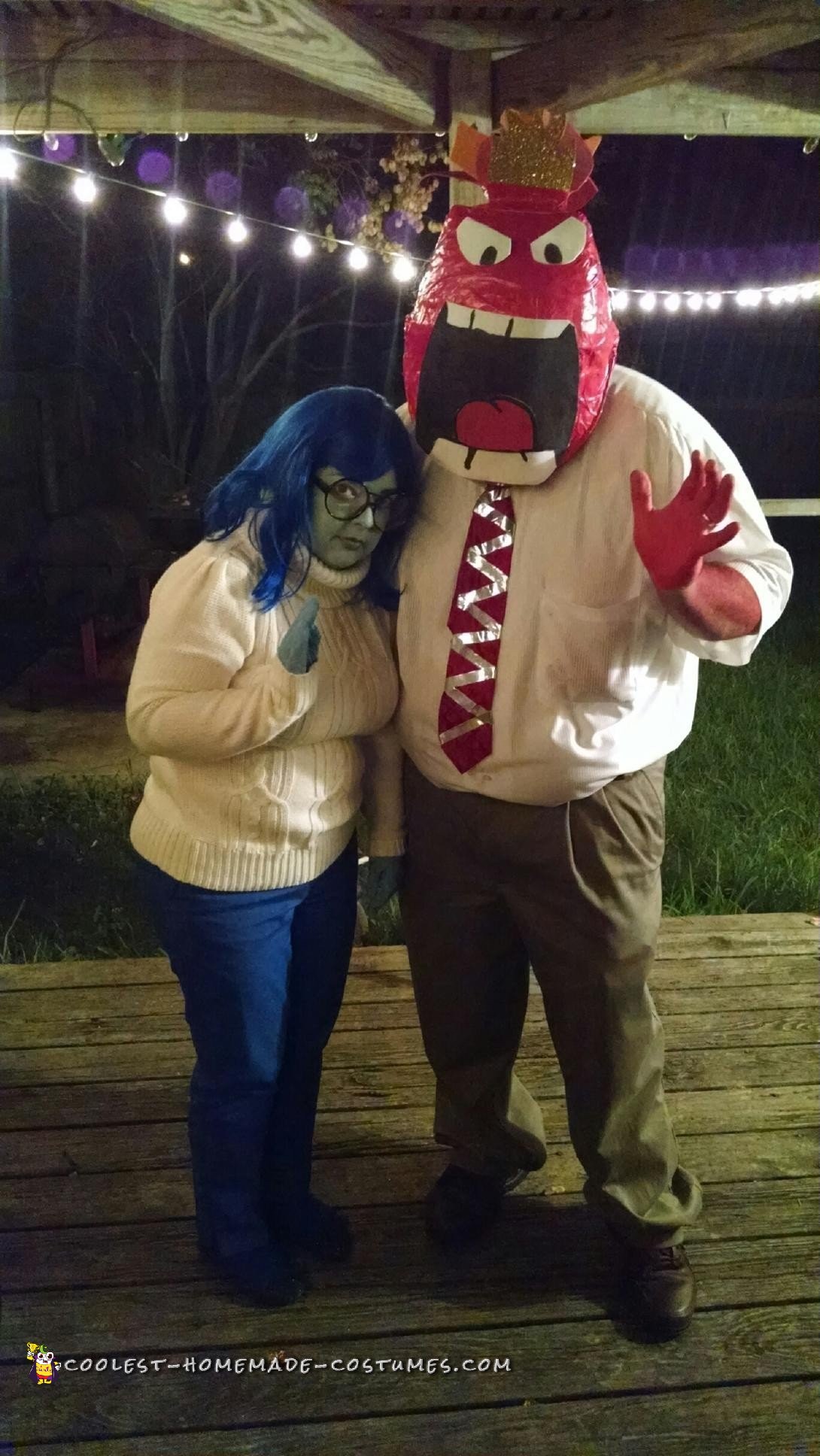 My husband and I enjoy creating our own costumes every Halloween. We pride ourselves in spending as little money as possible, but still achieving our desired affect of creativity and originality.

This year we viewed Pixar’s Inside Out and both instantly fell in love with the film. We joked that I was Sadness and he was Anger because our personalities sometimes fit those characters. My husband can be grouchy and stubborn, but he is also loving and compassionate as Anger. He says I am like Sadness because I can be quite emotional and sometimes a bit gloomy, but I have a big heart and am considerate of others. It was pretty much a no-brainer when we realized we kind of resembled the characters physically as well!

For the costume, I wore a cream cowl-neck sweater I owned, some royal blue ankle-length pants I purchased at a thrift store, and some blue stockings and navy flats I already owned. I purchased a blue wig and was lucky to find some Smurf body paint at a Halloween store. I wore some blue inexpensive latex gloves. The hardest thing to find was the oversized pair of glasses!

Anger’s costume was also surprisingly simple to create. My husband already owned a pair of khakis, white shirt,  brown shoes, and a brown belt. We purchased a simple red tie from the thrift center that I decorated with some silver duct tape in Anger’s zig zag tie pattern.

The head was the trickiest part. We found an Easter basket at the thrift store for next to nothing. Since Anger’s head is oddly shaped, the basket was perfect. We covered the basket with the handle extended with red duct tape! We then created the mouth and eyes with some simple foam and a good ol’ black Sharpie. We created the flames by layering red, orange, and gold foam cut in varying flames. He finished his costume by applying some red paint on his arms and neck.

I work as a school librarian, and lucky for me, we were encouraged to dress up! I debuted my Sadness costume at my library and the students absolutely loved it! I had fun recreating Sadness’s expressions. On Halloween day, we were both able to dress up and have some fun with trick-or-treaters, family, and friends!

This was a simple costume to create, but we had a great time getting into character and made some lasting, joyful “core memories!” 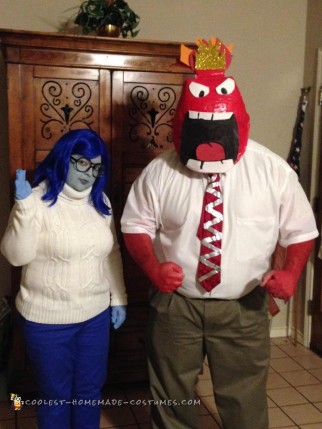 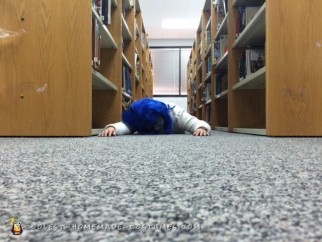 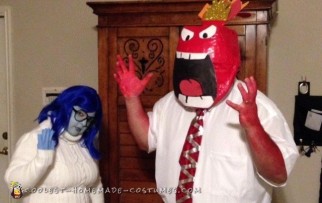 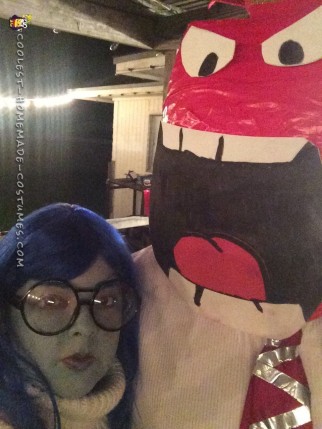 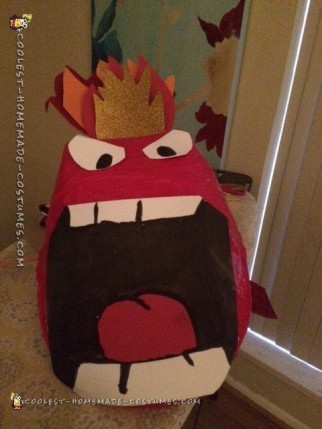 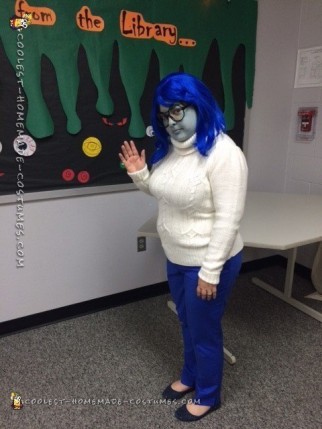 Inside Out Group Costume

Coolest Inside Out Character Costume – Anger