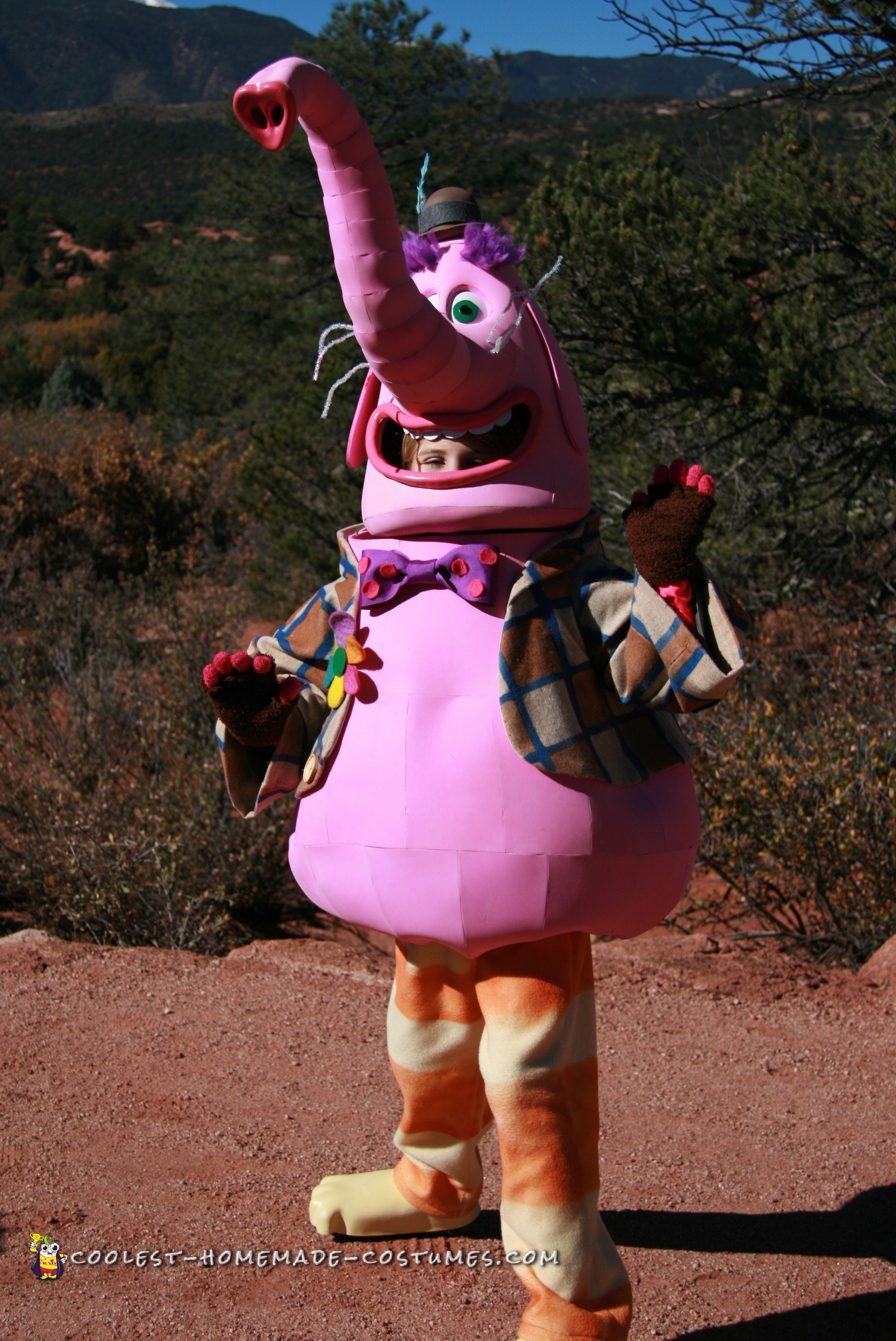 Every year my family tends to go a little overboard on Halloween costumes (OK, according to my wife – a lot overboard). So choosing a costume starts early for the kids in order to give me enough time to make them. My 8-year old daughter seems to have a knack for picking very recognizable characters from movies. Last year was Olaf from Frozen. This year, after seeing Inside Out, she immediately wanted to be Bing Bong.

Bing Bong is the funny, imaginary friend in the movie. Part elephant (obvious), part cat (note the tail and whiskers), part dolphin (he can make dolphin sounds I guess), and made of pink cotton candy – Bing Bong makes for a great costume. Even better, unlike last year where it seems everyone was Olaf, I noticed very few Bing bong’s this year.

As an engineer, I have to model everything in the computer first, so Bing Bong first came to life in 3D CAD software. Starting from sketches from web images, I modeled him up to figure out sizing and how my daughter was going to wear it. I then output CAD surfaces from the 3D model into Pepakura Designer, which creates flattened patterns that can then be printed on cardstock, and then traced onto whatever flat material I want to use, in this case 5mm pink craft foam from the hobby store.

The foam pieces were then glued together edge to edge using contact cement to create a 3D shape. The head, trunk, and body were all done that way. The hat, eyes, lips, teeth, and snout were also made out of 2mm and 3mm thick craft foam and painted with spray paint. Pipe cleaners were used for whiskers. The flower and feather were pieced together from items at the craft store. The eyebrows were made by cutting up purple puff balls from the hobby store and hot gluing the ends of the puff ball fibers to the foam head. I was going to trim the eyebrows down a bit, but they were just too wild and fun to change.

The jacket was sewed (thanks to my mother–in-law) in fabric from a custom pattern generated from the 3D model, and then painted to match the design of the jacket that Bing Bong wears. Felt was used for the crazy patches on the jacket. The tail was made from purple furry leggings (from the party store) wrapped around rolled-up soft hobby foam. A wire down the center of the tail gave it shape.

Pink stripes were spray painted onto the purple fur to match Bing Bong’s cat tail. A pair of pink and brown dollar store gloves with the fingers cut off finished of the hands. Yellow sweatpants spray painted with orange stripes made up the legs. The feet were formed from craft foam heated in the oven and vacuformed on my homemade vacuforming table over a foot mold cutout of construction foam (the vacuform table was built primarily for my other big costume this year, Captain Rex, but it also came in useful for Bing Bong’s feet).

In all, more hours than I would like to admit went into the costume, but it was worth it.  Of course my wife had to be in on the Inside Out fun as well to keep my daughter company, so last minute we also made a big blue head for the character Sadness, also made out of craft foam and blue yarn.

Given how much time is put into our costumes, we like to go to a lot of parties and events, so there were many opportunities to show off Bing Bong. Given how distinctive Bing Bong is, anyone who knew the movie instantly knew who he was. We heard a lot of “Look – its Bing Bong! It didn’t hurt that my wife was by my daughter’s side as Sadness. Even for those who didn’t know the movie, a big bright pink elephant turned a lot of heads. My daughter won several costume contests, got loads of pictures taken, and soaked up all the attention. 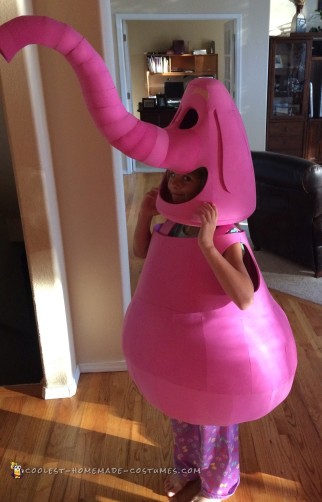 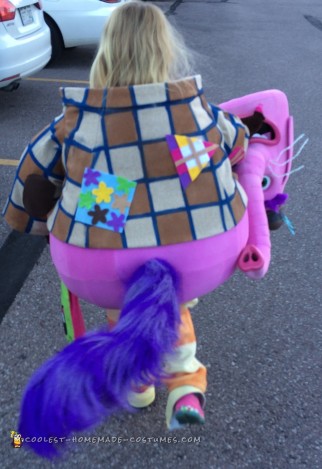 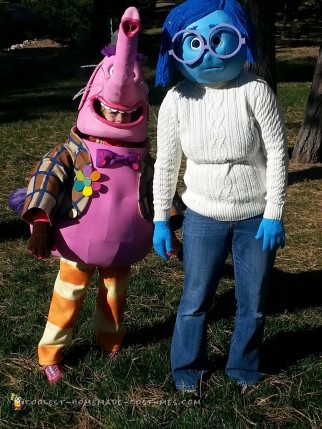 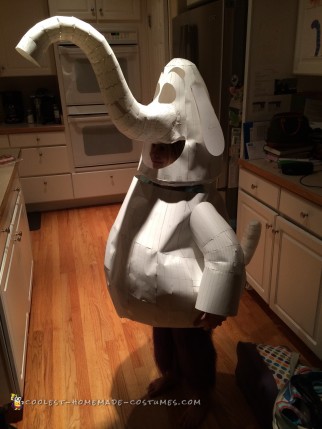 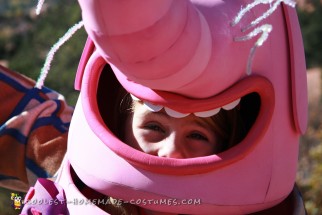 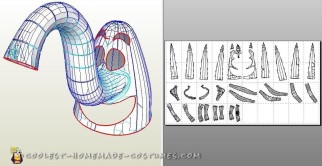 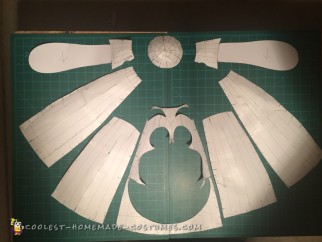 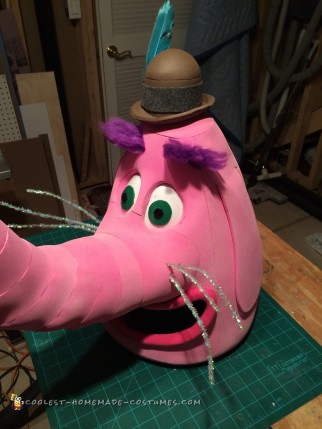 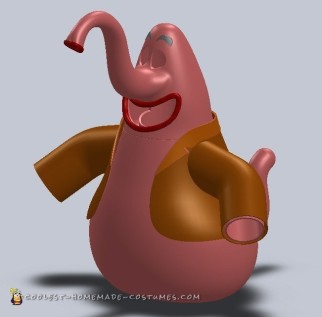 Coolest Inside Out Group Costumes