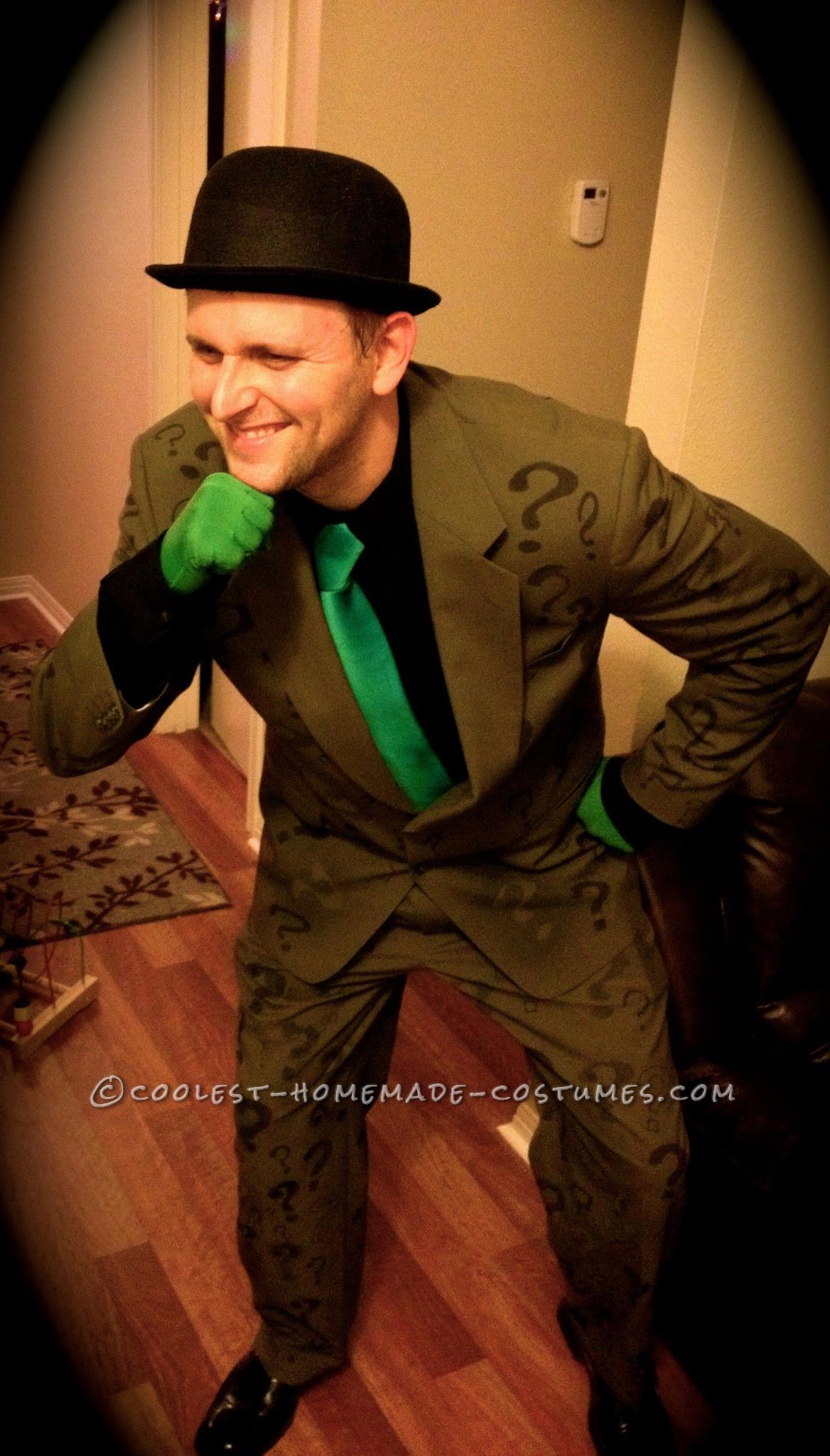 I decided to give the Riddler a try this Halloween.  Wanted the Frank Gorshin Riddler vibe, but couldn’t decide which version to go with.  Decided the suit version was easiest, and cheapest (barely).

The hat lacks the ? because, well, it was just impossible to get a decent looking symbol on this fairly cheap felt hat without it looking awful.

The gloves and tie were already green, albeit a brighter green (Gorshin’s gloves did not match his suit either) and gives the whole ensemble a little pop that is lacking with the darker shade of green in the suit.

The suit was purchased off eBay.com for fairly cheap (I think it was around $30).

I then made a stencil of Gorshin’s ?s and made a few more of my own to mix it up and create a little of controlled chaos.  I made the initial ?s black via fabric spray paint (approximately $6 at Michael’s crafts) and a jumbo Sharpie I had sitting around the house.  The spray paint was a little sloppy at times, but, since I was looking for a variety of saturation, it all worked well.  I then made negative space ?s with the stencil cut-outs, which also gave it a cool effect. This was done on the coat as well as the pants.

The rest was pulled together with a regular button up black shirt and a pair of black dress shoes.

I’m pleased with the result, although I would have LOVED for it to have been on a brighter green suit.  Maybe I’ll go for that next year.