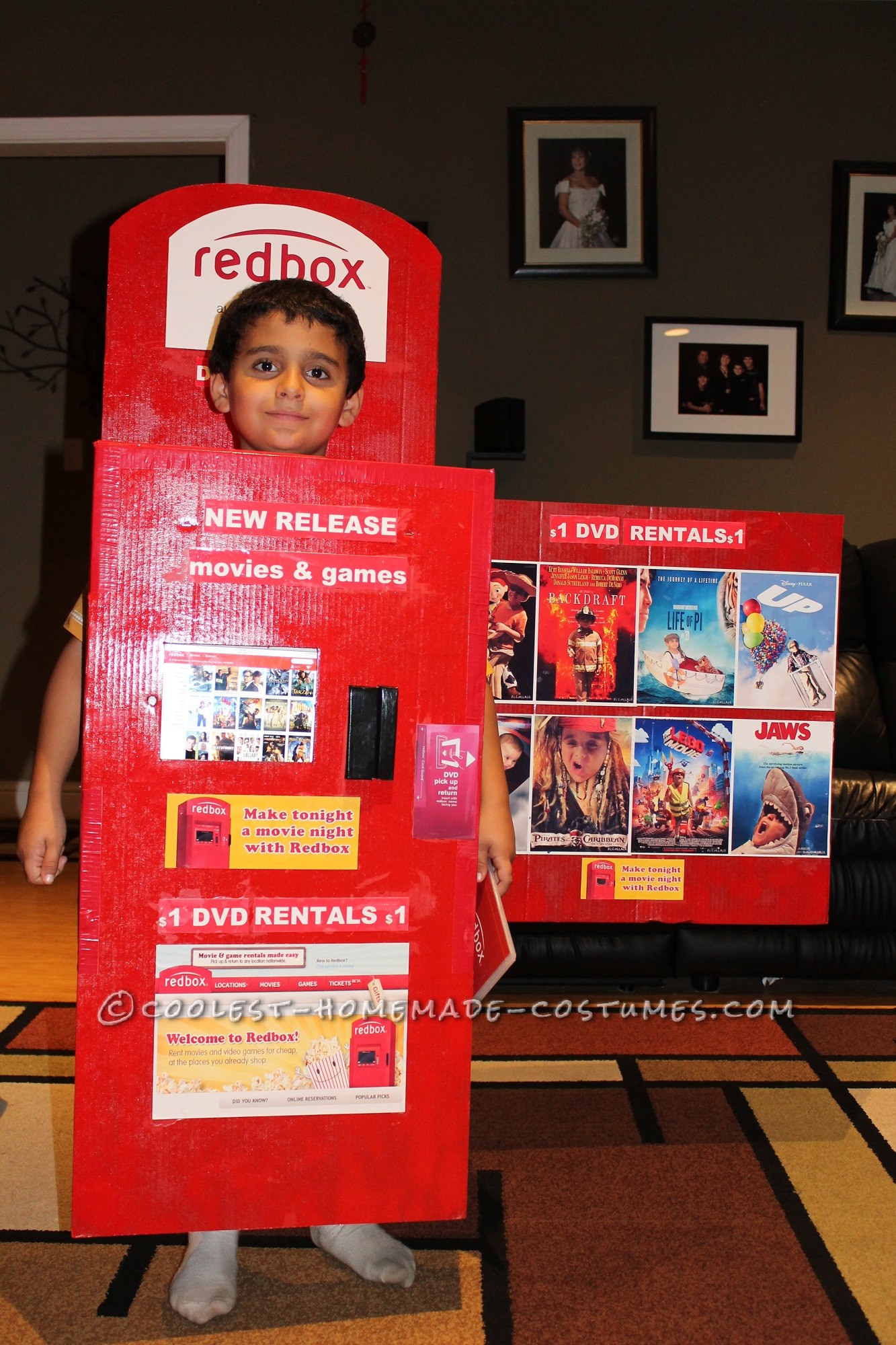 My son Antoine (8) had won the Sartorette Elementary’s harvest festival costume contest in San Jose for the last 3 years in a row. This year was a challenge coming up with an original costume for the contest. While driving by a Red Box I told my wife what about we built the box, we can use Antoine’s iPad mini as the interactive screen using Red Box web page and for the posters of the movies shown in the panel to the right, we can use photos of other costumes Antoine had worn in the past years, we can photo shop them and let Antoine be the protagonist in each poster and that is exactly what we did.

It was fun for Antoine because he tried in different costumes to be used in some of the posters and for the others we just used old pictures including the ones with the costumes he had won the contest for the last 2 years. Also, with the help of his own hand he was able to deliver the movie by the side of the box and also grab the return when people insert the movie back. Every one in the school loved the interactive feature.

Even when we just stepped out of the car other parents and kids wanted us to stop then they could take some pictures and play with the interactive box. This was the same reaction with all the people in the school. Antoine was so happy he really felt like a celebrity… everyone taking pictures of him.

Oh…I almost forgot…he won this year as well! and he is so exited to wear the costume again this Friday

For building the costume, we used a box from my audio receiver I bought last year, we cut some holes on it for the head, arms and body. I used 2 different cardboard for the front and back panels attached to the main box with staples and red duct tape. We painted the box with red spray paint. For the logos we printed them from the internet. For the movie posters we did the Photoshop with Antoine old and new pictures and the original movie posters then printed them with my computer. As it is uncomfortable to wear a box we added some cushions inside the box for the shoulders they worked very well. For the screen we used Antoine’s iPad mini showing Red Box webpage where you can actually select a movie.

I hope you guys enjoy the costume. 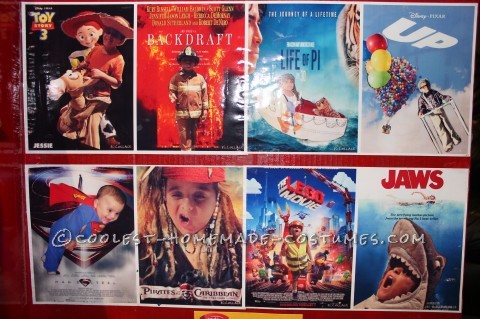 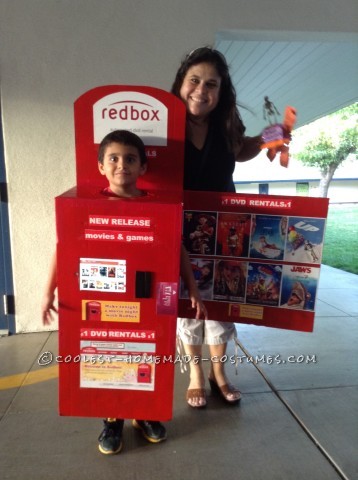 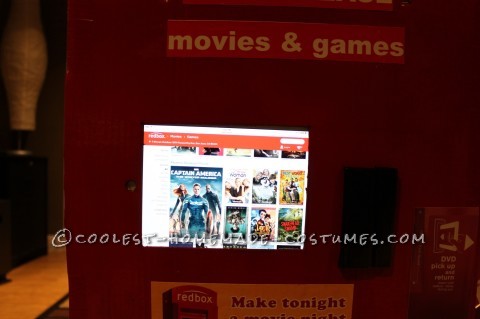 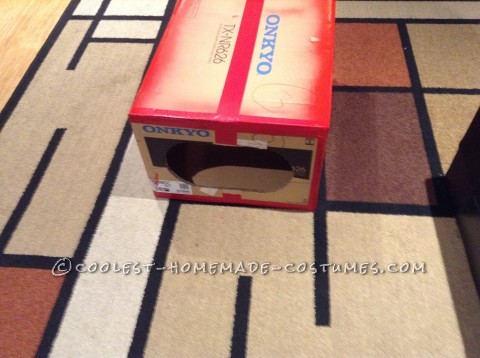 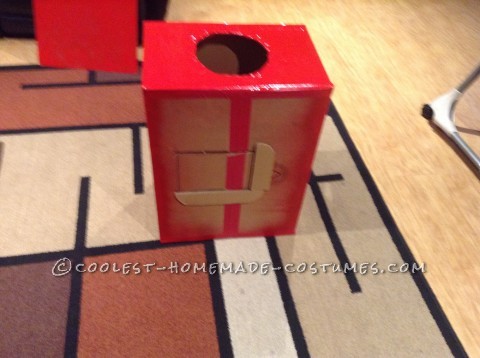 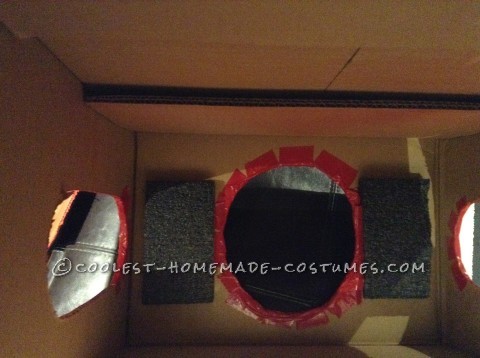 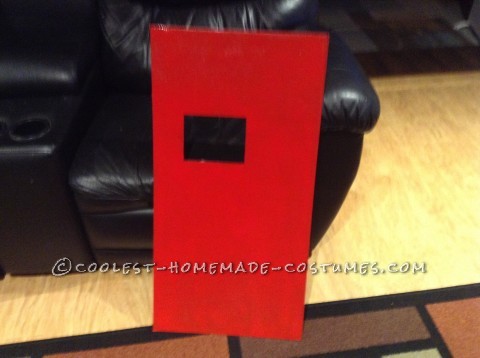 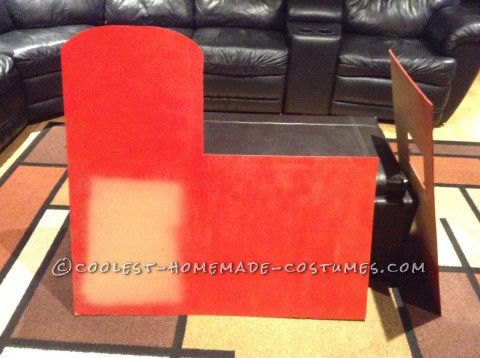 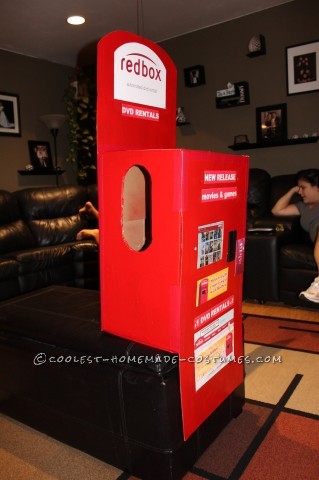