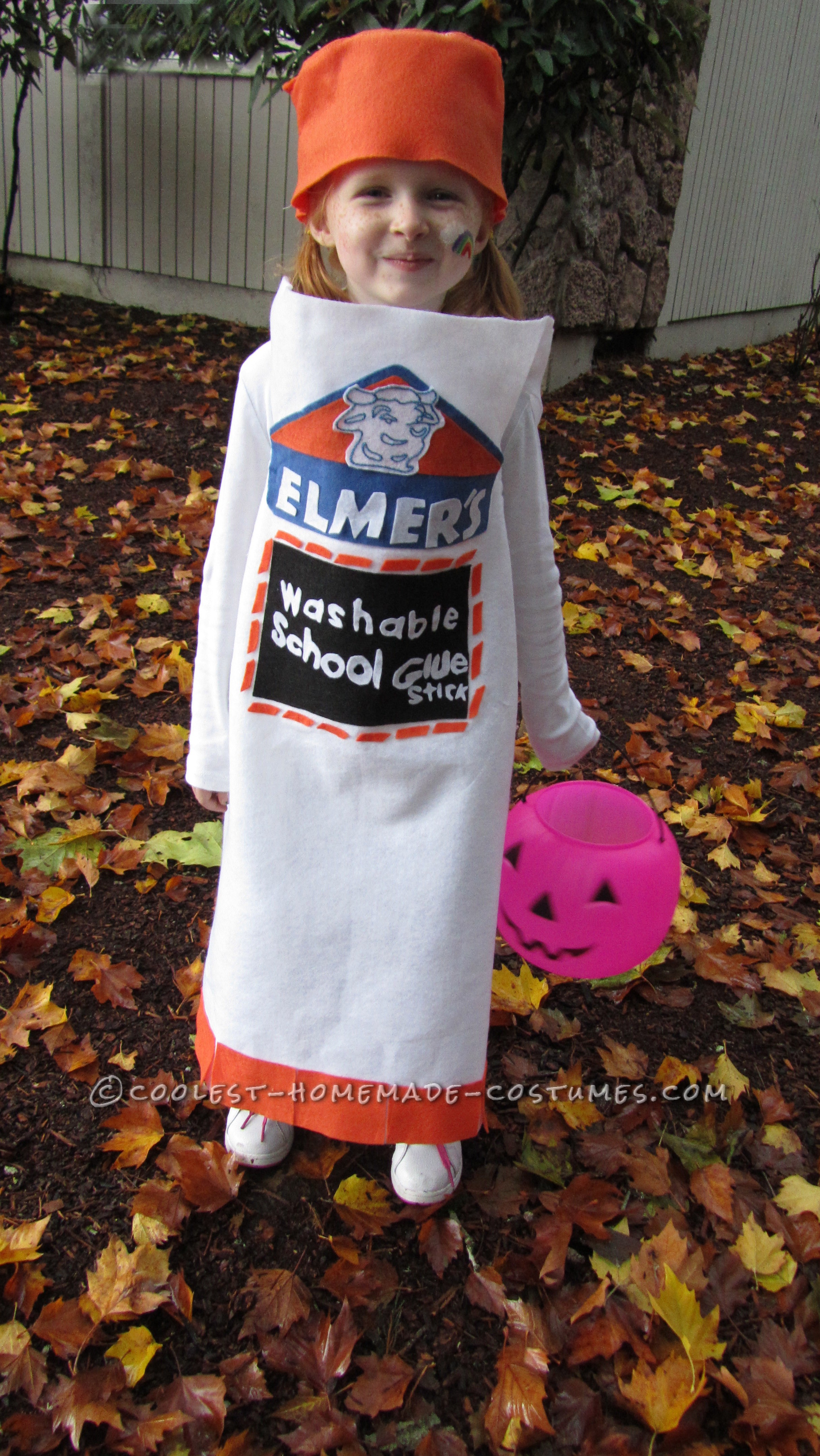 As always, about two months before Halloween I start talking about costumes, and out of the blue Meg said she wanted to be a glue stick! And not just any glue stick, she was very specific, she wanted to be “the one with the cow on it, the one I use at school”. With no precedent to work with, I just assembled everything as best I could.

Starting with about a yard of white felt I sewed up the back to form a tube, cut armholes so that the tube was at her chin, and cut the bottom off to rest just above Meg’s shoes. The whole thing kept slipping off, so I cut a few strips of felt, braided them, then stitched them to the tops of the armholes to form inside straps to hold the “glue stick dress” up from the inside, (you can kind of see one of the braided straps in the laughing picture). She wore a white long sleeved shirt and jeans under it.

For the decoration I found a high quality picture of the glue stick from the Elmer’s website, and used Photoshop to enlarge it. I printed out the large glue stick parts, cut them out, then used the cutouts as patterns to cut the shapes and words out of felt, which we ironed onto the glue stick with Heat n Bond iron-on hem adhesive. We also cut squares of orange and iron, attached those to the bottom for the twisty part of the glue stick. Finally, for the logo, I used the paper cutouts to cut the silhouette of the cow out of felt, then sketched the ‘cow’ onto the shape, embroidered it in blue, and attached with the iron on strips.

The hat we made by cutting a circle out of orange felt, and sewing two strips around the circle, crude but effective.

Meg loved her costume!! Her favorite part was ducking her head down in the high part of the dress so that it appeared she was a ‘closed’ glue stick! She got wildly excited comments and praise at school, during trick or treating, and from family and friends. This was one of those flash-of-inspiration-costumes that really came together perfect! 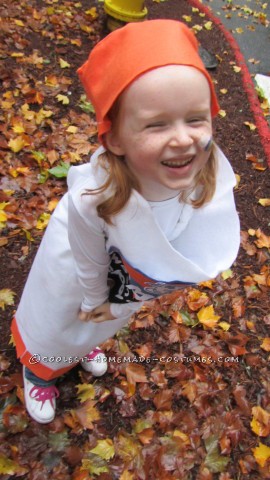 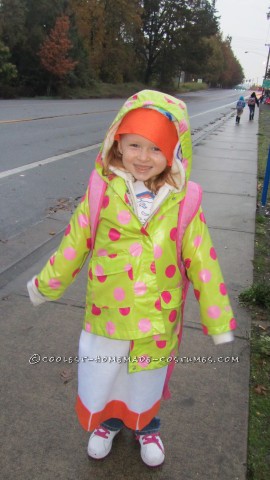 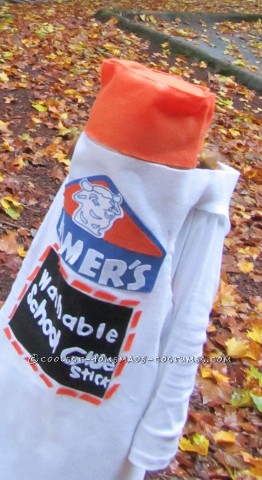 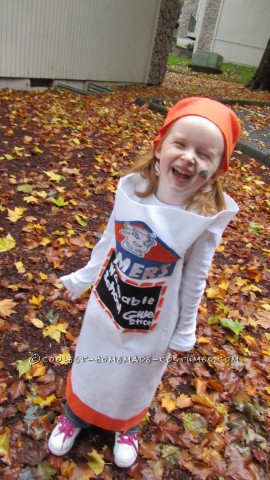