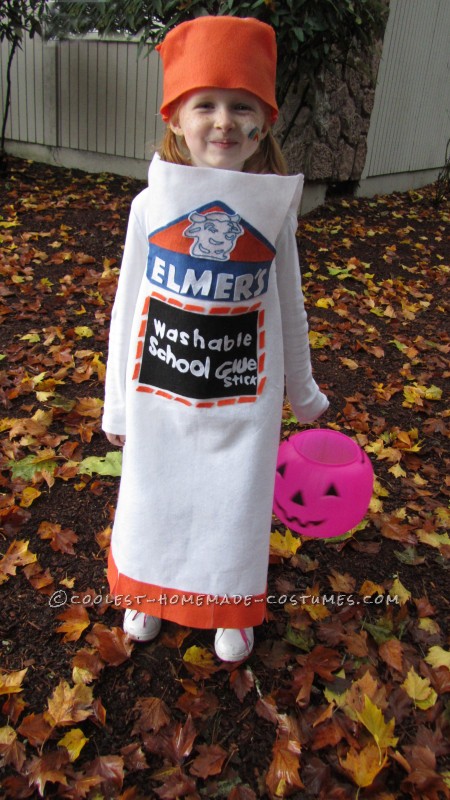 As always, about two months before Halloween I start talking about costumes, and out of the blue Meg said she wanted to be a glue stick! And not just any glue stick, she was very specific, she wanted to be “the one with the cow on it, the one I use at school”. With no … Read more

Halloween 2007 was my first year of college. I’m not all about the buying super expensive costumes that cover up about the same as a bathing suit. This is for two main reasons: 1. I don’t want to spend a ton of money on a one night or maybe one weekend outfit and 2. I … Read more 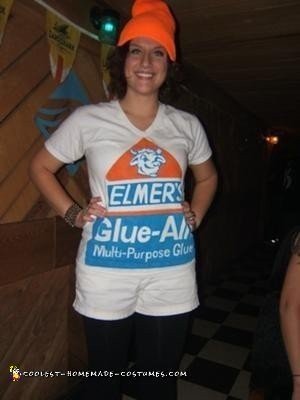 I had a couple of ideas this year about what I wanted to be for Halloween, and I decided on the Elmer’s Glue because it was the most cost effective. I also wanted something that was going to be easy to wear because I was going to be in a crowded bar for the night. … Read more 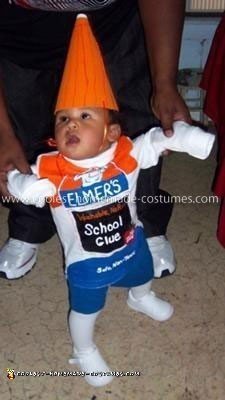 This Homemade Elmer’s Glue Child Costume is my son’s first Halloween so I wanted him to have a really awesome costume. And because I wanted it to be unique, I knew that I would be making it instead of buying one. I started with an oversized white turtleneck, about three sizes bigger than he needed. … Read more

This homemade Elmer’s glue costume was fairly simple to make and pretty cheap. My husband came up with the idea and I created it. First we bought some extra large white sweat pants from Walmart and an extra large t-shirt. We also bought a bright orange toboggan hat and a piece of sticky white felt … Read more