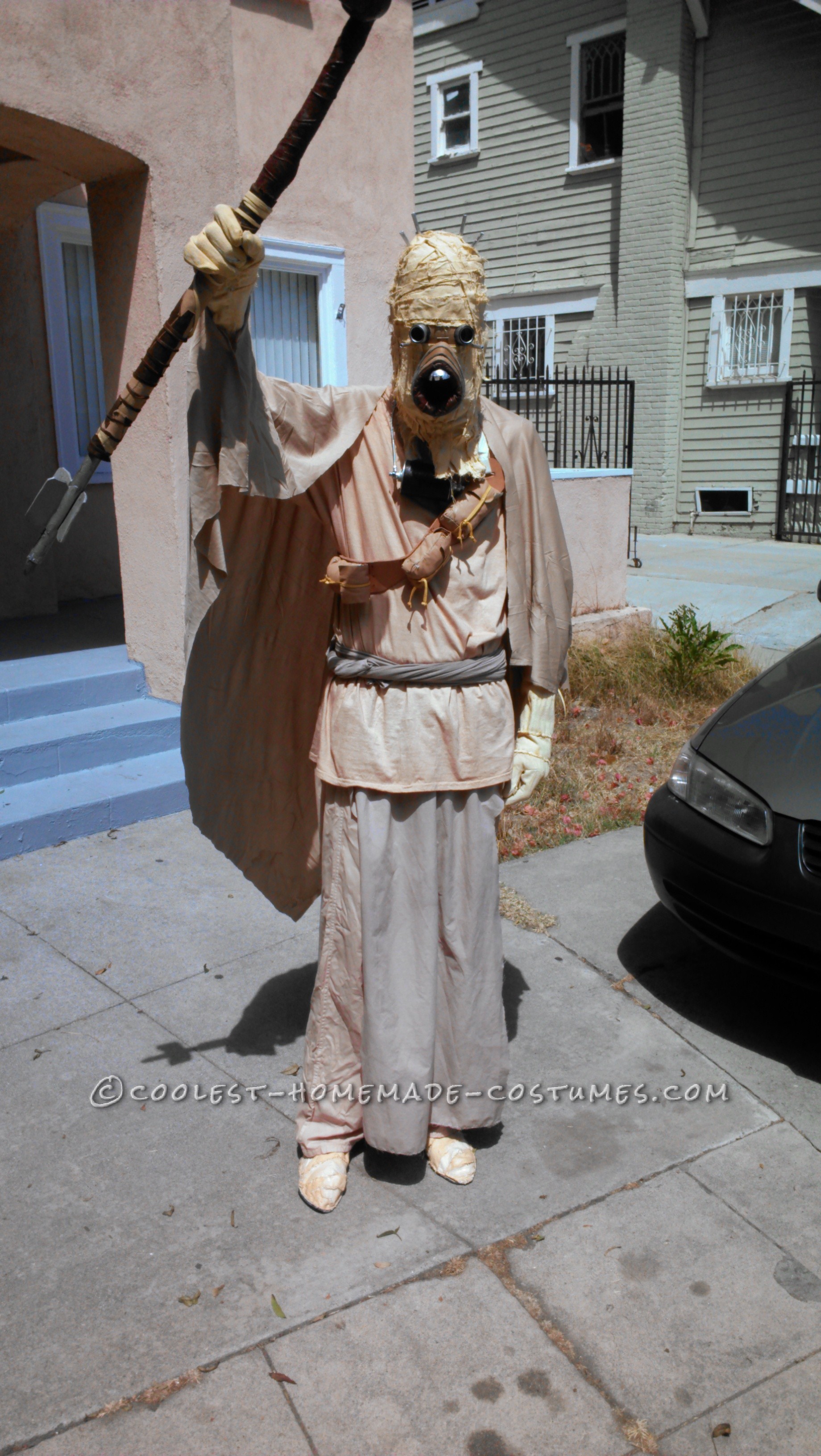 Two years ago this club in Los Angeles was having a Star Wars themed night, so I asked some friends on Facebook what I should be and their reply was a tuskin raider! So I had about 7 days till the event and had to think and act fast to make this costume happen!

I used part of a plastic 1 gallon water container,a beige towel,a rubber hose found on the street,a ping pong ball with aluminium tape covered,other beige material,plastic flash light heads from 99 cent store and a lot of sewing all by hand. It was really rough looking and you knew what I was trying to represent but it needed a lot of detailed work!

So this year I decided to redo it or rebuild it to make it exact as possible! I remade the mask,using canvas strips over netting which I then attached to the plastic gallon jug cut in half, making the mouth I used brown vinyl for the inside of the mouth and used real brown leather for the mouth, I also used the aluminium tape covered ping pong ball tooth again, I made the boots of this costume from scratch, using white thick leather for soles, I first sewed a canvas sock together and then sewed it to the leather soles, I then sewed strips of canvas over the canvas boots making it look like bandages.

I then started to make the staff and that was really a fun one to work on because of all the materials I used to build the tuskin staff. First I used a 2 inch thick dowel about 20 inches long and hand drilled holes in both ends for a 1 inch pipe, I then glued an 8 inch length of pipe to what would be the top and a 1 1/2 foot section to the bottom, I then bought an aluminium shower head from a 99 cent store to attach to the 8 inch length of pipe to give the staff that curve, then I bought some outdoor drying clay and fashioned the tuskin staff as per the picture as best as I could, I also took a round wood bird house feeder I got for a dollar and cut the cone shaped roof off!

I then spent time glueing everything together with Liquid Nails,once that was done and dried after several days I painted the head and wrapped the shower head neck down to the 2 inch dowel, I then used a glue mixture to go over the wraps. Then I painted again and attached the fins and wrapped the wood with 2 tone glove leather. I then had a staff just like the one in star wars. I also hand sewed the canvas gloves and leather chest bags, the costume is just a bunch of different pieces of clothing consisting of long sleeve undershirt, short sleeve over shirt, tie pants, skirt, shawl and lengths of beige and tan material.

The breather is made from a tin can, the lids of 2 paint bottles, metal handle from 5 gallon paint bucket, some leather and wire with bolts! I did go out on Halloween an I got alot of compliments! 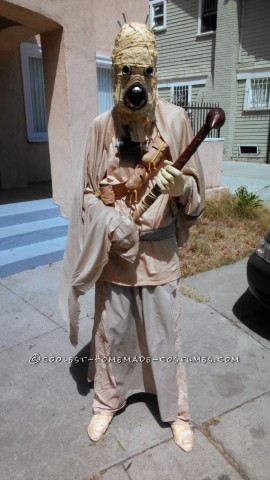 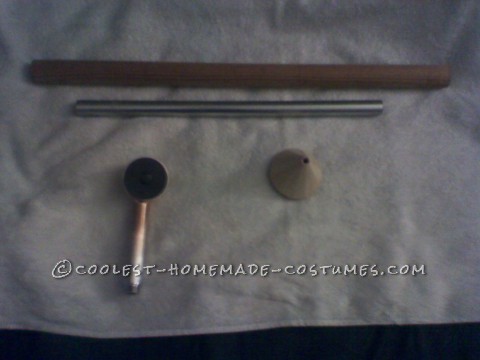 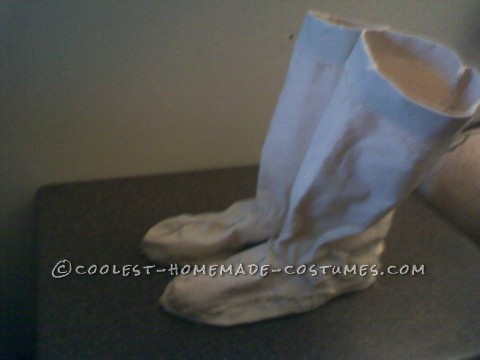 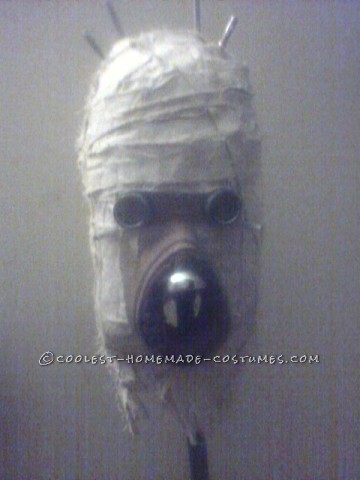 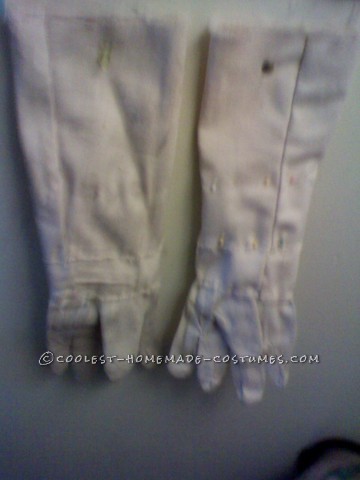